Spark!Lab, “Invention at Play,” and the New Lemelson Hall of Invention 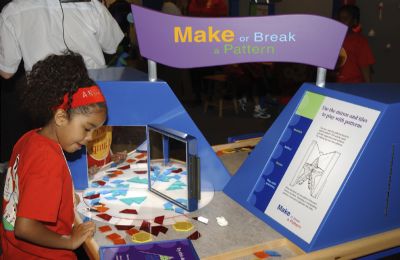 Expect to find several exciting projects from the Lemelson Center for the Study of Invention and Innovation when the Museum reopens on November 21, 2008. It all begins with a new permanent gallery dedicated to invention and innovation—the Lemelson Hall of Invention, a large, light-filled space that can accommodate a variety of exhibitions. The first exhibition for the new hall is “Invention at Play.” Previously on display in the Museum in 2002, this exhibition has been touring the country for the past five years in large and small formats. Drawing on inventors’ materials and research into children’s play habits, the exhibition departs from the tradition of focusing on a few famous figures or on particularly wacky creations. Instead, “Invention at Play” makes connections between the playful side of invention and the inventive side of play, and takes inventors and their work off of their pedestals to show that anyone can be an inventor.

Meanwhile, the Lemelson Center will give Museum visitors of all ages a look at the invention process in Spark!Lab, which takes the place formerly occupied by the Hands On Science Center. The new Spark!Lab preserves some of the old Hands On Science experiments but gives a broader view of invention and innovation and presents a more explicit look at their historical context. A new inventing area will allow visitors to make their own inventions to take home. Spark!Lab will have a brighter, more welcoming look and is suitable for entire families, as it now includes materials specifically for children under five.  Learn more about exciting new developments from the Lemelson Center.

The Smithsonian’s Lemelson Center is dedicated to exploring invention in history and encouraging inventive creativity in young people. Building on the Museum’s unique resources, the Lemelson Center follows three key avenues of exploration into invention and innovation: finding new ways to record the past by preserving and increasing access to records and artifacts; broadening our understanding of history through research, discussion, and dissemination of ideas; and looking toward the future by developing programs aimed at encouraging young people to invent. The Lemelson Center was founded in 1995 through generous gifts from Jerome and Dorothy Lemelson and The Lemelson Foundation.

Learn More about the Renovation
The Museum closed in 2006 for a major architectural transformation focusing on three areas: architectural enhancements to the museum’s interior, constructing a state-of-the-art gallery for the Star-Spangled Banner and updating the 42-year-old building’s infrastructure (mechanical, electrical, plumbing, lighting, fire and security systems.) It reopened November 21, 2008. Learn more.