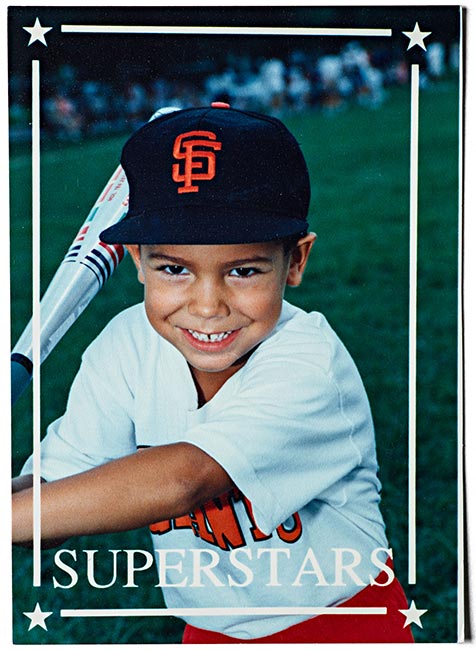 Before he was a World Series champion, Anthony Rendon, the former Washington Nationals third baseman and current Los Angeles Angel, was an ordinary kid; signed up for youth baseball at the YMCA in Houston. His childhood jersey and “first” baseball card will be on view in the upcoming Smithsonian exhibition, “¡Pleibol! In the Barrios and the Big Leagues/En los barrios y las grandes ligas” at the National Museum of American History beginning Oct. 9, 2020.

Rendon’s story, like that of many baseball-loving families in Latino communities, shows passion and dedication to the game. The bilingual exhibition will capture the excitement of the sport and will highlight how Latinas/os have transformed American culture and society through the lens of baseball, the national pastime.

The Smithsonian Institution Traveling Exhibition Service (SITES) will be traveling a version of “¡Pleibol!” to 15 cities through 2025. In Washington, D.C., the exhibition opens in the museum’s Albert M. Small Documents Gallery and will feature more than 60 artifacts and objects such as baseball cards, programs and scrapbooks.

“‘¡Pleibol!’ presents major league stories, but it is first and foremost rooted in communities and the reality of who was allowed to play ball and where,” said Margaret Salazar-Porzio, curator in the museum’s Division of Cultural and Community Life. “The story we tell shows how Latino communities played, celebrated and changed the game.”

In 2018, Latino players accounted for almost 30% of the 877 major league roster spots, and Latinos play a role as scouts, managers and even owners of Major League Baseball teams. “¡Pleibol!” focuses on how Latino/a trailblazers changed the game nationally in the major leagues and locally in their communities. Artifacts on view at the museum will range from Roberto Clemente’s batting helmet (which has been in the Smithsonian collections since 1981) to Pedro Martinez’s game-worn New York Mets jersey and Colorado Rockies team co-owner Linda Alvarado’s team jacket, as well as unique pieces such as baseball Hall of Famer Marge Villa’s girlhood uniform from before she became one of the few Latinas to play in the All-American Girls Professional Baseball League. These artifacts will be displayed alongside artwork, scrapbooks, handmade baseball equipment and community-league jerseys that demonstrate the importance of baseball in the everyday life of Latino families. Many of these artifacts are new to the museum’s collections and have never been on display.

The traveling exhibition will allow host organizations to highlight local stories through the inclusion of objects from their collections.

“¡Pleibol! In the Barrios and the Big Leagues/En los barrios y las grandes ligas” is made possible through close collaborations with more than 30 partners in 14 states, Washington, D.C., and Puerto Rico to help bring visibility to Latino community histories through baseball. In a series of collecting and preservation events over four years (2015–2018), Smithsonian curators traveled the country and collaborated with local partners to document and preserve baseball stories at the heart of Latino communities.

The exhibition is organized by the National Museum of American History in collaboration with SITES. It received support from the Cordoba Corp. and federal support from the Latino Initiatives Pool, administered by the Smithsonian Latino Center.

SITES has been sharing the wealth of Smithsonian collections and research programs with millions of people outside Washington, D.C., for more than 65 years. For tour information and schedules, visit sites.si.edu.

Major League Baseball Player Anthony Rendon pictured at age 5 on a Houston YMCA Giants T-ball league card. The front is emblazoned with “Superstars” and the back includes his height of 3 ft., 10 in.

Gift of Rene and Bridget Rendon to the National Museum of American History, Smithsonian Institution