September 16, 2007
This fall, three new books by curators of the Smithsonian’s National Museum of American History, Michelle Delaney, William L. (Larry) Bird, Jr. and Shannon Thomas Perich will give the public a glimpse into the vast resources of the Museum’s collections.

In this book, Delaney presents, for the first time, 100 of Käsebier’s compelling photographic portraits of Native Americans from Buffalo Bill’s Wild West Shows.  This stunning photographic history will captivate readers as they experience the stirring sense of awe that this turn-of-the-century female photographer felt in 1898 upon witnessing the grace and power of the Sioux Indians performing in the show.  Käsebier’s series of portrait-style photographs, taken over the course of several weeks, reveals the strength and character of each individual Sioux who was personally invited to her New York City studio.  These unique images — obtained by the woman known to some as the foremost portrait photographer of her era — feature several individuals in ceremonial Sioux costumes, capturing the transitioning lifestyle and customs of the Western tribes at the dawn of the new century.

“The Kennedys: Portrait of a Family”

No family has captured the fascination of the American public like the Kennedys.  In 1961, internationally acclaimed photographer Richard Avedon of Harper’s Bazaar magazine photographed John F. Kennedy and his young family a few weeks before the presidential inauguration.  This photographic history showcases a selection of more than 75 outstanding images from the historic Harper’s Bazaar photo session that have never been published.  Avedon donated more than 200 images of the session to the Museum in 1966, complementing the Museum’s 1962 acquisition of Jackie Kennedy’s inaugural gown (currently on display with other Avedon photos in the “Treasures of American History” exhibition).

Delaney and Perich both draw on the vast resources of the Museum’s Photographic History Collection — the nation’s first museum photography collection.  This massive collection consists of 150,000 images capturing the history, art, and science of photography from its origins in the nineteenth-century through the modern era.

The warm glow exuding from animated store windows never ceases to arouse a feeling of nostalgic comfort in many Americans during the frigid months of the holiday season.  In “Holidays on Display,” Bird examines what makes these windows, along with lighting displays and parade floats, have such a strong appeal to consumers.  He does this through a photographic and textual history of all aspects of the display world.  The book tracks the evolution — during the course of the 20th century — of the outdoor lighting, animated windows, and parade floats that fill the streets of America with “holiday spirit.”  Bird’s seamless use of text and more than 100 never-before-seen images produces a vivid and telling reminder of numerous emotionally stirring displays — from Wanamaker’s The Land of Really-So to the Macy’s Thanksgiving Day Parade. 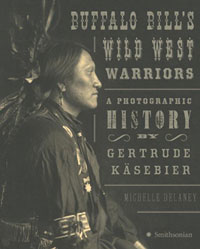 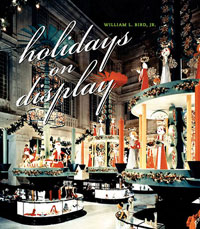 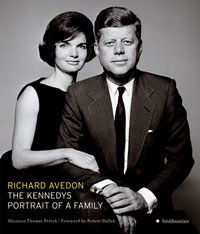 The National Museum of American History is currently closed for building renovations. A large selection from the Museum’s collections is on view at the Smithsonian’s National Air and Space Museum.  “Treasures of American History” represents the breadth of American history, featuring an engaging mix of the famous, the familiar, and the unexpected, including the Ruby Slippers, Kermit the Frog, Lincoln's top hat, the Lewis and Clark compass, the Greensboro lunch counter, and Edison's light bulb.

The National Museum of American History collects, preserves and displays American heritage in the areas of social, political, cultural, scientific and military history. Documenting the American experience from Colonial times to the present, the museum looks at growth and change in the United States. The Museum is closed for major renovations and will re-open in summer 2008. For information about the Museum, please visit https://americanhistory.si.edu/ or call Smithsonian Information at
(202) 633-1000, (202) 633-5285 (TTY).