"Special Olympics at 50" Celebrates Diversity and Inclusion in Sports
July 6, 2018 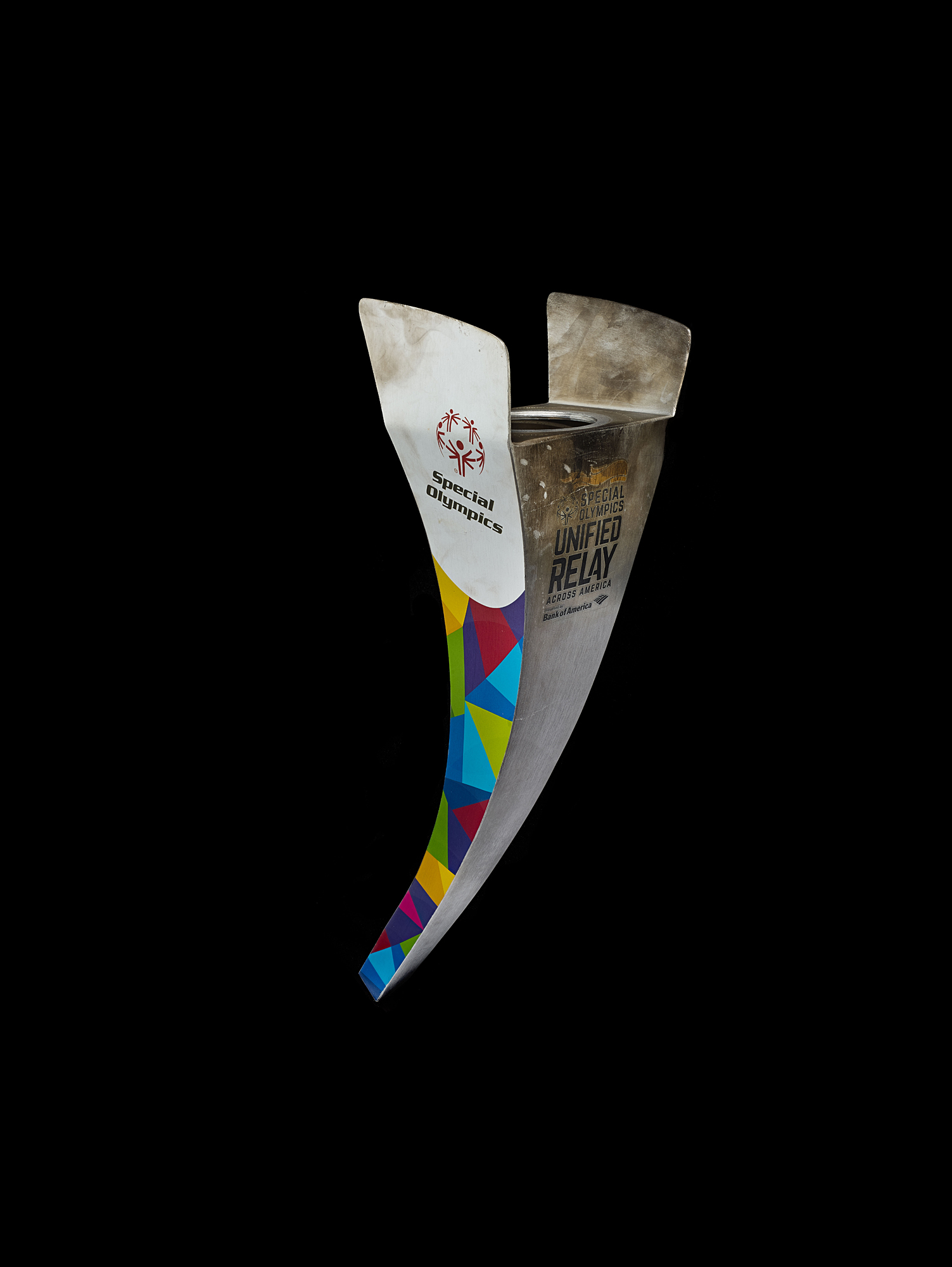 The Smithsonian’s National Museum of American History will open “Special Olympics at 50” July 10, a new display showcasing 50 years of Special Olympics. Founded at a time when people with intellectual disabilities (ID) were often institutionalized or hidden away, Special Olympics changes attitudes about the abilities and talents of children and adults with ID—giving them the chance to train their bodies, build confidence, meet new people and share skills through sports.

In 1962, Eunice Kennedy Shriver (1921–2009) started Camp Shriver in her backyard with 75 youths with ID and a handful of volunteers. By 1968, her little camp had grown into Special Olympics, a place where athletes without other outlets could compete in sports. Today, Special Olympics is the largest sports organization for people with ID, made up of more than 5 million athletes in 174 countries and more than 1 million volunteers.

“Special Olympics at 50” highlights the lives of four athletes who participated in the games over the years as well as Shriver who grew Camp Shriver into the Special Olympics by 1968. Included in the display are Shriver’s clipboard and hat from the 1988 Special Olympics annual conference and a pennant from the first international games, Marty Sheets’ (1953–2015) ski hat and competition bib from the first Special Olympics International Winter Games in Colorado in 1977 and Ricardo Thornton’s jersey from a Special Olympics D.C. race and medal from the National Games in Nebraska in 2010. Also on view will be Loretta Claiborne’s T-shirt from the 1972 International World Summer Games and a torch carried at the 2015 World Games in Los Angeles, and Lee Dockins’ leotard from the 2007 World Summer Games in China and leather grips. Visitors will have the chance to experience the games by jumping between agility lines and seeing the height of the uneven parallel bars.

Through incomparable collections, rigorous research and dynamic public outreach, the National Museum of American History explores the infinite richness and complexity of American history. It helps people understand the past in order to make sense of the present and shape a more humane future. It located on Constitution Avenue N.W., between 12th and 14th streets, and is open daily from 10 a.m. to 5:30 p.m. (closed Dec. 25). Admission is free. For more information, visit https://americanhistory.si.edu. For Smithsonian information, the public may call (202) 633-1000.