Smithsonian Spotlights Giving in Culture and the Arts 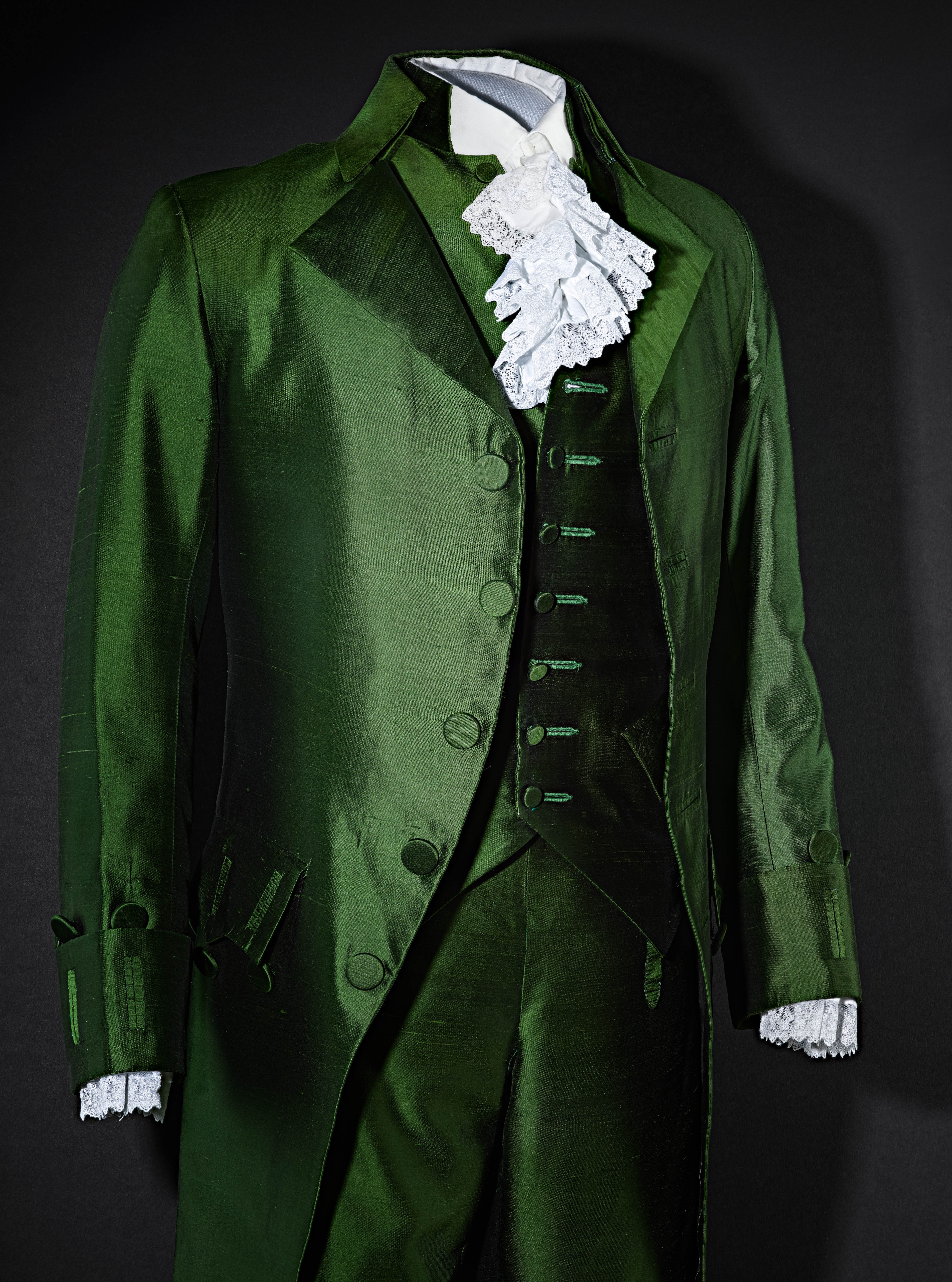 Culture and the arts philanthropy takes center stage at the Smithsonian’s National Museum of American History beginning March 22 when the museum updates its long-term exhibition “Giving in America” with a section examining the contributions of artists in mobilizing support for an array of causes, ranging from arts education to humanitarian aid.

Sting’s 1978 Fender Stratocaster guitar, Lin-Manuel Miranda’s costume from Broadway’s Hamilton: An American Musical, Misty Copeland’s ballet slippers, Kermit the Frog and a program from Farm Aid are spotlighted in a 10-foot section of the permanent exhibition to reflect this year’s annual theme on culture and arts.

“Giving in America” is a long-term exhibition that looks at the history of philanthropy’s role in shaping the United States. It is part of a larger project, the Smithsonian Philanthropy Initiative, which launched in 2015 to explore philanthropy’s collaborative power through collecting, researching, documenting and displaying materials related to the history and impact of American giving.

“There’s no better way to inspire and spark a spirit of giving than through culture and the arts,” said Amanda B. Moniz, the museum’s David M. Rubenstein Curator of Philanthropy. “Artists themselves have long used their names and their talents to inspire giving, and we want visitors to feel that generous spirit and come away realizing that when we give, we help shape our local, national and international communities today and across generations.”

The exhibit also features letters by signers of the Giving Pledge known for their arts and culture philanthropy: Barry Diller and Diane von Furstenberg, Sidney Kimmel, Robert and Arlene Kogod, Liz and Eric Lefkofsky, Duncan and Nancy MacMillan, and Jorge M. and Darlene Perez. These letters will be on view from March to September when a second rotation of letters by Bill Ackman, Michael R. Bloomberg, Brian Chesky, Michael and Lori Milken, Vicki and Roger Sant and Claire and Leonard Tow goes on view from September to March 2019. The Giving Pledge is a commitment by the world’s wealthiest individuals and families to dedicate the majority of their wealth to philanthropy. Additionally, visitors can peruse these and over 130 other Giving Pledge letters on a digital kiosk in the Giving in America exhibition.

The emerald green 18th-century-style silk suit worn by Miranda and designed by Paul Tazewell for the Broadway musical Hamilton is on display to represent how the show’s creators and actors joined together to help a variety of causes, including support for the child-welfare agency founded 200 years ago by Eliza Hamilton, now known as Graham Windham. The suit will be on view through July 29, when it will be replaced by a Willie Nelson performance costume. Later this summer, the museum expects to place a portrait of Mrs. Alexander Hamilton (Elizabeth or Eliza) by Daniel P. Huntington, donated by Graham Windham, on view.

World-renowned musician Sting contributes to many charitable organizations and is the co-founder of the Rainforest Fund with his wife Trudie Styler. The case features his 1978 black-bodied Fender Stratocaster guitar that he played at Amnesty International’s “The Secret Policeman’s Other Ball” in 1981 and on which he created the hit song “Message in a Bottle.”

Copeland became the first African American woman to be named the principal dancer at the American Ballet Theatre (ABT). Her ballet slippers illustrate her dedication to mentoring children as part of ABT’s Project Plié and serving as an ambassador to the Boys & Girls Club of America, where she started dance classes at the age of 13. Another object that depicts philanthropy related to children’s education is the Muppet character Kermit the Frog. Created by Jim Henson, Kermit starred in Sesame Street, which began on public television supported by individual viewers as well as government, foundation and corporate funding. A program from the 1985 Farm Aid concert is used to tell the story of how musicians Nelson, John Mellencamp and Neil Young came together to support American family farms.

The Smithsonian Philanthropy Initiative is made possible through a grant from the Bill & Melinda Gates Foundation and a gift from David M. Rubenstein, co-founder and co-executive chairman of The Carlyle Group and chair of the Smithsonian Board of Regents. In 2017, the initiative received additional support from the Fidelity Charitable Trustees’ Initiative, a grant making program of Fidelity Charitable.

The funding also supports programming, including the third annual symposium, “The Power of Giving: Philanthropy’s Impact on American Life” set for March 22. The invitation-only program convenes philanthropists, thought leaders and social and cultural innovators to discuss philanthropy’s impact on culture and the arts. The keynote speech will be by Darren Walker, president of the Ford Foundation, and the program features panels and performances that illustrate how Americans continue to use the arts to raise awareness, mobilize resources and find common ground. For more on the Philanthropy Initiative, visit http://www.americanhistory.si.edu/philanthropy.

The support also makes possible the long-term exhibition and the continuing collecting and display of artifacts related to the history of philanthropy and the endowed curatorial position. New artifacts featured in the long-term “Giving in America” exhibition include a copy of James Smithson’s will, which provided for the creation of what became the Smithsonian Institution; an adding machine from Joseph Hirshhorn, the founder of the Smithsonian’s Hirshhorn art museum; a 1940 Bowl of Rice party banner used by the Chinese American community to raise funds for humanitarian relief efforts in China; a drawing by the president of the Kresge Foundation used to help its board conceptualize funding priorities; a loan from the Rockefeller Foundation of a World War I-era ceremonial embroidered flour sack; and an embosser donated by Plan International USA, a child-sponsorship organization that helps audiences understand American interest in supporting international relief in the post-WWII era.

A companion display, “Art in Industry,” also opens March 22 just opposite “Giving in America,” with a focus on the innovation and implementation of arts to boost the U.S. economy and innovation.

Through incomparable collections, rigorous research and dynamic public outreach, the National Museum of American History explores the infinite richness and complexity of American history. It helps people understand the past in order to make sense of the present and shape a more humane future. For more information, visit https://americanhistory.si.edu. The museum is located on Constitution Avenue, between 12th and 14th streets N.W., and is open daily from 10 a.m. to 5:30 p.m. (closed Dec. 25). Admission is free. For Smithsonian information, the public may call (202) 633-1000.