Dress Joins Collections in the National Museum of American History
May 18, 2019 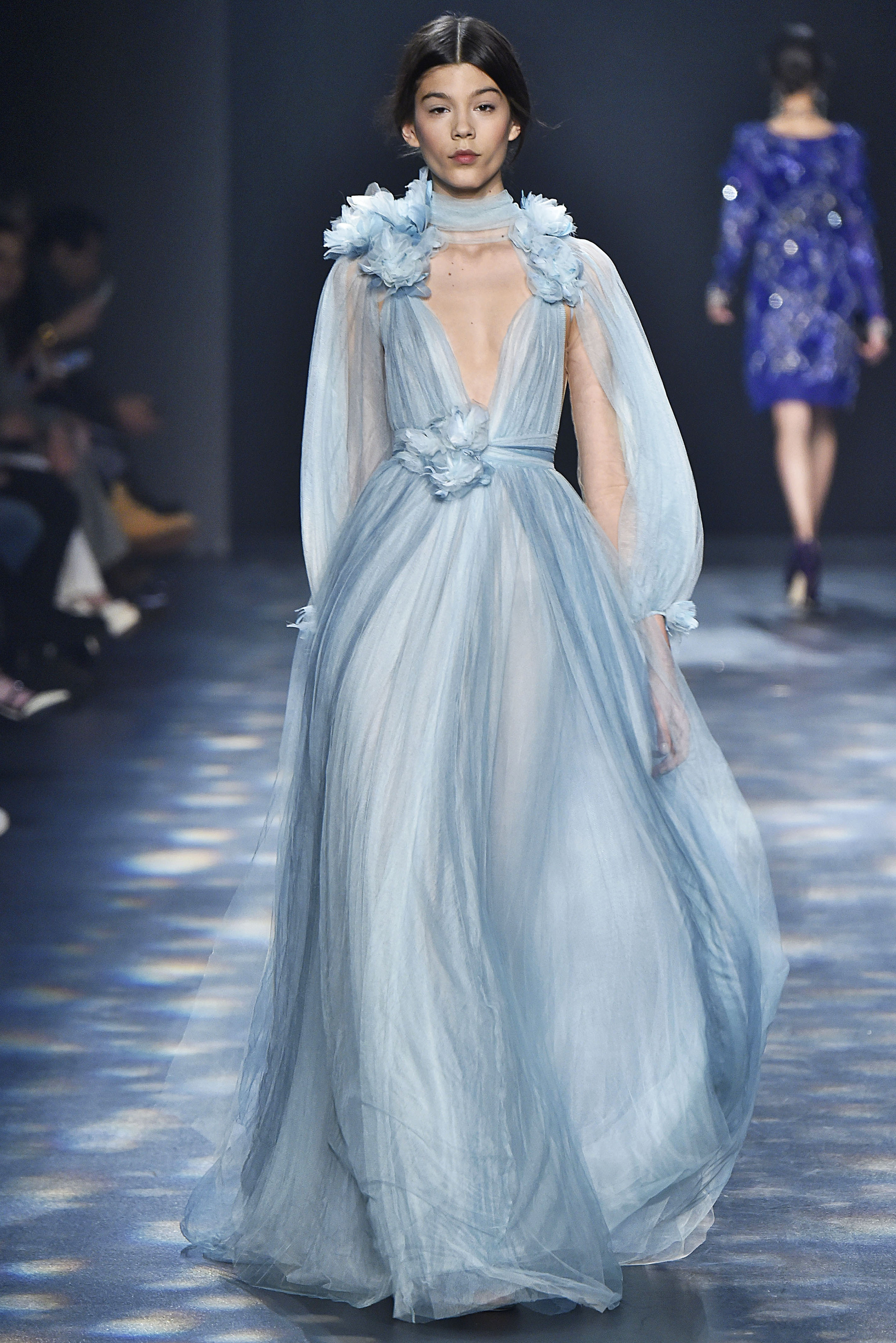 This blue gown is part of a pivotal moment in the film’s plot in which Rachel Chu, played by actress Constance Wu, attends a high-profile wedding in defiance of her boyfriend’s disapproving mother Eleanor Young, played by Michelle Yeoh. The gown is a floor-length Grecian-style dress made of light blue tulle with floral applique, a deep V-neck and a cinched waist. The original version of the dress designed by Marchesa for its fall 2016 collection featured long sleeves, but they were temporarily removed by the film’s production for aesthetic purposes. The museum will receive the altered sleeveless version that appeared in the film.

“The film’s use of fashion is not merely decorative or secondary,” said Theodore S. Gonzalves, curator in the Division of Culture and Community Life at the National Museum of American History. “The cast’s clothing plays a crucial role in marking social class among its characters—from multi-generational moneyed elites of Peranakan (Straits-born Chinese immigrants), to the nouveau riche strivers of Singapore, to working class Chinese immigrants in the United States and their Asian American model minority progeny.”

Crazy Rich Asians is notable for having a mostly East Asian cast, the first Hollywood film to do so since The Joy Luck Club in 1993. The Warner Bros. film grossed $238 million worldwide, making it the highest-grossing romantic comedy in a decade. The Crazy Rich Asians Marchesa gown joins a rich collection of museum artifacts with origins in film and entertainment such as Dorothy’s Ruby Slippers from The Wizard of Oz, Batman’s cowl from Batman and Robin and a handmaid’s costume from The Handmaid’s Tale TV show. The museum’s Archives Center also has a number of other theatrical scripts, video and audiotapes in its Luther Davis Collection.

Marchesa is an American brand specializing in women’s wear based in New York City. Georgina Chapman and Keren Craig established it in 2004.

Through incomparable collections, rigorous research and dynamic public outreach, the National Museum of American History explores the infinite richness and complexity of American history. It helps people understand the past in order to make sense of the present and shape a more informed future. The museum is located on Constitution Avenue N.W., between 12th and 14th streets, and is open daily from 10 a.m. to 5:30 p.m. (closed Dec. 25). Admission is free. For more information, visit https://americanhistory.si.edu. For Smithsonian information, the public may call (202) 633-1000.