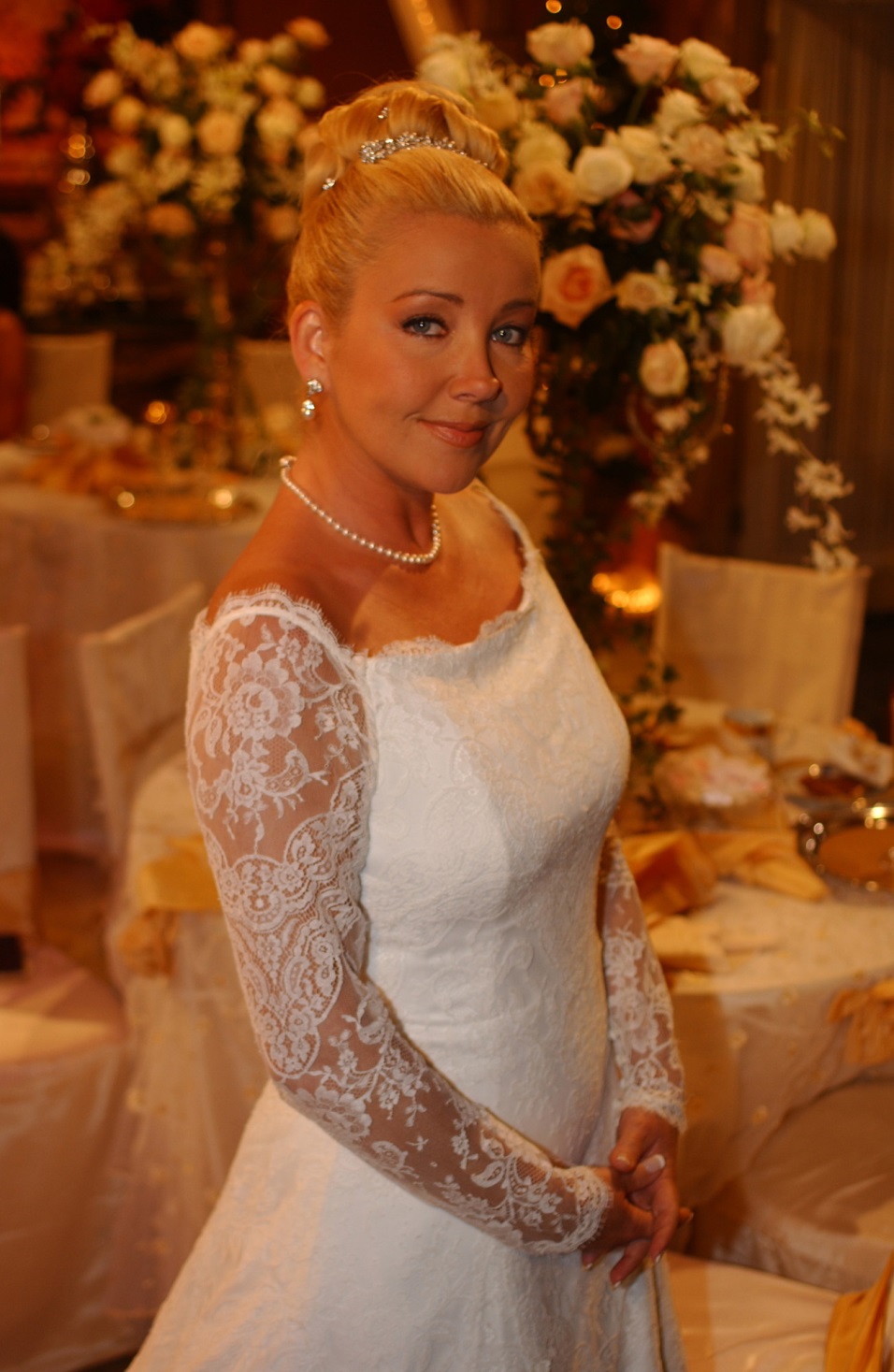 The Smithsonian’s National Museum of American History will receive the wedding gown worn by actress Melody Thomas Scott as “Nikki” during one of her 12 weddings on the daytime drama, The Young and the Restless. This gown was worn on air in 2002 during her second wedding to “Victor Newman,” played by actor Eric Braeden. Scott has been a major player in The Young and the Restless daytime drama, acting on the show for more than 34 years. The dress was pledged to the museum during the Sunday, June 16, broadcast of the 40th Annual Daytime Emmy Awards.

The museum has partnered with the National Academy of Television Arts & Sciences to collect objects reflecting the contributions of daytime television. A donation ceremony in May marked the partnership’s beginning with donations from All My Children actress Susan Lucci, Jeopardy! host Alex Trebek, and Kathy and Phil Parker of Barney. The donations represent three of the Daytime Entertainment Emmy categories—daytime dramas, game shows and children’s programming.

Through incomparable collections, rigorous research and dynamic public outreach, the National Museum of American History explores the infinite richness and complexity of American history. The museum helps people understand the past in order to make sense of the present and shape a more humane future. The museum is currently renovating its west exhibition wing, developing galleries on business, democracy and culture. For more information, visit https://americanhistory.si.edu. The museum is located at 14th Street and Constitution Avenue N.W., and is open daily from 10 a.m. to 5:30 p.m. (closed Dec. 25). Admission is free.