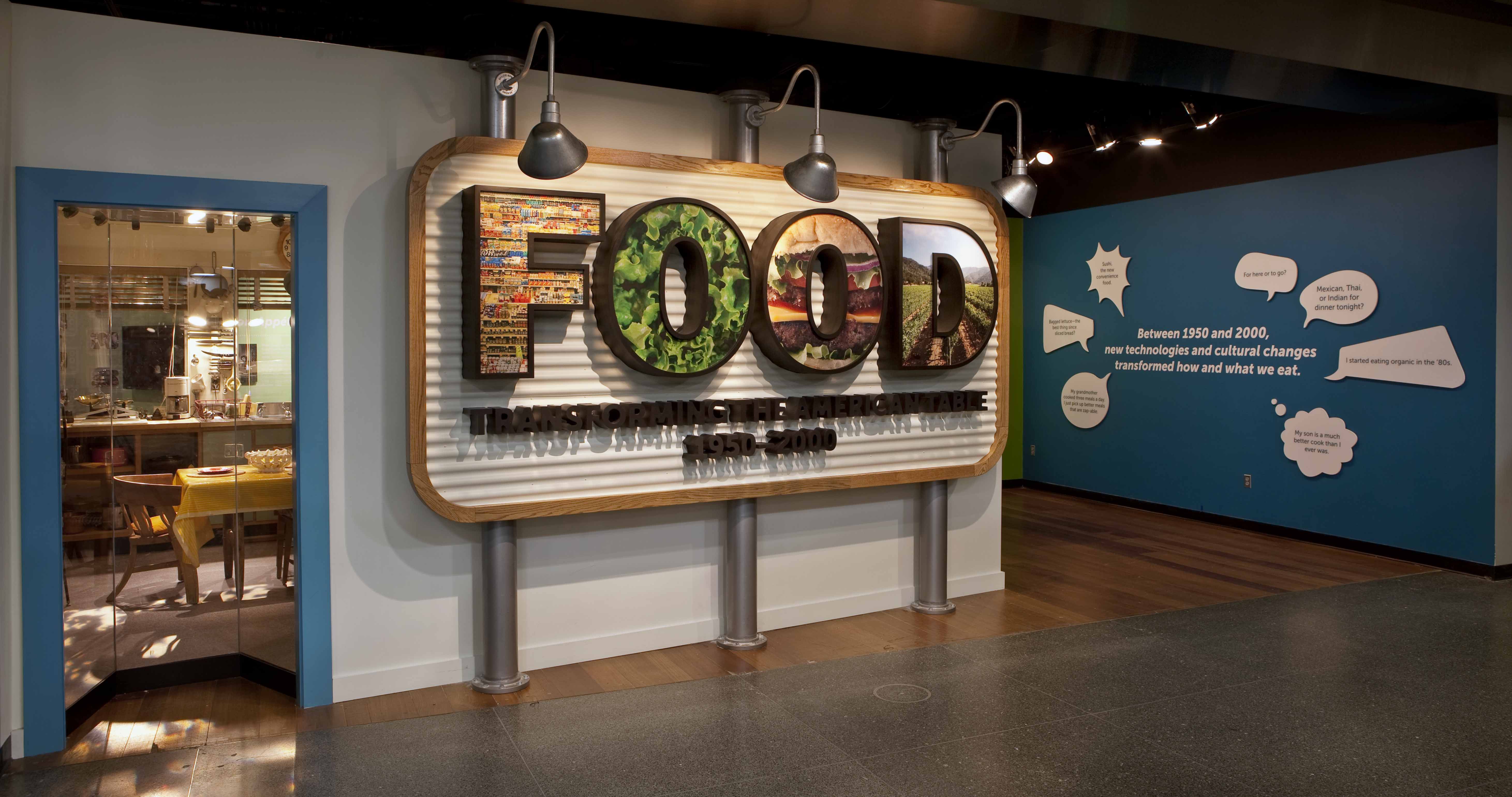 The Smithsonian’s first major exhibition on food history—“FOOD: Transforming the American Table 1950–2000,” opening at the National Museum of American History Nov. 20—explores some of the major changes in food and eating in postwar America. Among the topics on the 3,800-square-foot exhibition’s menu are changes in food production and processing, in who cooks and why, where and when meals are consumed and what people know (or think they know) about what is good for them.

Julia Child’s kitchen, which she donated to the museum in 2001 along with its hundreds of tools, appliances and furnishings, serves as the opening story of “FOOD,” demonstrating her influence on the culinary field, food television and the ways many Americans think about food and cooking.

“Food is a fundamental subject that everyone can relate to,” said Paula Johnson, museum curator and project director for the exhibition. “The second half of the 20th century was a time of rapid change in America. This exhibition taps into the widespread and robust interest in food-related topics and encourages dialogue about food and the forces and factors that influenced how and what we eat.”

“FOOD” looks at the impact of innovations and new technologies and the influence of social and cultural shifts in four sections with 160 objects:

For more information on “FOOD,” the public may visit https://americanhistory.si.edu/food.

“FOOD” has been made possible through support from Warren and Barbara Winiarski (Winiarski Family Foundation), the Land O’Lakes Foundation, the Julia Child Foundation for Gastronomy and the Culinary Arts, the History channel, Miljenko “Mike” Grgich and the Nutrients for Life Foundation.

The exhibition is open-ended and serves as the foundation for a major initiative by the National Museum of American History to create an ongoing program on food and drink in America. The museum envisions taking food and food history to the nation through its ongoing collecting efforts and a series of symposia and intellectual exchanges, online offerings and dynamic public programs. An advisory group will counsel the museum on ongoing collecting, research, programming and fundraising efforts. In 2015, following completion of renovations in the west exhibition wing, the museum’s first floor will house a state-of-the-art demonstration kitchen.

The National Museum of American History collects, preserves and displays American heritage in the areas of social, political, cultural, scientific and military history. To learn more about the museum, visit https://americanhistory.si.edu. For Smithsonian information, the public may call
(202) 633-1000.