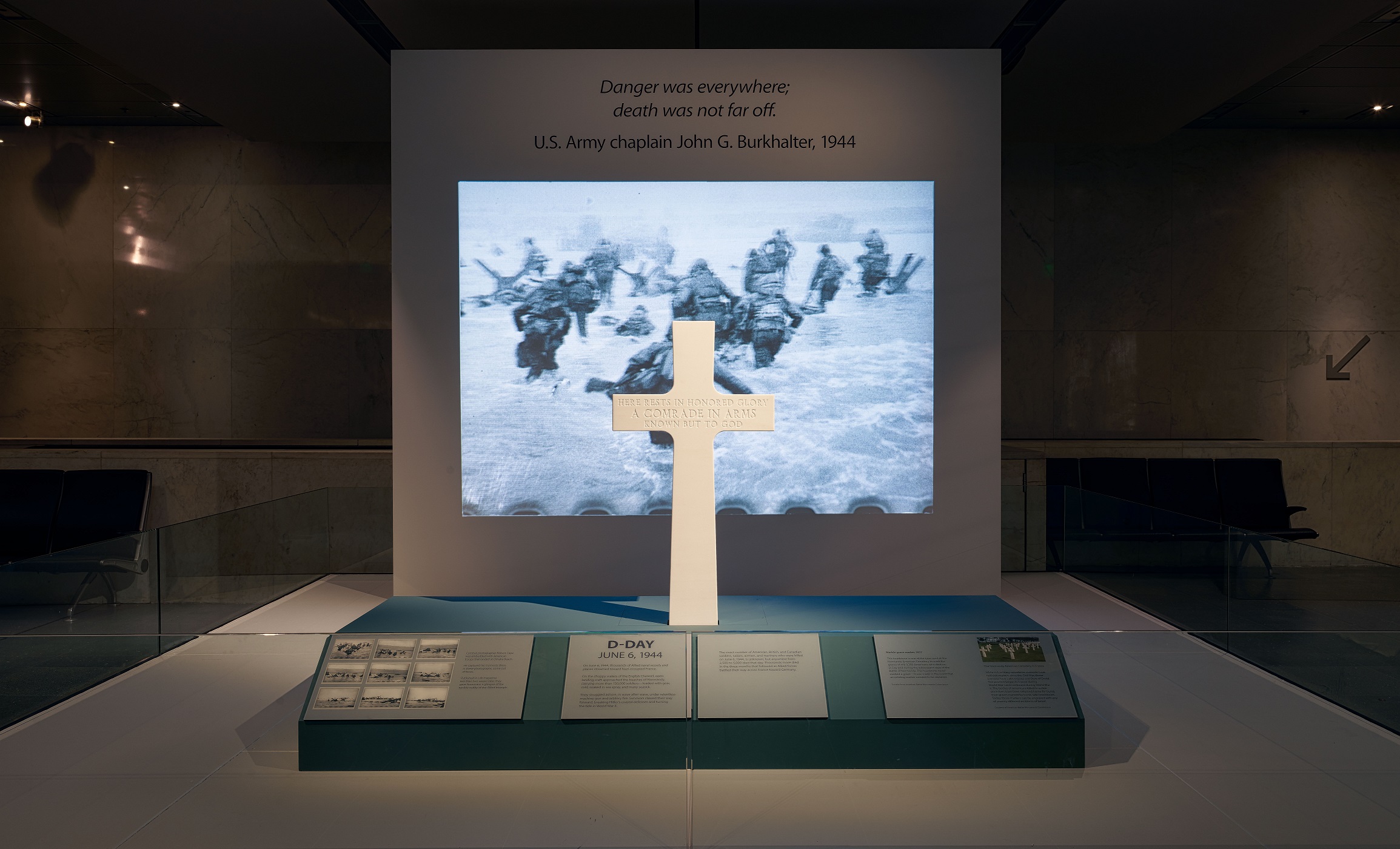 The Smithsonian’s National Museum of American History will mark the 75th anniversary of D-Day with a display of select objects from the museum’s World War II collection beginning June 6.

On this day in history, the Allied forces began their Normandy landing operations, invading northern France, which ultimately led to the liberation of German-occupied France from Nazi control and laid the foundations of the Allied victory on the Western Front.

The focus of the display and a Latin cross grave marker as well as one of two existing grappling hooks used by Army Rangers at Pointe du Hoc, Normandy. Alongside these unique items are identification tags, photographs, a canteen and spent .50-caliber machine gun casings recovered from Utah Beach (one of the fire sectors of the Allied invasion). The display will be on view at the landmark entrance to the museum’s “Price of Freedom: Americans at War” exhibition.

The cross—a grave marker made of Italian Lasa marble—came to the museum as a government transfer from the American Battle Monuments Commission. The inscription on the front of the cross is made out to an “unknown comrade,” a nod to the vast number of Americans in all lines of service that contributed to the efforts of WWII—9,238 of these grave markers span 172.5 acres at the Normandy American Cemetery and Memorial located in Colleville-sur-Mer, France. Jewish service members were given a Star of David marker. This cross was a spare, held in reserve and believed to be the only example of its kind in an American museum. The grappling hook on view is one of two known to exist from June 6, 1944. Army Rangers used these hooks to climb a 100-foot cliff under enemy fire on their way to destroy a German gun battery.

“The grave marker represented the tremendous human cost of D-Day and the physical, mental and individual efforts of the American fighters, driven to get ashore, stay ashore and defeat the enemy,” said Frank Blazich, curator of military history at the museum.

In military use, “D-Day” is a day on which a combat attack or operation is to be initiated. The Battle of Normandy began on June 6, 1944, making it the most well-known “D-Day” of its kind. The invasion was one of the largest seaborne attacks in human history and ultimately liberated Western Europe from Nazi control. By 1941, officials determined that the only option for defeating Nazi Germany was to invade the Western European continent, so planning commenced for an Allied invasion of France. Forces landed at five beaches code-named Utah, Omaha, Gold, Juno and Sword. For many of the American soldiers involved, the landings at Normandy would be their first introduction to combat.