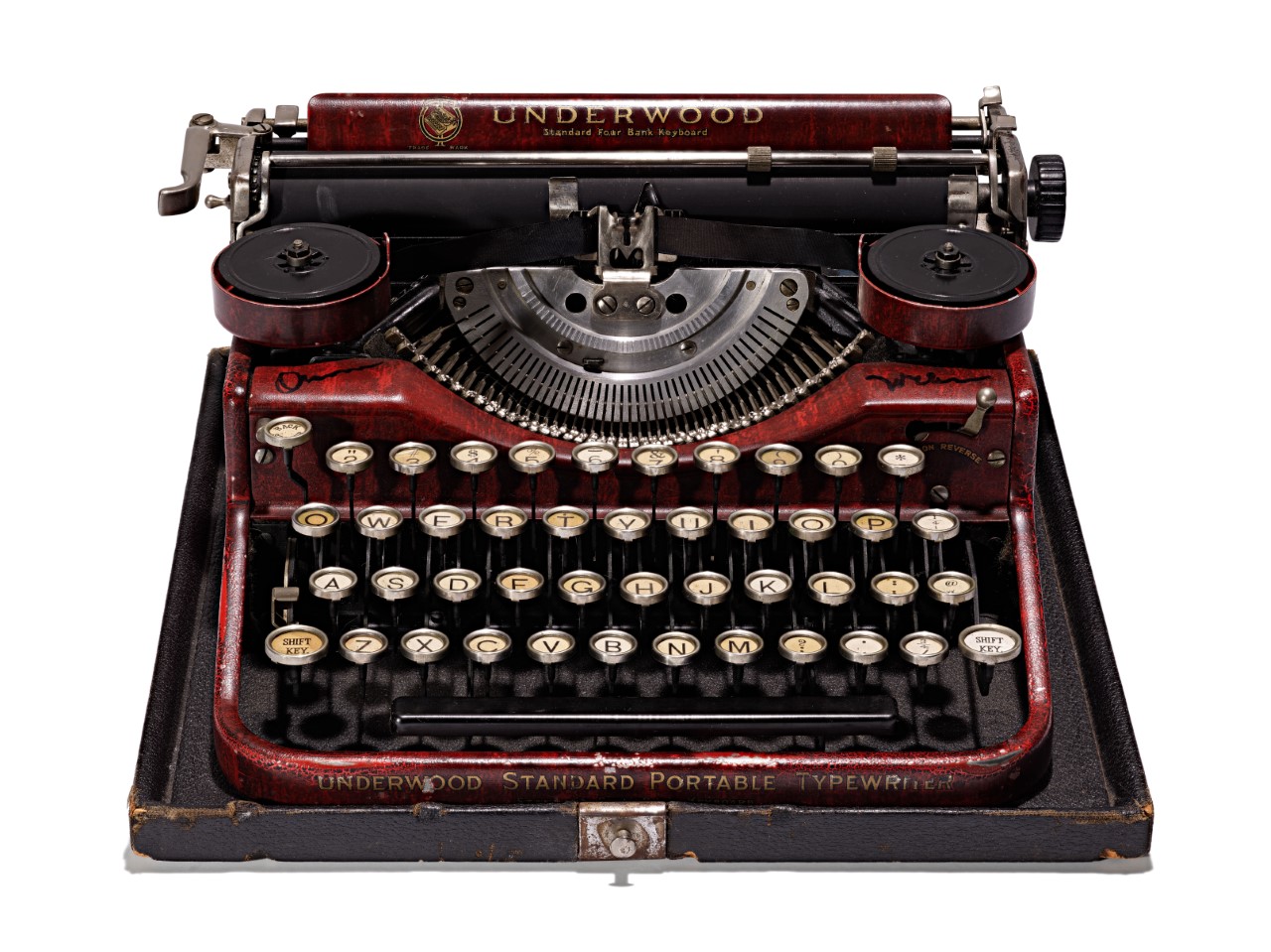 Typewriters have played a role in bringing the words of poets, authors, screenwriters and other artists to life. A recent donation to the Smithsonian’s National Museum of American History from Steve Soboroff, California businessman and a Los Angeles Police Commissioner, of six typewriters used by American cultural icons will give a glimpse into some of the most influential minds of the 20th century. While the machines themselves are quite standard, their significance comes from their previous owners: Maya Angelou, Joe DiMaggio, Elia Kazan, John Lennon, Jerome “Jerry” Siegel and Orson Welles.

DiMaggio purchased his 1934 Smith-Corona Sterling Typewriter in 1954. It was the household machine during his brief marriage to Marilyn Monroe that year. A bank card found inside the typewriter, dated 1990, indicates that DiMaggio may have used the typewriter for decades after.

Lennon used his 1932 Imperial Model T typewriter throughout the 1950s. His aunt Mimi Smith recalled that he used the typewriter for some of his earliest songwriting.

Welles used his 1926 4-bank Underwood typewriter throughout the 1930s and ’40s. It was likely the machine that brought “Citizen Kane” and “The Lady from Shanghai” to life.

Kazan’s Royal HH typewriter, built in 1955, was likely used to write several of his acclaimed books, including “American America” (1962) and “The Arrangement” (1967). He may have used it to write the screenplays based on those books.

Angelou’s Adler typewriter, built in 1989, is the machine on which she typed out her poems and other works until her death in 2014.

Though these six machines might at first seem like unremarkable objects, being mass-produced and once commonplace in most American homes, they carry incredible historical significance. These typewriters functioned not only as tools but as extensions of the writers themselves. Through them, these giants of art and literature can simply be seen as people. Their legendary works began as ink on a piece of paper running through a typewriter.

The museum plans to use these typewriters to tell multiple stories about the importance of the written word to social, political and cultural developments over the course of the nation’s history. With the December 2022 opening of the museum’s culture wing, Angelou’s typewriter will go on view in a “New Acquisition” case, and Welles’ will be displayed in the “Entertainment Nation”/”Nacion del Espectaculo” exhibition.