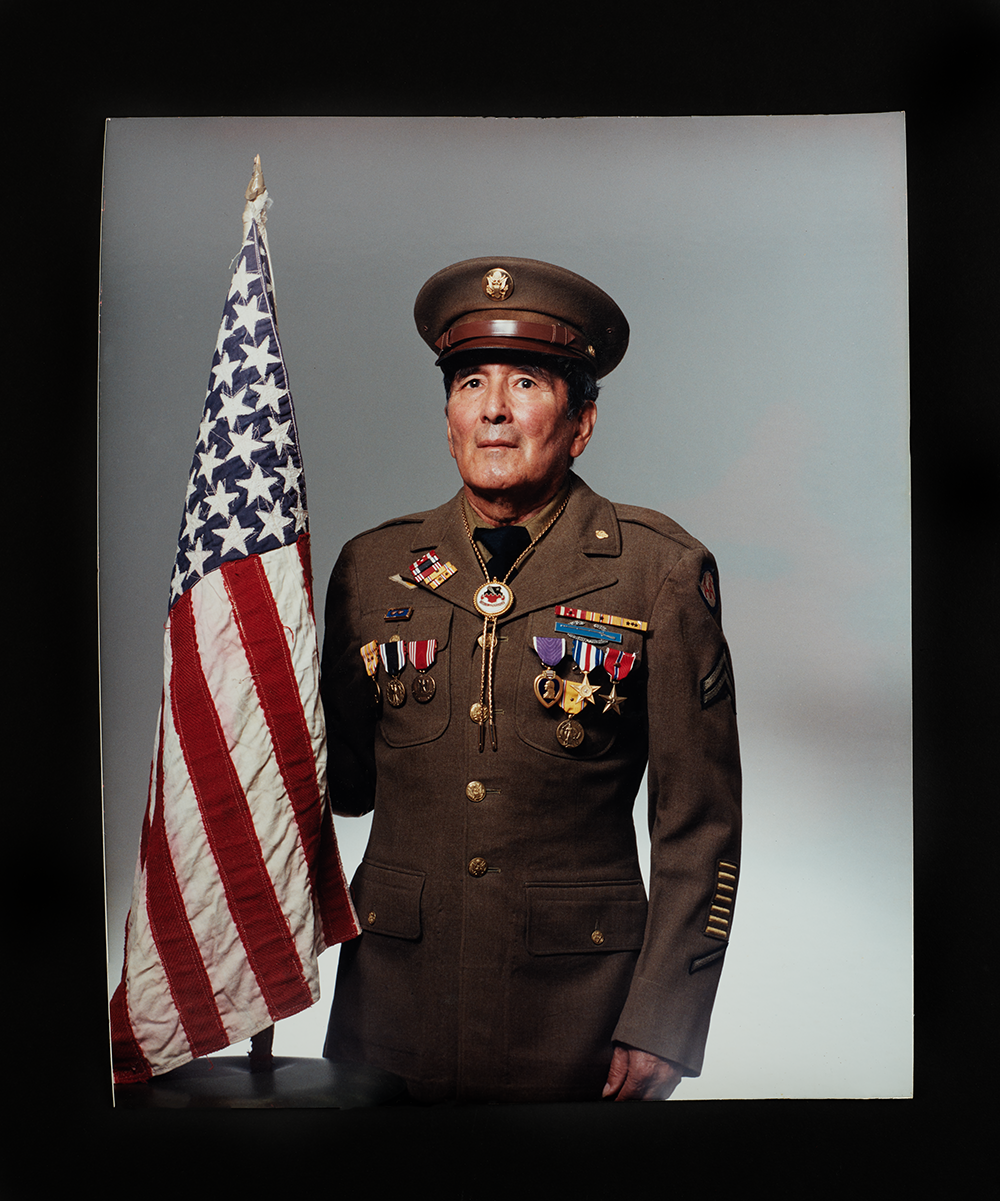 An American flag, handmade by Mexican American Cpl. Joseph O. “Jose” Quintero with assistance from other prisoners of war (POWs) while confined in a Japanese camp during World War II, was recently added to the collections at the Smithsonian’s National Museum of American History.

The Texas-born son of Mexican immigrants, Quintero joined the U.S. Army a year after the U.S. entered the war and was sent to fight in the Philippines in the Bataan and Corregidor campaigns. Quintero would earn a Silver Star for his efforts in the defense of Corregidor Island, which fell to the Japanese in 1942. After the surrender of Corregidor, Japanese armed forces captured the surviving U.S. soldiers, transporting them to Japan on what was described as a “hell ship” to the Niigata POW camp, located on Honshu Island, Japan.

Quintero’s decision to fashion an American flag was intended to create a personal representation of patriotism and hope. His flag became a public symbol of the POW experience when Quintero, who had moved to New Mexico after the war, entrusted former National Guard Lt. Gen. Edward Baca with his treasure in the mid-1990s. Baca traveled to every state, displaying the flag during talks about the role of Hispanics and New Mexico in military history. Following Baca’s death in fall 2020, his family fulfilled his long-held wish that the flag be entrusted to the Smithsonian’s flagship history museum. Following a Sept. 8, 2021, ceremony in New Mexico, the flag was donated to the museum.

“Not only does every stitch in this flag represent Quintero’s patriotism, but it also saved his life and that of his fellow POWs as their camp did not appear on Allied maps,” said Curator Jennifer Jones. “We are honored to accept it into the national flag collection as it stands out as a one-of-a-kind donation. There is no other flag in our extensive collection with this kind of story.”

“I so dearly loved watching Old Glory reach for the sky,” said Quintero in the book, Don Jose: An American Soldier’s Courage and Faith in Japanese Captivity, by Ezequiel L. Ortiz and James A. McClure. “When our flagpole was destroyed on Bataan, I made a pledge to myself that I would someday wave the Stars and Stripes in the faces of the Japanese.”

Quintero told Ortiz and McClure that he would watch as Japanese bombers blew up American flag poles. Despite his imprisonment, Quintero clandestinely worked to fulfill his pledge to wave the American flag at the war’s end.

While working at the camp infirmary, he befriended a Canadian POW who worked in the laundry and did repairs on clothing and thus had access to a sewing machine. Quintero pieced together the flag from materials gathered around the camp. The red and white stripes were crafted from sheets and blankets and the blue canton was fashioned from a pair of dungarees issued to soldiers. He turned a bamboo prod that camp guards used to beat American prisoners into the flagstaff. Quintero hid the flag under the floorboards beneath his bed.

On Aug. 14, 1945, the Japanese emperor addressed the nation, conceding defeat and announcing the war was over. When the POWs learned of this, Quintero said, “I dug up my hidden flag and ran into the compound yard waving Old Glory.” Hearing the sound of American planes flying over, he scrambled to the top of a camp building and waved the flag. As relayed by witnesses, the American pilot of one of those planes kept flying by, tipping his wings to acknowledge he had spotted the flag-waving Quintero.

In New Mexico, where many of the veterans of the Bataan and Corregidor campaigns had settled, Quintero became a hospital technician at the local veteran’s hospital in Albuquerque, married and raised four children.

Through incomparable collections, rigorous research and dynamic public outreach, the National Museum of American History seeks to empower people to create a more just and compassionate future by examining, preserving and sharing the complexity of our past. The museum, located on Constitution Avenue N.W., between 12th and 14th streets, is open Friday through Tuesday between 10 a.m. and 5:30 p.m. Admission is free, and passes are not required. The doors of the museum are always open online and the virtual museum continues to expand its offerings, including online exhibitions, K–12 educational materials and programs. The public can follow the museum on social media on Twitter, Instagram and Facebook. For more information, visit the museum’s website. For Smithsonian information, the public may call (202) 633-1000.