In March 1864, William T. Sherman assumed command of the Union Army in the West, and in May, he began a destructive march through the Southern heartland.

Sherman had a different view of warfare than his contemporaries Grant and Lee. In his mind, wars were not between armies, but between people. Winning did not mean destroying the enemy’s army, but crushing the people’s will to fight. As Sherman marched south from Tennessee, he focused on making Southerners feel the horrible cost of war.

By July he had fought his way to Atlanta, and the city fell on September 2. Sherman continued his campaign with a brutal march to the sea, spreading out his army and cutting swaths of destruction. Reaching Savannah in December, he presented its capture to Lincoln as a “Christmas gift.” 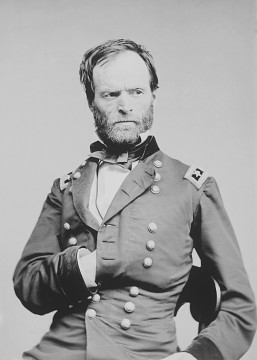 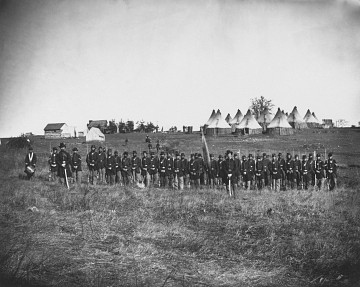 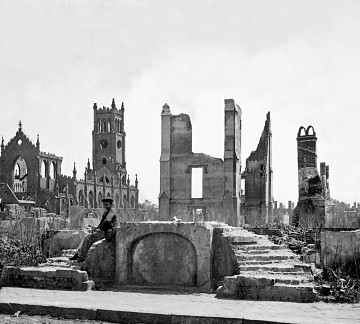 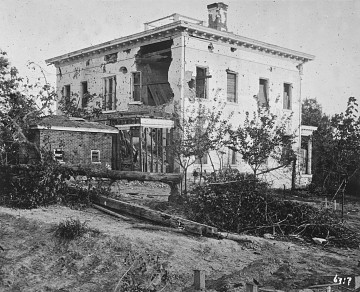 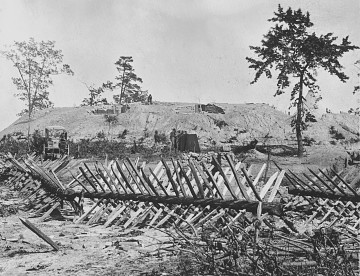 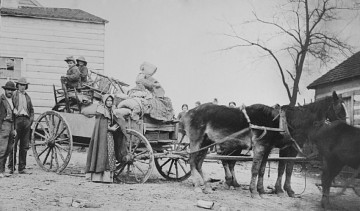 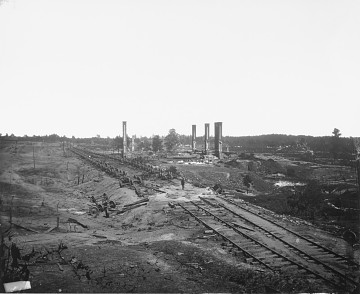 Wreckage of ammunition train burned during the evacuation of Atlanta 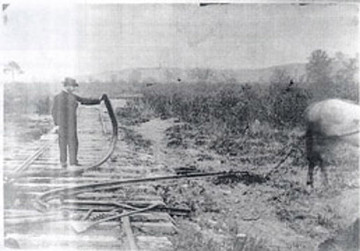 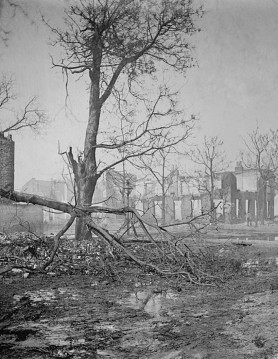 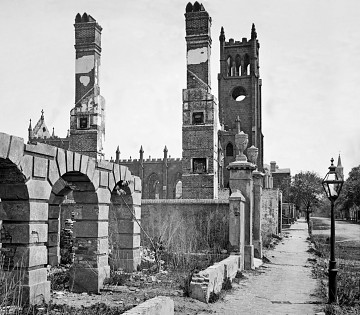 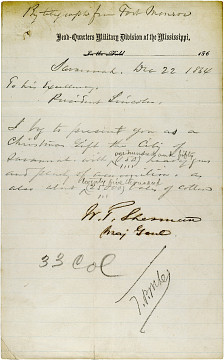 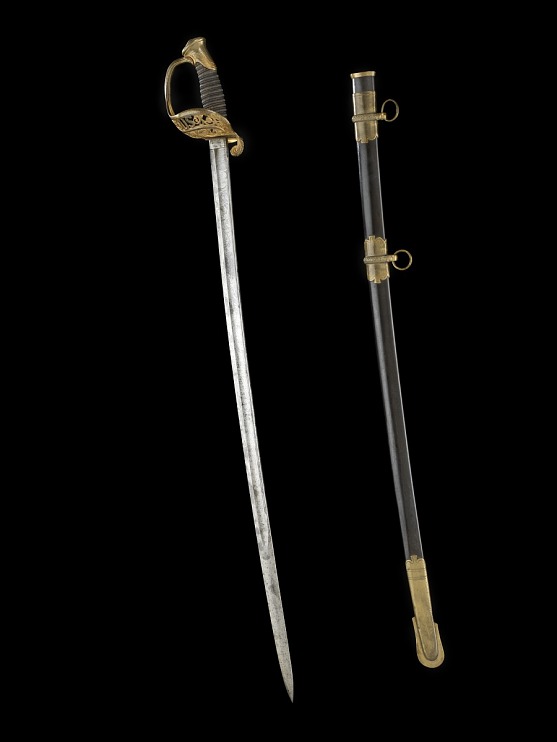 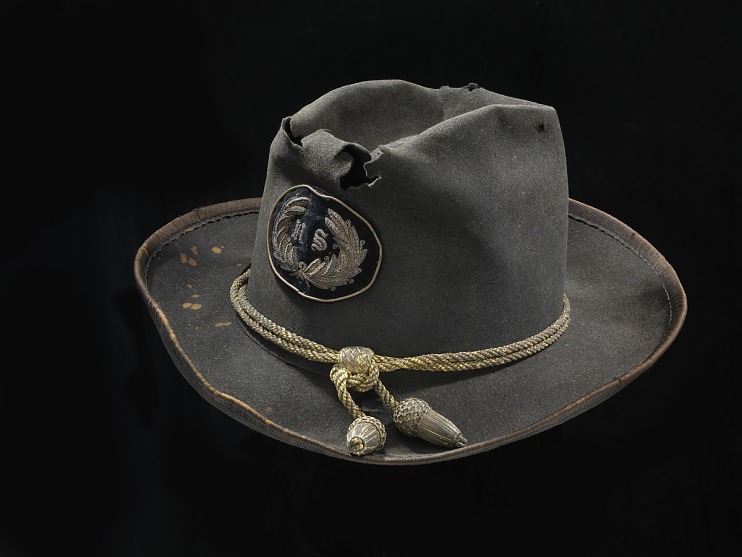 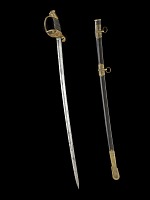 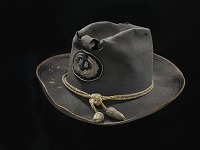