The War at Sea

The Union and the Confederacy had competing strategies for their navies. The Union's principal goal was blockading Southern ports and choking the flow of supplies. Because the coastline was so long, developing an effective blockade took several years. A second objective was taking control of harbors and rivers, especially the Mississippi.

The South’s major goal was keeping supplies moving by sea, using blockade runners that could speed past Union ships. A second objective was to raid commerce on the high seas, destroying or stealing Union cargoes.

Battle of the Ironclads

The battle between the ironclads CSS Virginia and USS Monitor on March 9, 1862, was a dramatic turning point in naval warfare.

The Confederacy had few ships in 1861, and Navy Secretary Stephen Mallory decided to invest in the new technology of ironclads. He built the first with machinery salvaged from the USS Merrimack, and called it CSS Virginia. On its first day on duty, March 8, 1862, the Virginia destroyed several Union ships, but the triumph was short-lived. The next day, it met its match in the USS Monitor, a Union ironclad built on the innovative design of John Ericsson. The battle was a draw, but it illustrated that the future belonged to iron and steel ships.

Serving in the Union Navy

Most new sailors in the Union Navy had no experience at sea. Crews included farmers, tradesmen, factory workers, immigrants, non-English-speaking foreigners, and African Americans—all living, working, and fighting side by side. Some joined to avoid being drafted into the army, where the chance of being killed or wounded was much higher; only about 4,000 Union sailors died during the war. When not called on to do battle, sailors scrubbed decks, shoveled coal for steam boilers, tended sails, and conducted drills.

Blockading Southern ports was a Union wartime objective. The task was enormous.

At the onset of war, the U.S. Navy was deployed to blockade 3,500 miles of Confederate coastline with fewer than fifty ships. A makeshift fleet of refitted merchant ships and side-wheel steamers helped the navy grow quickly. By war’s end, it numbered 671 vessels. Blockade duty was tedious. Sailors spent long hours watching for any movement at sea. But even as they waited, they had to keep their sails trimmed and boilers stoked so they could spring into action to chase anything they saw, day or night.

As the Union built up its blockades, the Confederacy perfected means of running them. Cargos first were shipped to transfer points, such as the Bahamas, then loaded into fast and sleek blockade runners, most built in Britain. They were camouflaged and often too fast to catch. More than half got through, even at the end of the war.

While maintaining the blockade proved challenging, the Union tightened its stranglehold on Southern commerce and trade by capturing and controlling port cities. Near the end of the war, only one Southern harbor remained in Confederate hands—Charleston, South Carolina, where the war had started at Fort Sumter. 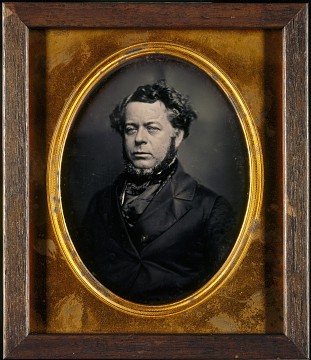 Stephen Russell Mallory, secretary of the navy of the Confederacy 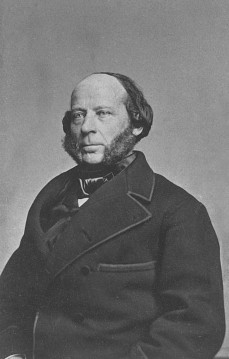 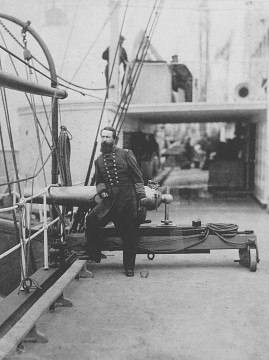 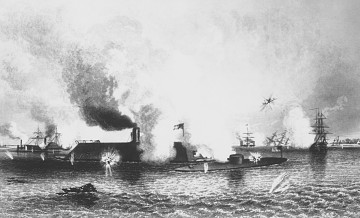 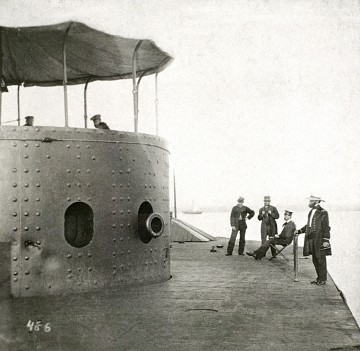 The USS Monitor after her engagement with the CSS Virginia 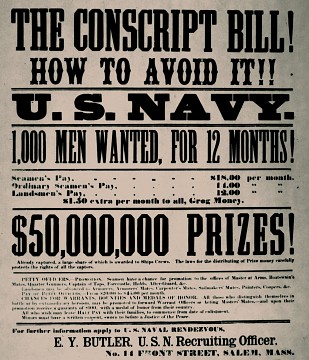 Broadside, “The Conscript Bill! How to Avoid It!” 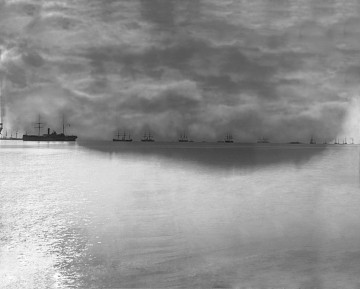 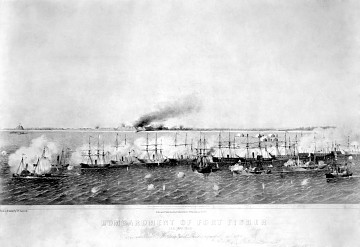 Bombardment of Fort Fisher by the North Atlantic Blockading Squadron 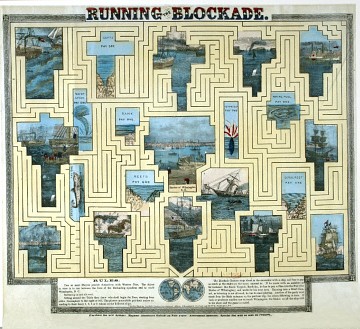 “Running the Blockade” board game 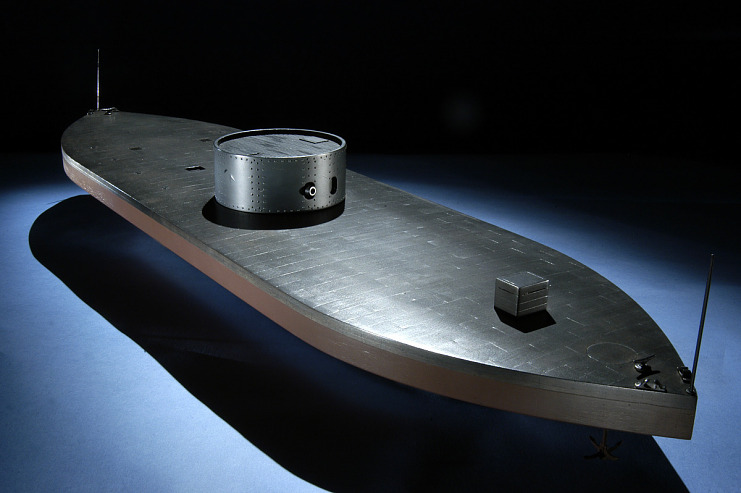 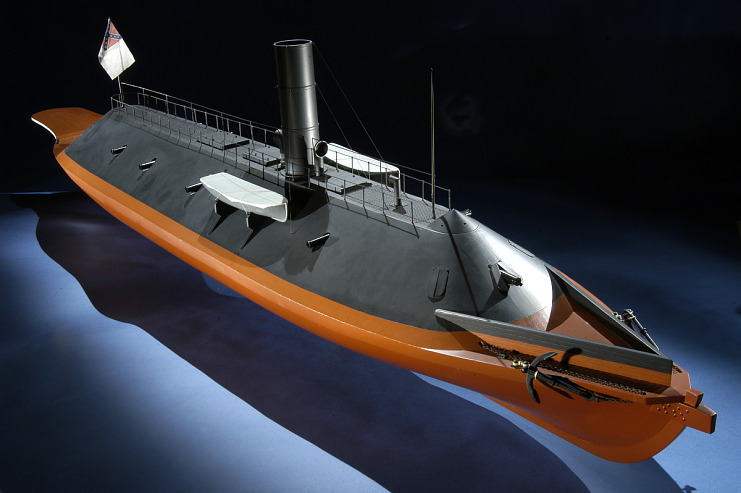