From the Wilderness to Appomattox

In May 1864, Ulysses S. Grant launched a new attack on Robert E. Lee’s army, and battled south toward Richmond. In the tangled woods of northeastern Virginia known as the Wilderness, Grant’s army of 120,000 began a brutal fight against Lee’s 63,000 troops that traversed 100 miles and lasted 44 days. Grant attacked Lee several times, but failed to break his lines. Undeterred, Grant moved on toward Richmond, only to have Lee follow and block him again.

At Cold Harbor, Grant launched a furious assault against what he thought was a tired and beaten enemy—and suffered a bloody repulse. Union losses during the campaign topped 60,000 and Confederate losses were nearly 30,000. But neither army was ready to abandon the fight.

In June 1864, Grant headed to Petersburg, a railhead south of Richmond that was vital to supplying the Confederate capital.

Following his defeat at Cold Harbor, Grant still remained intent on capturing Richmond. Unlike Union generals who previously had tried and failed to take the Confederate capital in direct assaults, Grant bypassed the city to cut its vital rail links at nearby Petersburg.

Lee retreated from Richmond intent on continuing the fight. But he found his battered army surrounded and outnumbered and realized the end had come. On April 9, 1865, he surrendered to Ulysses S. Grant. Grant offered generous terms, allowing the defeated army to return home with their small arms and giving them rations.

Other Confederate armies soon surrendered. Americans never forgot the ruthless conflict they had waged against each other, or its bitter legacy: 620,000 dead; 400,000 scarred, maimed, or disabled. 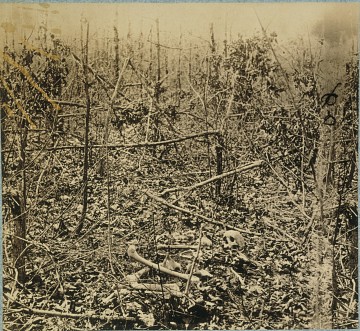 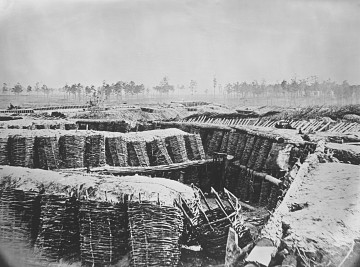 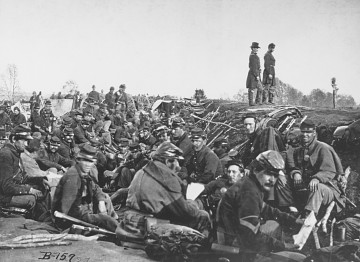 Union troops in the trenches before Petersburg 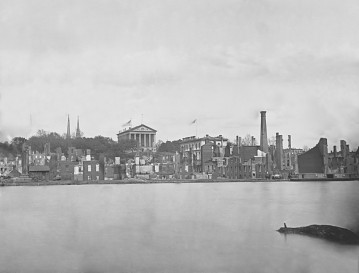 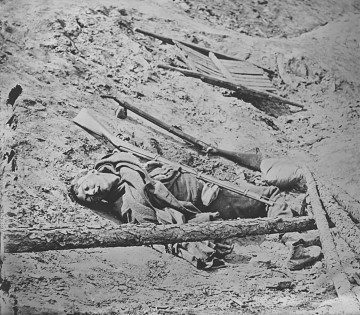 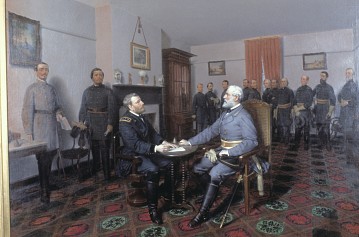 The Surrender of the Army of Northern Virginia by Louis M. D. Guillaume, 1867 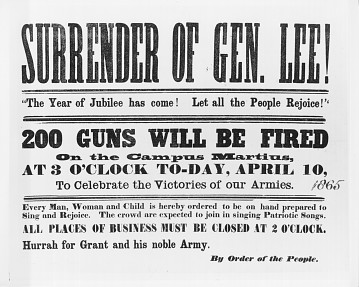 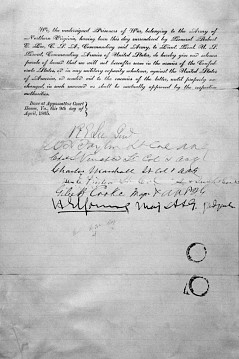 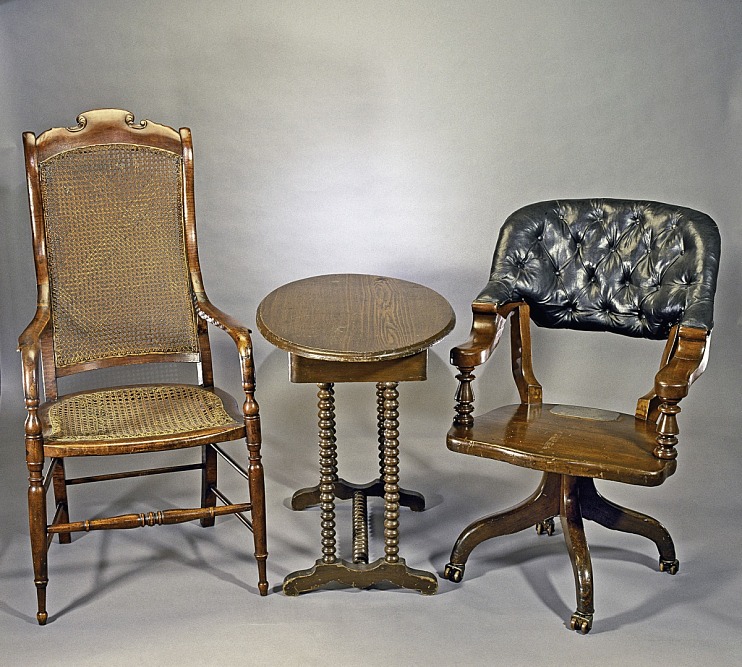 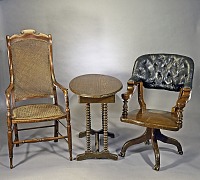