In the opening struggles for control of Europe, the United States used economic aid to support the democracies of Western Europe and stymie the territorial advances of the Soviet Union.

Following World War II, much of Europe lay in ruin, its economies in shambles. Through the European Recovery Act of 1948, better known as the Marshall Plan, the United States poured more than $12 billion in food, raw material, capital equipment, and economic investment into Western Europe. War-weary Europeans welcomed the aid. But wary Soviet leaders saw it as a ploy for the United States to improve its own post-war economy—and to establish a permanent presence within sight of Soviet-controlled Eastern Europe.

Meanwhile, the United States and the Soviet Union clashed over Berlin. Deep within the Soviet occupation zone of a divided postwar Germany, Berlin was a divided city. Allies occupied the west and Soviets the east. When the Allies announced plans to create a separate, democratic West Germany in 1948, the Soviets blockaded West Berlin, intent on reuniting the city as the capital of East Germany. In a countermove, President Harry Truman ordered an airlift to ferry supplies to the beleaguered city. The Soviets backed down, lifting the blockade in May 1949, shortly after the United States and its European allies established the North Atlantic Treaty Organization (NATO) for their mutual defense. The airlift ended in September. 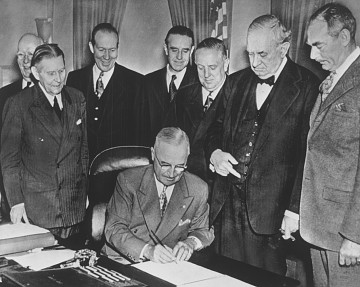 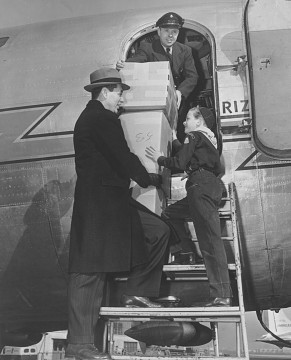 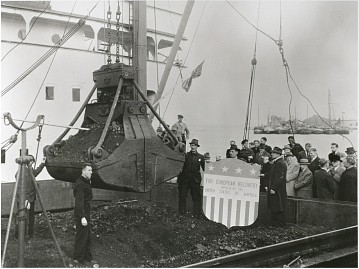 U.S. coal being unloaded in the Netherlands 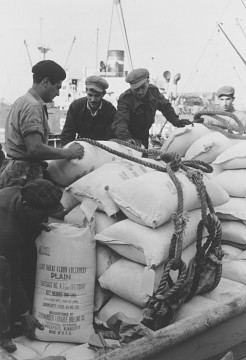 U.S. flour being unloaded in Greece 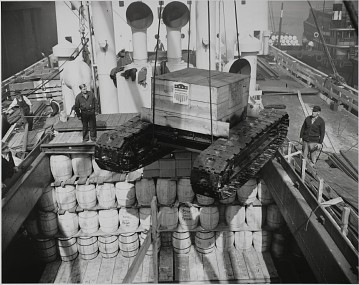 Heavy machinery from the United States bound for Austria 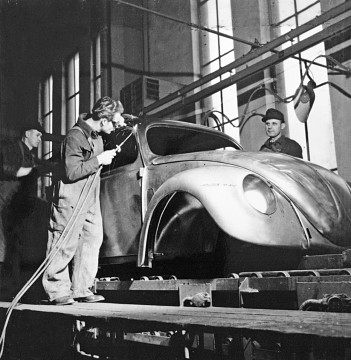 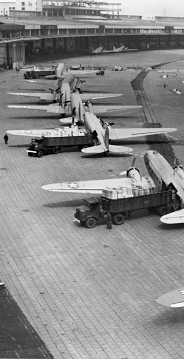 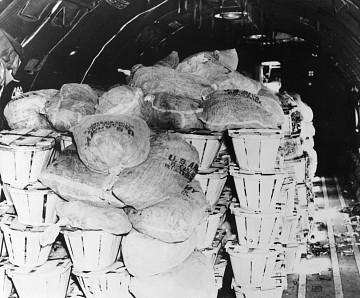 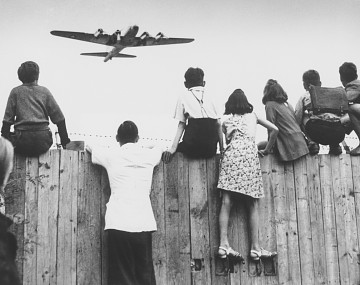 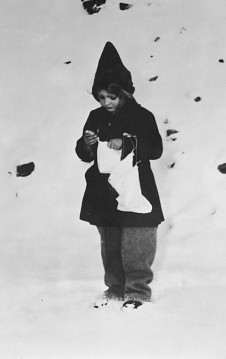 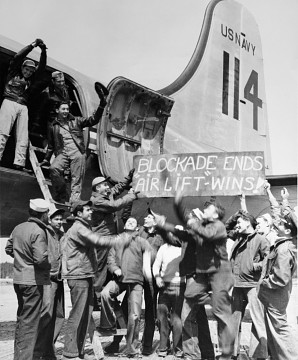