A New Navy, A New War

After the Civil War, the United States neglected its navy, which ranked twelfth in the world by 1880. Although the United States had no overseas colonies to protect, business and government leaders realized that a strong navy was essential to defend trade and growing international interests. Beginning in 1881, Congress supported a modernization program that would make the American navy effective. The new ships would have steel hulls, steam engines, and large, rifled guns. At first, the ships still used sails as a backup to steam power. But by the 1890s, the U.S. Navy had converted to all-steel and -steam, and ranked among the top five navies in the world. Naval strategist Alfred Thayer Mahan stated, “Americans must now begin to look outward. The growing production of the country demands it . . . .”

On February 15, 1898, a mysterious explosion sank the battleship USS Maine in Havana Harbor, triggering a war between the United States and Spain.

The Maine had come to Cuba to protect American citizens while Cuban revolutionaries were fighting to win independence from Spain. The United States supported their cause, and after the Maine exploded, demanded that Spain give Cuba freedom. Instead, Spain declared war, and America quickly followed suit, moving Commodore George Dewey into position in the Phillipines and Commodore Winfield Scott Schley into Santiago Bay.

War fever was fanned by the press, particularly publishers William Randolph Hearst and Joseph Pulitzer. Although the United States claimed it had no designs on Cuba, many believed the war would be an opportunity to seize other overseas possessions and begin building an American empire. Newspapers printed maps to help Americans follow the war. The United States now entered an era of overseas expansion. 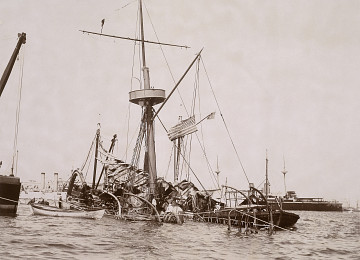 Sinking of the battleship Maine 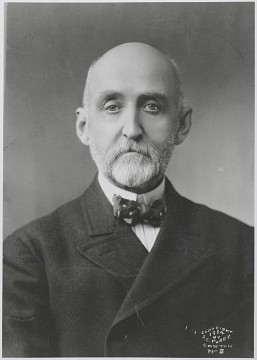 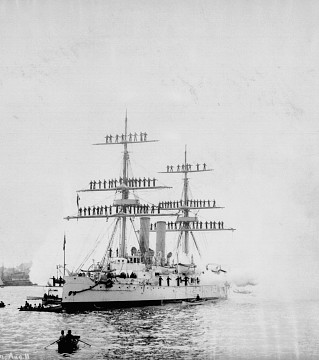 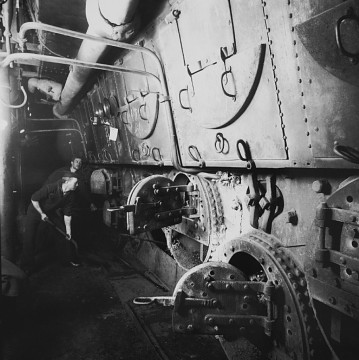 Sailors in an engine room on USS Massachusetts 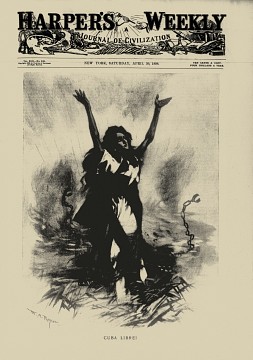 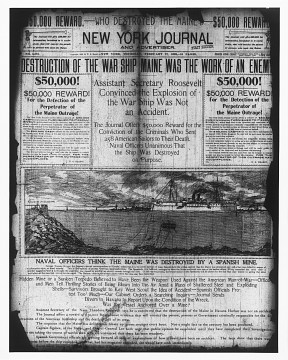 Headline from the New York Journal 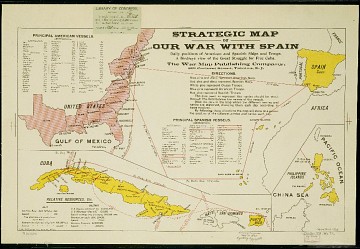 Strategic map of our war with Spain 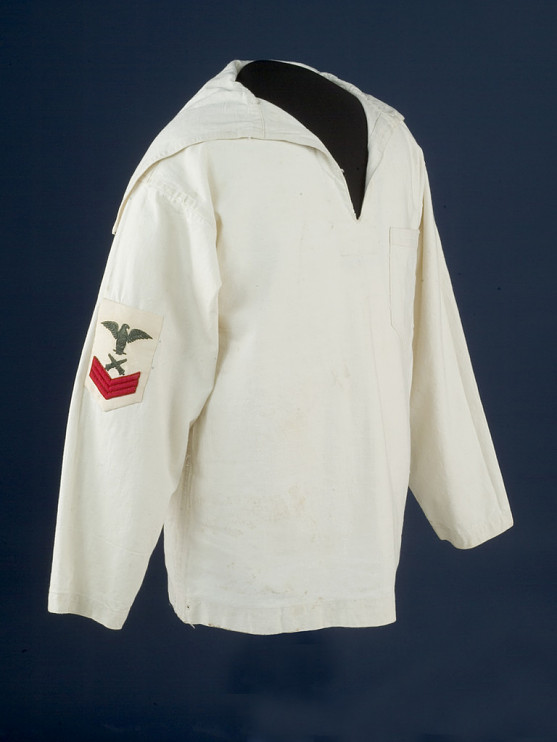 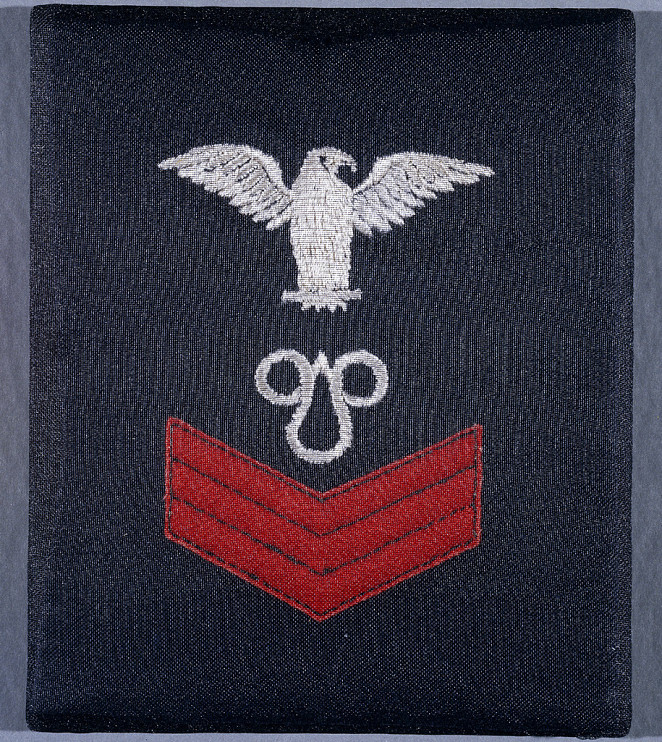 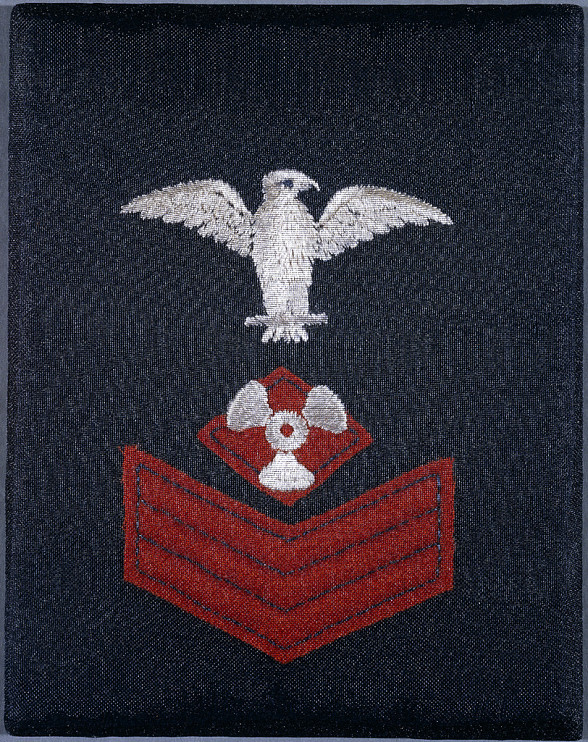 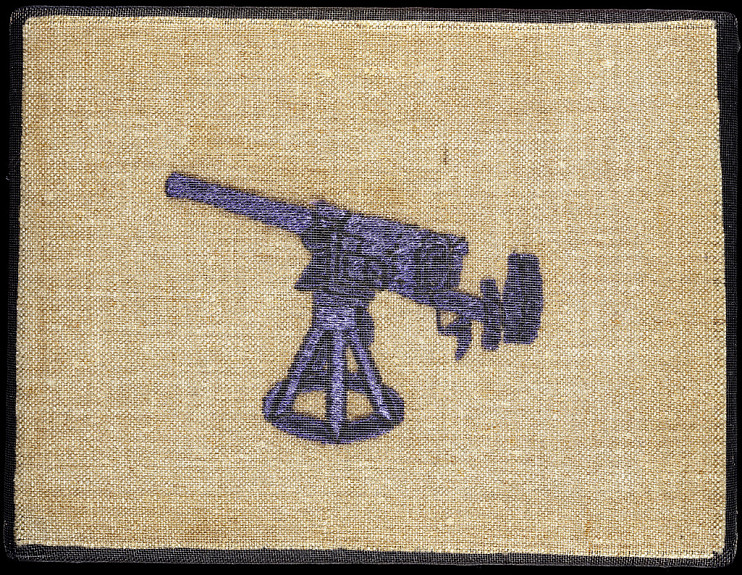 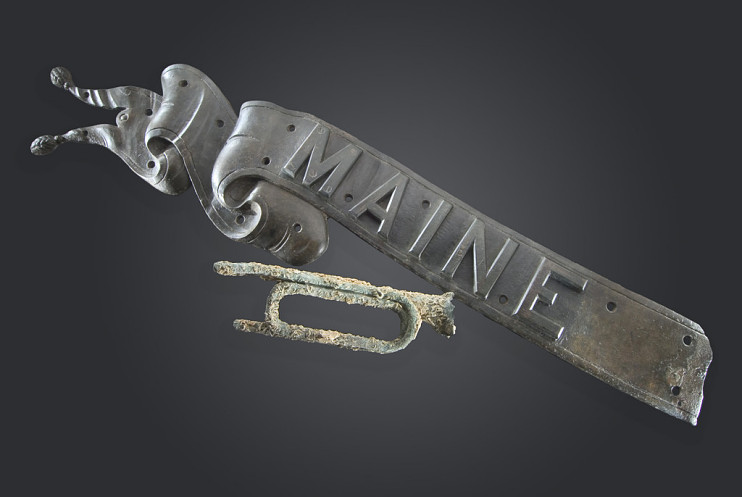