The war consumed Vietnam, a country not twice the size of Florida. North Vietnam was the target of repeated U.S. bombings, but South Vietnam was the setting for bombing, defoliation, and most of the fighting. The war also spilled over into Laos and Cambodia. Vast, widely dispersed armies and guerrillas confronted each other in mountains, central highlands, and river deltas; in dense jungles, fields of ten-foot-high elephant grass, and marshy mangrove forests; and in hamlets of thatched-roof huts, rice paddies, and city streets.

Helicopters flew patrols, attacked enemy positions, delivered supplies, carried troops into combat, and retrieved the wounded and dead. They made possible a new tactic of ground warfare: air mobility, devised for fighting a war without front lines. Ground troops were lifted into widely dispersed locations to engage the enemy, then extracted and redeployed. These maneuvers were part of broader strategy of attrition—killing so many of the enemy that they would lose their ability to fight.

Thousands of Bell UH-1 helicopters, nicknamed “Hueys,” carried troops into battle, seven to twelve infantrymen at a time. The choppers could fly low and slow, dodge enemy fire, hover just above ground level at the outskirts of hamlets or fields of elephant grass, or drop into newly cut jungle clearings barely larger than the sweep of their rotors.

The transports were nicknamed “slicks” because they were unarmed except for an M60 machine gun in the doorway. Often they were accompanied by Huey gunships armed with external machine guns and rocket and grenade launchers that covered landing troops.

Rapid combat-casualty evacuations flown by daring “Dustoff” crews—pilots, medics, and crew chiefs—extracted nearly 400,000 wounded from battle zones during the course of the war. Crews commonly put themselves at great risk, flying in and out of intense fighting. Often targeted by enemy snipers, they worked frantically to save lives and ready casualties for evacuation to surgical hospitals. They repeatedly witnessed the horrible realities of war. During a mission, the air would be permeated with what one soldier described as “the sickeningly sweet redolence of fresh blood.”

Medics in the field were the first to treat the wounded. But helicopters made it possible for the wounded to be on a surgeon’s table in a hospital within an hour. Once there, doctors—and more than 10,000 nurses—saved 97 percent of those still alive when they arrived at hospital helipads. 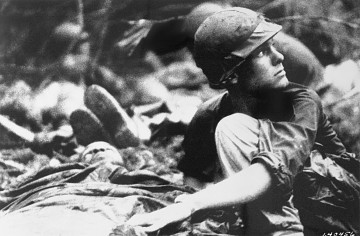 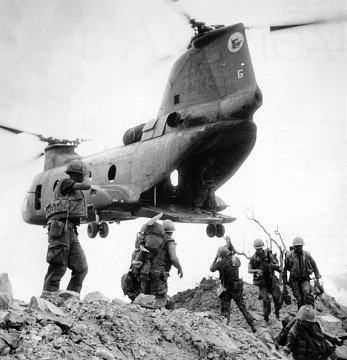 U.S. Marines preparing to load into a Chinook helicopter 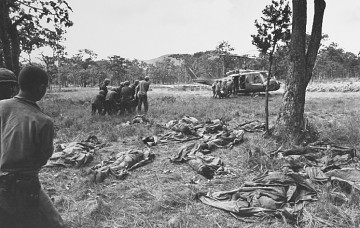 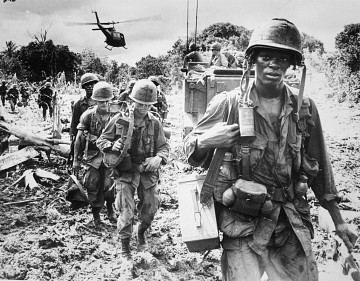 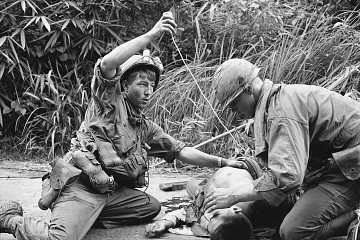 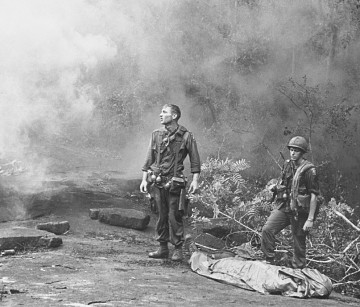 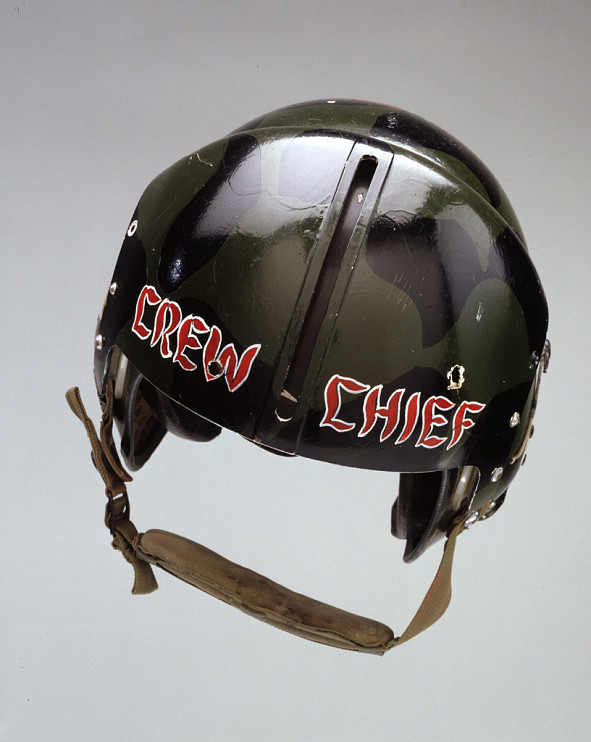