When Will It Ever End?

By 1970, President Richard Nixon began to withdraw American troops, but expanded the war into Cambodia and Laos, resulting in widespread protests at home.

On May 2, 1970, the governor of Ohio dispatched more than 900 National Guardsmen to quell antiwar protests at Kent State University. During a campus confrontation on May 4, twenty-eight guardsmen opened fire: four students were killed and nine wounded. The incident fueled vehement protests and student strikes; hundreds of colleges and universities canceled exams and graduations and sent students home.

As the war dragged on and home-front protests became more widespread, many troops in Vietnam—often unwilling draftees—became increasingly disillusioned with the war. Many modified their uniforms or ignored military regulations; some sported peace signs. And they adopted as their mantra a popular song by the Animals, “We Gotta Get Out of This Place (if it’s the last thing we ever do).” 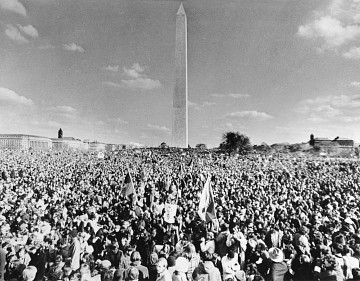 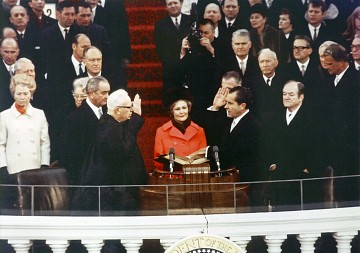 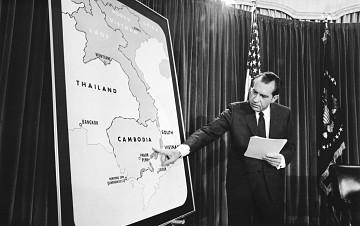 President Nixon explaining expansion of the war into Cambodia 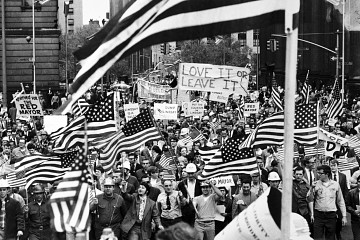 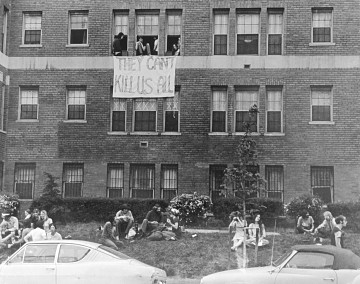 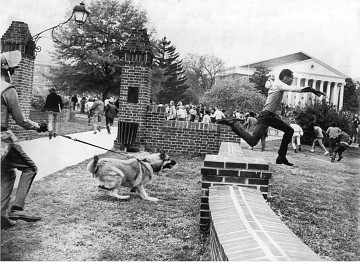 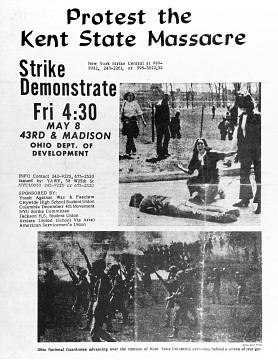 Students at New York University being urged to strike 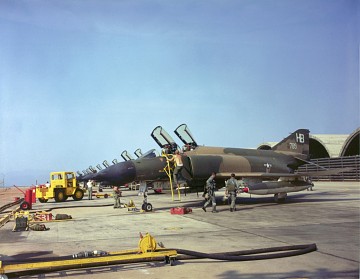 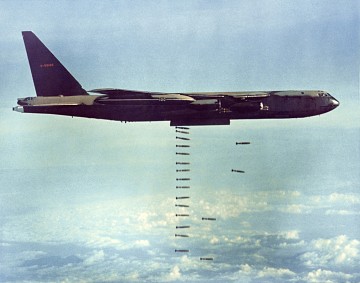 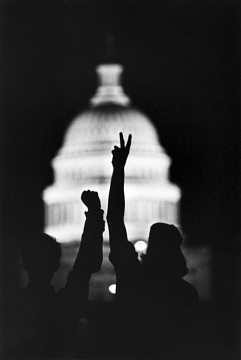 Demonstration after testimony by antiwar veterans 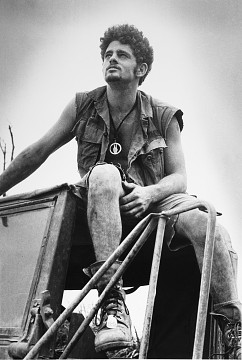 GI with a peace-sign medallion 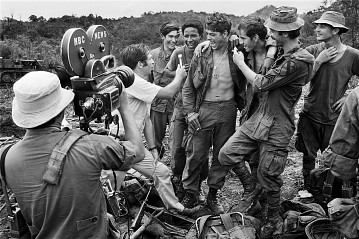 "U.S. Army soldiers on the border between South Vietnam and Cambodia near an area know as the 'Parrots Beak' are interviewed by a NBC television news crew shortly after their pullback from Cambodia in May of 1970" 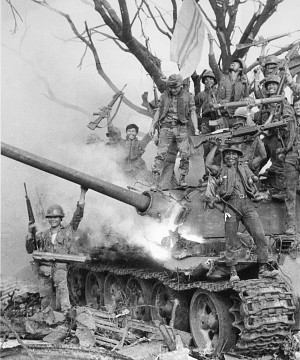 South Vietnamese soldiers celebrating on top of an NVA tank 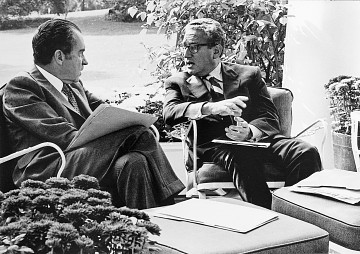 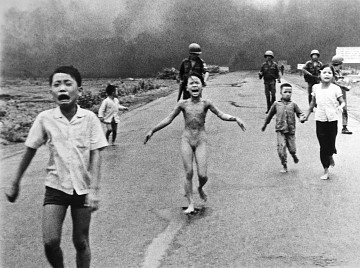 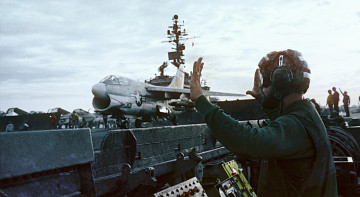 U.S. Navy jet ready to launch in the Gulf of Tonkin 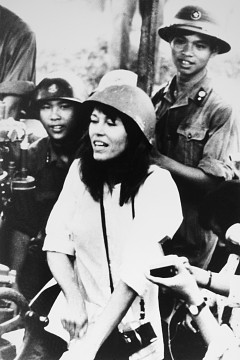 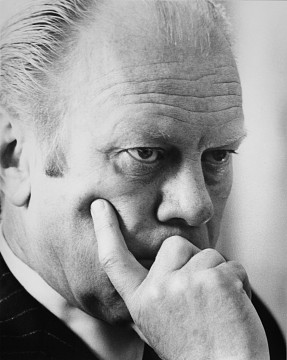 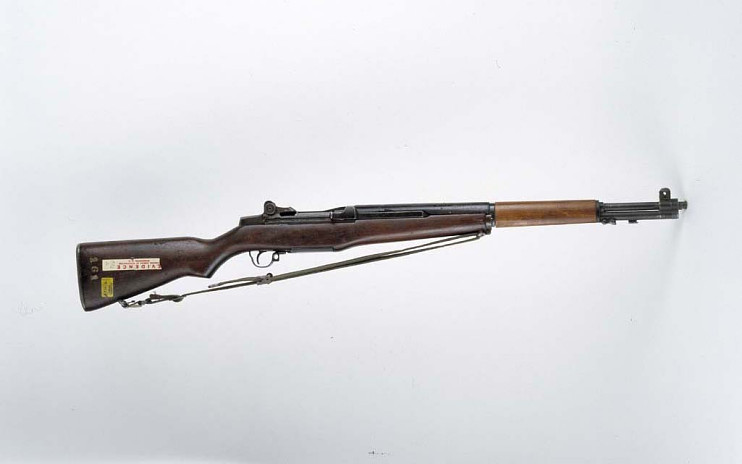 Kent State Rifle
« prev next »
‹ Escalation up Fighting the War ›