By 1890, the army had defeated armed resistance and resettled Indians on government-controlled reservations. Many reservation Indians were reduced to a subsistence life, dependent on the federal government for food and supplies. They used tickets to claim their rations. In the late 19th century, federal policy changed from supporting separate Indian reservations to accelerating assimilation.

The U.S. government wanted Indians to learn skills and attitudes deemed necessary for successful American citizenship. Indian children, seen as the key to assimilation, were forcibly taken from their homes and sent to school. In 1887, the government instituted the Dawes Act to accelerate assimilation by dissolving the reservations and allotting land to individual Indians. Most tribes resisted, refusing to give up their culture and unique ways of life. As part of the policy to integrate Indians into the general population, many children were removed from the reservation and sent to Indian schools. There they were to learn fundamental skills of reading, writing, and arithmetic, and also new social attitudes that would make them successful “Americans.”

In 1889 the federal government opened unassigned lands in the Oklahoma Territory that were formerly reserved for Indians, to white settlement, triggering a massive land grab. 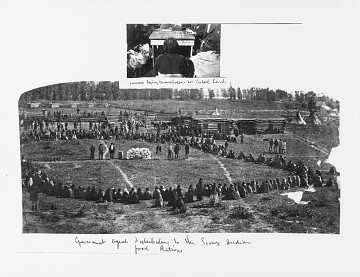 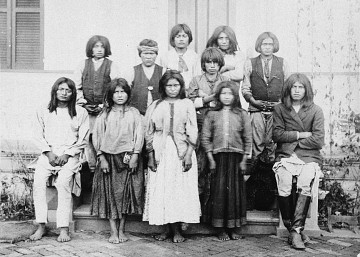 Apache children arriving at Carlisle Indian School in Pennsylvania in 1886 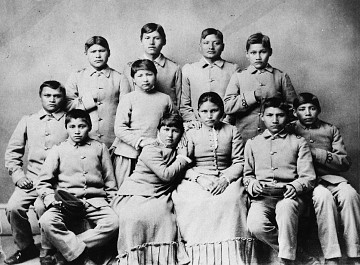 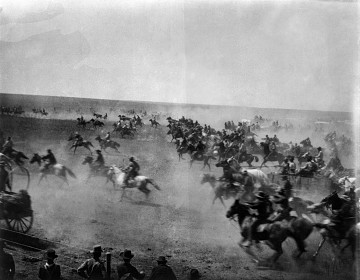 Race into the Cherokee Outlet Ten Seconds After the Gun, Sept. 16, 1893 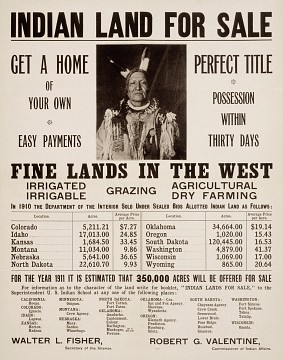 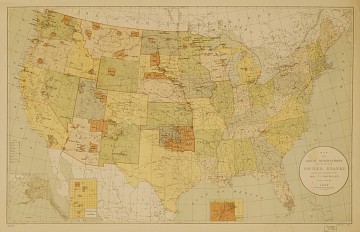