In March 1945, U.S. Army Air Forces intensified their strategic bombing campaign over Japan. Instead of flying high-altitude daylight runs against industrial targets, they began low-flying nighttime attacks on cities, with incendiary bombs. Firestorms devastated property and killed hundreds of thousands of civilians. On the night of March 9­–10, for example, U.S. bombers destroyed sixteen square miles of Tokyo and killed close to 100,000 men, women, and children. By mid-June, most of Japan’s major cities were gutted. Aerial mines were dropped in harbors while the U.S. Navy launched carrier air attacks against coastal targets. Still the Japanese fought on. An invasion of Japan appeared inevitable.

In July 1945, President Truman made his controversial decision to use atomic weapons that had been developed secretly during the war by Manhattan Project scientists. More than one million troops were moving to invade Japan when the first bomb destroyed Hiroshima on August 6, 1945. On August 9, a second atomic bomb leveled Nagasaki, and Japan surrendered.

As the war in the Pacific drew to a close, Allied troops liberated American and European civilians who had been interned by the Japanese in occupied Asian countries. Among the internees were nearly 14,000 U.S. businessmen, missionaries, and teachers and their families. Held captive from Manchuria to Indochina, they endured deplorable conditions, and often cruel treatment at the hands of guards. By the time they were rescued, starvation rations had reduced many of them to living skeletons who had to be carried to safety. 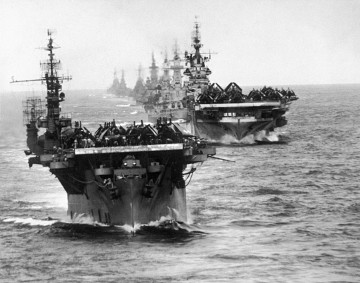 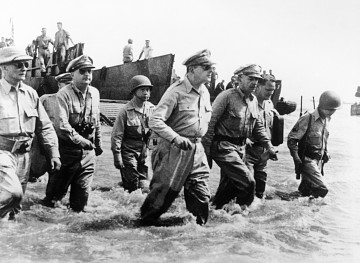 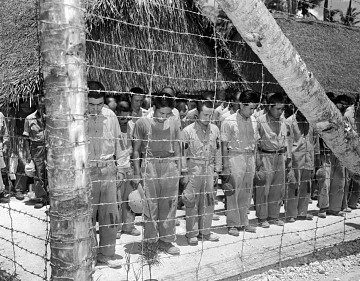 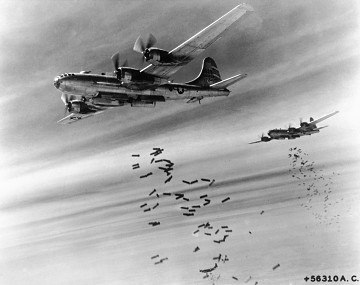 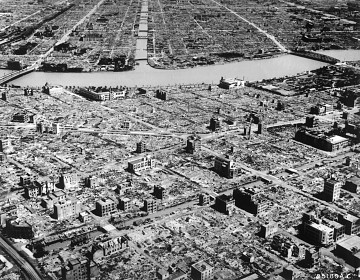 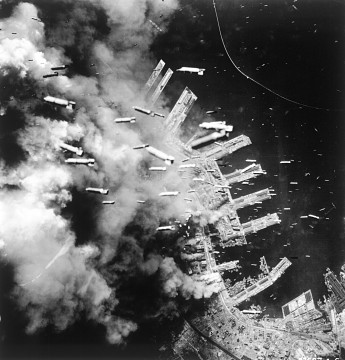 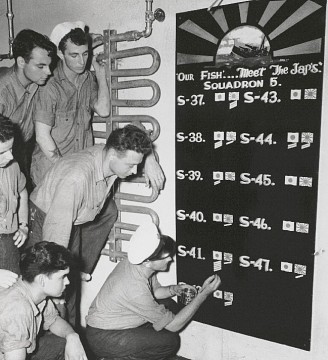 “Loss board” on the submarine tender USS Griffin. From 1943 on, American submarines were highly effective, eventually destroying 55 percent of Japanese ships and strangling the country’s major supply lines. 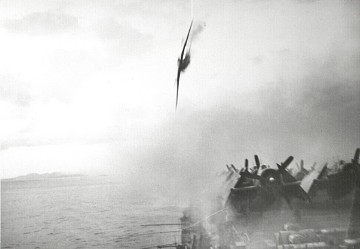 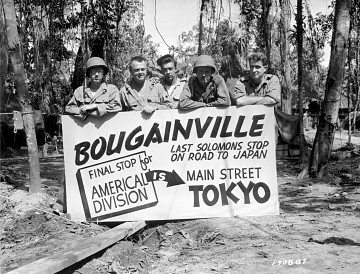 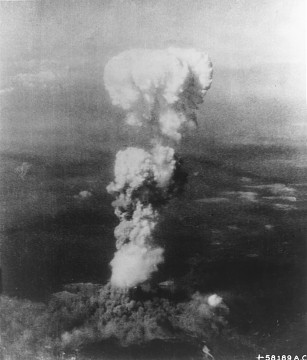 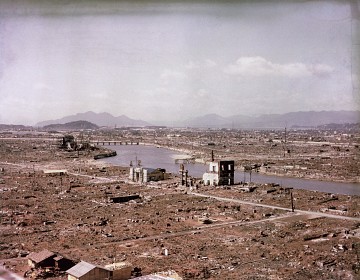 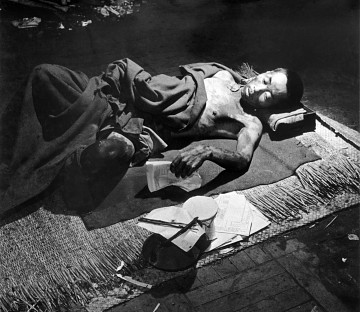 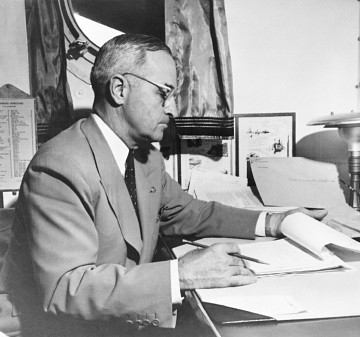 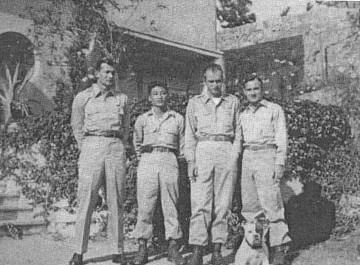 A seven-man team from the U.S. Office of Strategic Services liberated the Weihsien internment camp, parachuting from a B-24 bomber emblazoned with the American flag. Among the rescuers were Sergeant Tadash T. Nagaki (second from left) and Major Stanley A. Staiger (third from left). 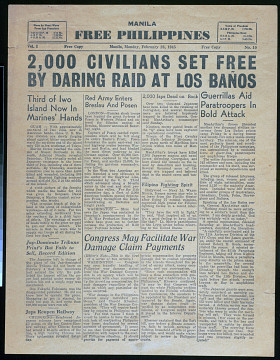 Newspaper accounts of the liberation of 2,122 civilians held captive at the Los Baños internment camp near Manila, Philippines. 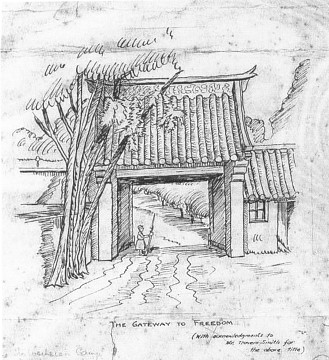 Weihsien internment camp in Japanese-occupied northeast China.
‹ Across the Pacific up So Others Might Fight ›