Roosevelt and Churchill agreed that Italy promised the best approach to Nazi Europe. In July 1943, half-a-million Allied soldiers, sailors, and airmen were deployed in a massive amphibious assault against German and Italian forces on Sicily, a rocky island just south of Italy’s “boot.”

British and American commanders—often at odds and fiercely competitive—struggled to coordinate operations. U.S. Lieutenant General George S. Patton was determined to best British Field Marshal Bernard Montgomery. In what Patton considered “a horse race in which the prestige of the U.S. Army is at stake,” he raced up the island’s west side. Patton reached Messina, Sicily’s northernmost port, before Montgomery—just after Axis troops had escaped.

Lightly resisted landings in Italy in September belied the bloody struggle that lay ahead. It took nine months for Allied forces to claw their way to Rome, and they never reached Germany. By the end of the war, Allied casualties in Italy topped 300,000. 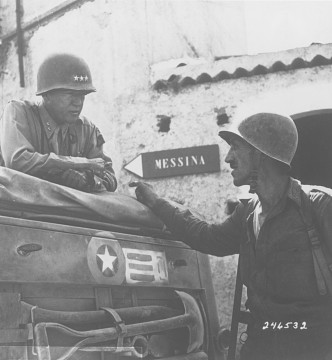 General George S. Patton on the way to Messina 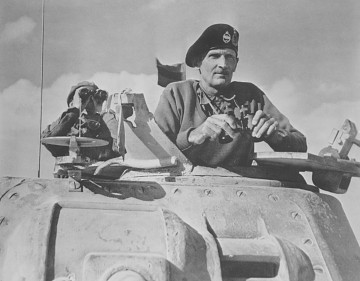 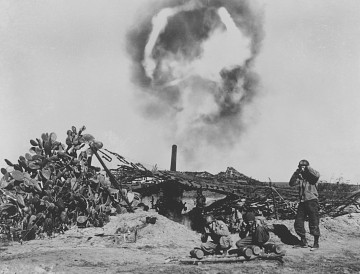 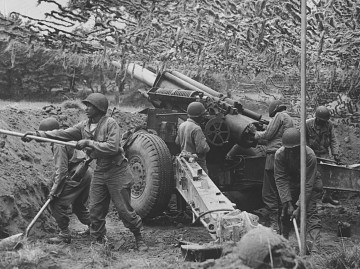 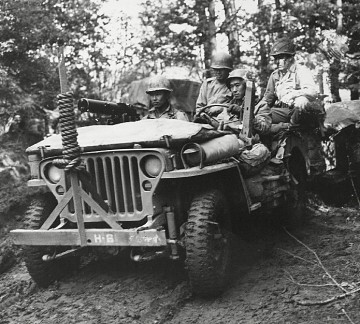 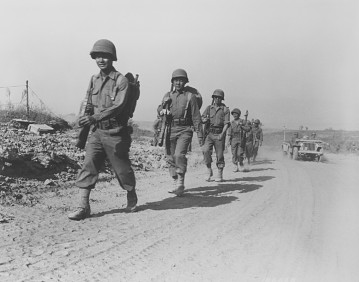 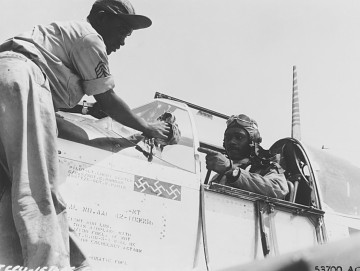 African American airmen of the 332nd Fighter Group in Italy 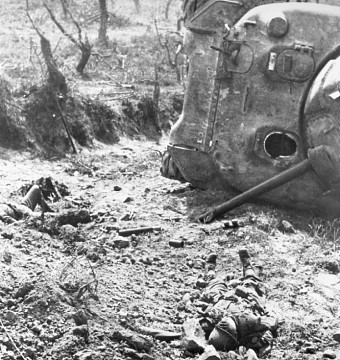 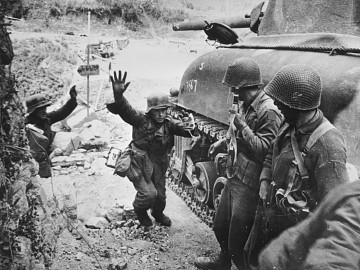 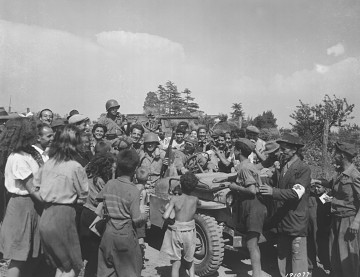 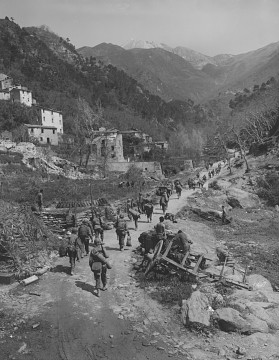