This website is based on an exhibition that was on view at the National Museum of American History from December 13, 2013 to April 13, 2014.

The art of puppetry relies on the harmoniuous relationship of a puppet, a puppeteer's imaginative manipulation, and an audience whose willing suspension of disbelief allows it to accept the puppets's actions as "real."

American puppetry is unique.  It's many styles and techniques combine ancient and immigrant traditions, homegrown innovations, and the influences of electronic media.

This display will contain two rotations of objects.  Rotation 1 will be on view from December 2013 to February 2014.  Rotation 2 will run from February 2014 until the close of the display. 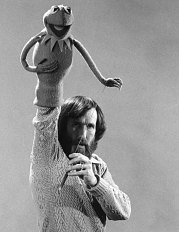 Courtesy of The Jim Henson Company.  KERMIT and the MUPPET characters are registered trademarks of Disney Muppets Studio © Disney 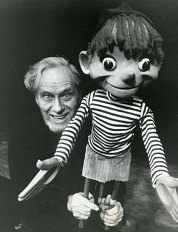 From the Archives of the Bil Baird Puppet Collection at the Charles H. MacNider Art Museum, Mason City, Iowa 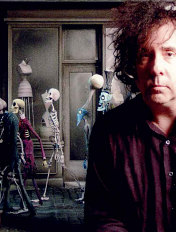