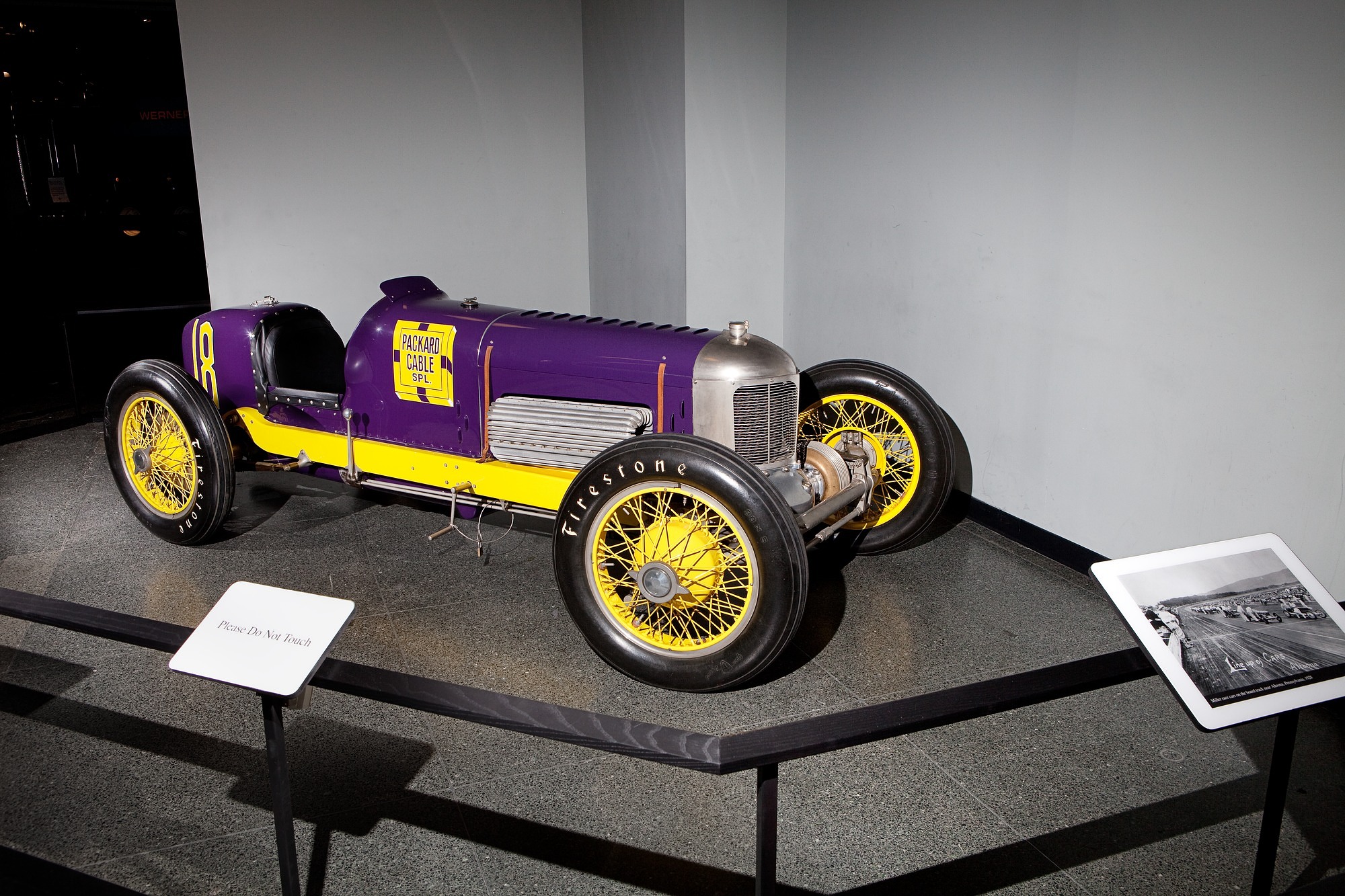 In the 1920s, race cars built by Harry Miller were the most sought-after entries at the Indianapolis 500. Custom-built and technologically advanced, they displayed exquisite aerodynamic design and mechanical beauty. They won races and broke speed records.

Harry Miller was a race car mechanic and carburetor builder who went on to build attractive, technologically advanced, unorthodox race cars that dominated auto racing. Miller vehicles and engines won the Indianapolis 500 ten times between 1922 and 1934 and won most of the races held on high-banked board speedways. This car ran in the 1929 Indianapolis 500 but did not win the race. 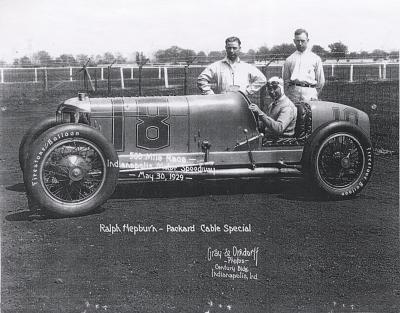 The Packard Cable Special at the 1929 Indianapolis 500.

Miller is believed to have built twelve 91 cubic inch, supercharged front-drive racing cars of this type between 1926 and 1929. This Miller car, built in 1929 for well-known race car driver Leon Duray, is equipped with front-wheel drive and a supercharged, eight-cylinder engine. The Packard Electric Company, a maker of electrical cables for production cars, paid for naming rights, specified the yellow and purple body colors, and prominently displayed its product name on the car. The Packard Motor Car Company grew from a Packard Electric subsidiary, but the companies developed separately. General Motors purchased Packard Electric in 1932.

Another race car driver, Ralph Hepburn, qualified third in the Packard Cable Special for the 1929 Indianapolis 500 but dropped out of the race with a broken transmission in the 14th lap. Supercharged Miller race cars of the late 1920s were prone to breakage because Harry Miller insisted that small size and low weight were the keys to speed. The 1929 Packard Cable Special engine had about the same displacement as a modern compact car – only 91 cubic inches. The slender mechanical components could be damaged easily, and the design of the front-drive transmission put great strain on its internal parts. The combination of power, speed, and lightweight design meant that Miller’s cars may have won often, but they also failed often. 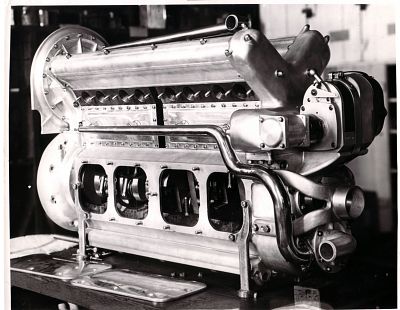 In the 1930s, owners of almost all 1920s-era Miller race cars rebuilt them with different parts for racing under new rules established in 1930 by the Contest Board of the American Automobile Association. No longer were small, supercharged engines allowed in the top level of American championship racing. The new rules encouraged the use of larger engines similar to those in production cars and banned superchargers on four-cycle engines.

Leon Duray, wishing to maximize the monetary value of his investment, took the Packard Cable Special and two other Miller Indianapolis 500 cars that he owned to Europe without modifying them. In France, at the Montlhery Speedrome near Paris, he drove this car to a European speed record of 139 miles an hour. Ettore Bugatti, builder of some of Europe's fastest cars, later watched the Miller cars speed around a track at Monza, Italy and bought them from Duray. Bugatti copied portions of the Miller engines for his own later race cars.

Rediscovered in France in 1953, this car returned to the United States six years later and entered the Museum’s collection in 1991. 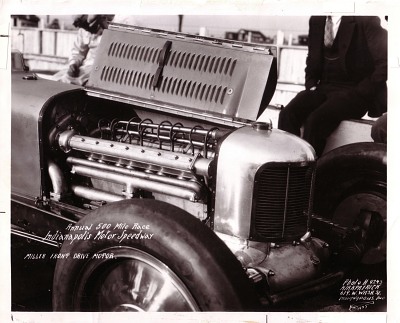 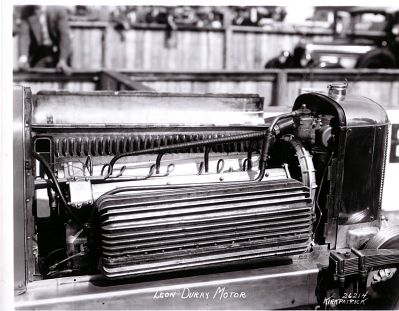