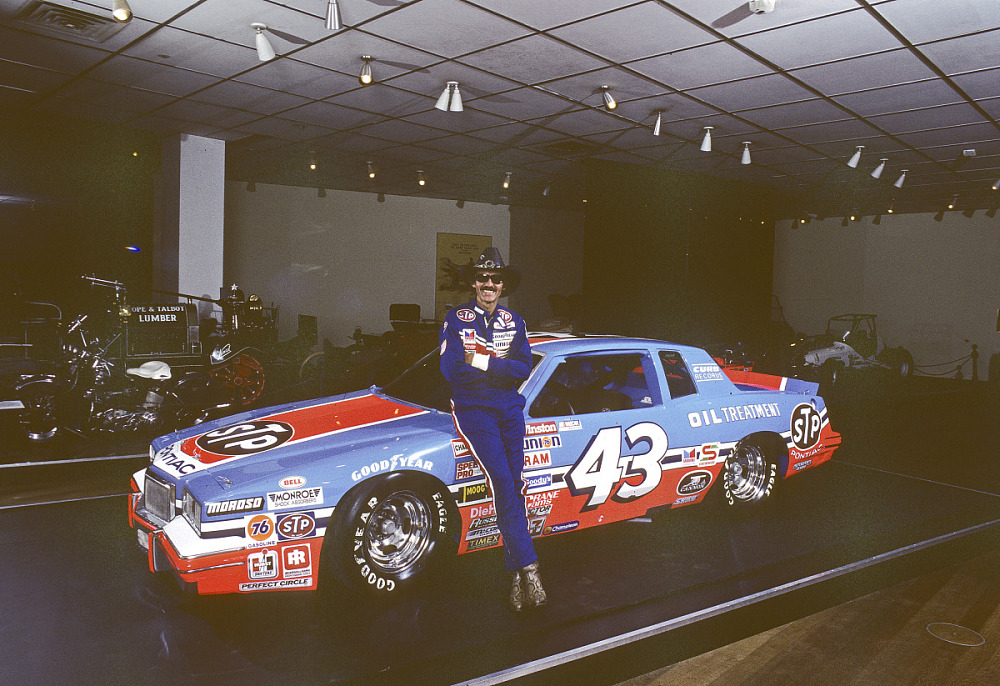 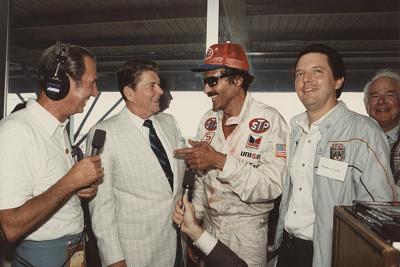 President Ronald Reagan's presence at the 1984 Firecracker 400 marked the first time that a sitting President attended a NASCAR stock car race. His attendance was indicative of the sport’s popularity at the time. 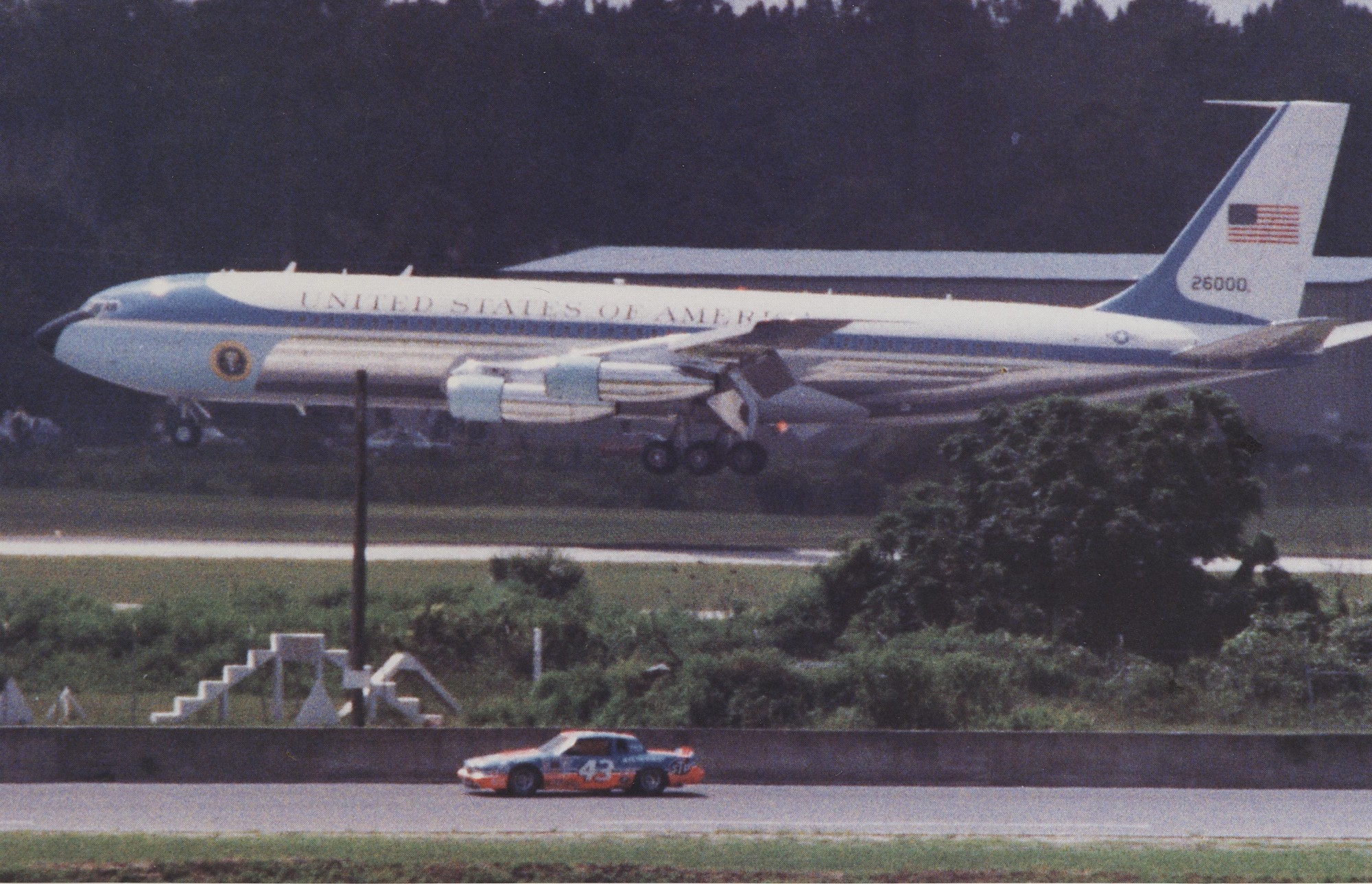 Air Force One landing in the background with Richard Petty's 43 on the track in the foreground.

Petty’s custom-built 1984 Pontiac is a Generation 3 race car, a regulation vehicle for the NASCAR circuit from 1981 to 1991. In an effort to make stock cars closer in appearance to showroom cars, NASCAR mandated a 110-inch wheelbase to reflect the smaller production models of the 1980s. This car has a body resembling a 1984 Pontiac Grand Prix, but it is a purpose-built vehicle with a frame made of chromium-molybdenum steel alloy. 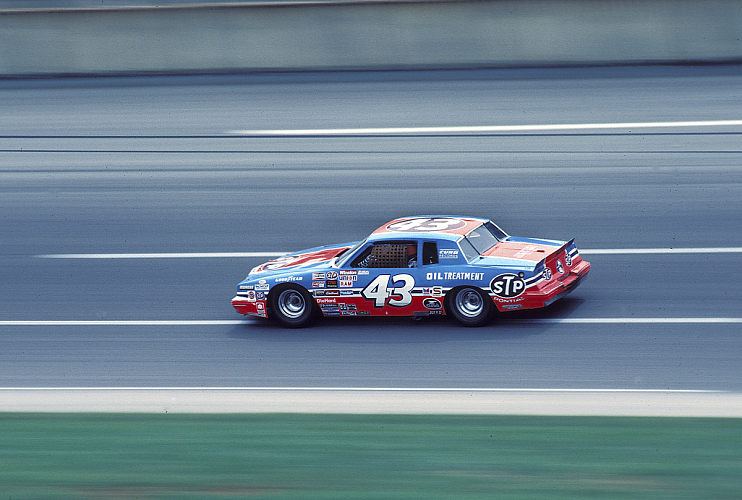 Originally owned by Mike Curb, a recording executive and race car owner who also served as Lieutenant Governor and Acting Governor of California, the car has a tubular space frame, full roll cage, rear spoiler, and racing wheels and tires. Robert Yates and DiGard Racing built the engine for Curb. As a safety requirement, Generation 3 NASCAR stock car rules specified the use of restrictor plates (perforated metal plates to restrict engine fuel and air intake) at speedways like Daytona and Talladega in Alabama. Restrictor plates limit and equalize speeds but cause the bunched-up packs of race cars and side-by-side type of racing that spectators love to watch. 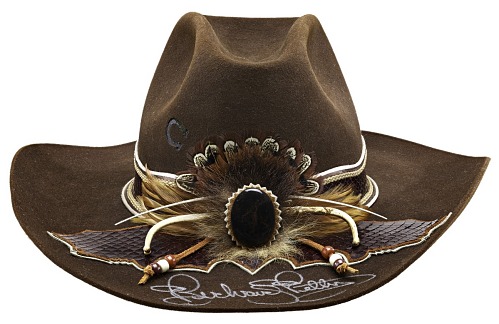 A cowboy hat worn by Richard Petty, part of his iconic style 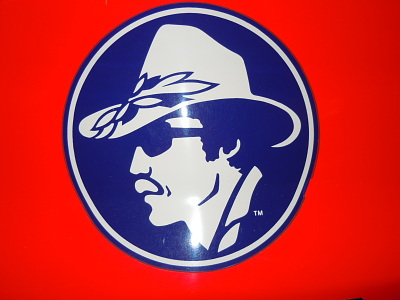 The exterior finish of Richard Petty's 200th victory car combines the signature blue color of Petty Enterprises and sponsor STP’s red color in a distinctive paint scheme. STP CEO Andy Granatelli always painted his own race cars a flamboyant Day-Glo Red, and much to Petty's chagrin, Granatelli insisted on the same color for cars that he sponsored. After several days of debate and tinkering with color schemes, the two racing giants finally reached a compromise. The hood, roof, and trunk would be Petty blue with a broad red stripe down the middle, and the door panels and fenders would be blue with STP red along the bottom. .

The Firecracker 400 on July 4, 1984 also marked the last time that Richard Petty would take the checkered flag before retiring from racing in 1992. 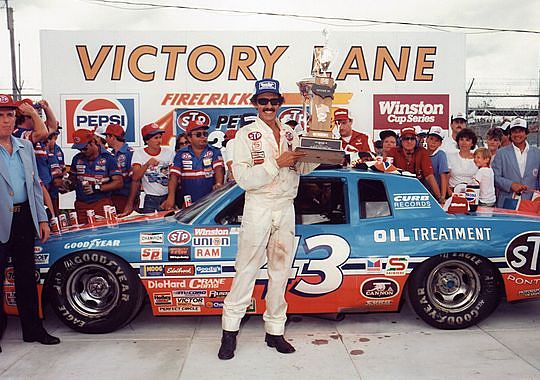 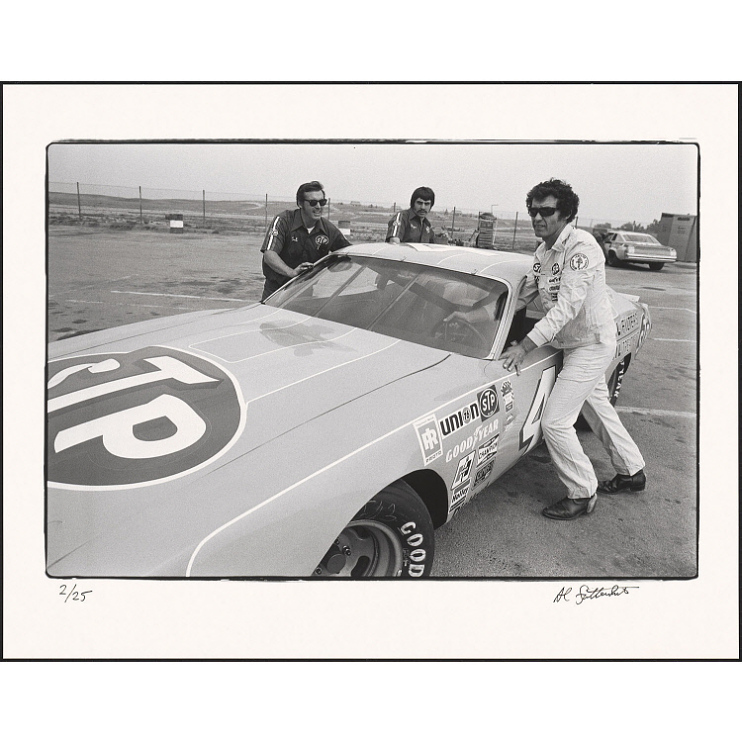