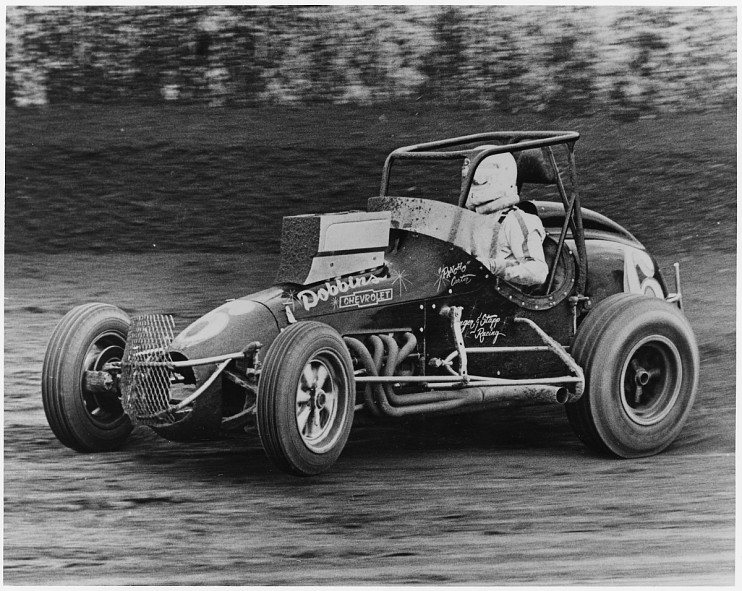 Sprint car owner and mechanic Steve Stapp designed and built this racing car in 1973 at his shop in Brownsburg, Indiana. It carried driver Duane Carter to the 1974 United States Auto Club (USAC) National Sprint Car Championship. It is a typical sprint car of the day, with a frame built of chrome-molybdenum steel alloy tubing and outfitted with a much modified “small block” Chevrolet V-8 engine with 350 cubic inches of displacement. The car has solid axles, spring front suspension, and torsion bar rear suspension. The rear axle has no differential; it is known as a “quick-change” type, allowing the mechanics to change gears quickly by hand to adjust gear ratios for different racetracks, the driver’s racing style, or track conditions. The car is equipped with a cage to protect the driver in a rollover accident. 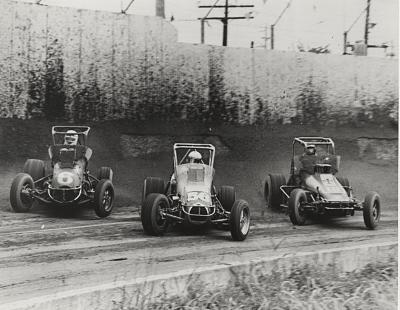 Three sprint cars make a turn on the dirt track

This car competed on dirt tracks east of the Mississippi River, primarily in Ohio and Indiana and as far east as Pennsylvania and Florida. Drivers who raced this car for Stapp’s team included (in addition to Carter) Johnny Rutherford, Jackie Howerton, and Terry White. It is painted in White’s color scheme.

Sprint car racing developed its own distinctive style of driving that made it a spectacle of sharp turns, flying dirt, and occasional crashes. Sprint car racing has its roots in short distance, high-speed races held on country fairground oval dirt tracks in the 1920s and 1930s. By the 1950s, it was a distinct form of grassroots motorsport with a large fan base. Much like minor league baseball, it was for many years a training ground for higher levels of auto racing such as the Indianapolis 500. Duane Carter won 40 USAC sprint car races and drove at Indianapolis for 20 years, earning Rookie of the Year honors in 1974. He had six top-ten finishes at Indianapolis with a best finish of third place in 1982. 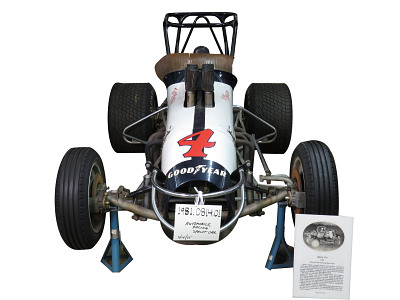 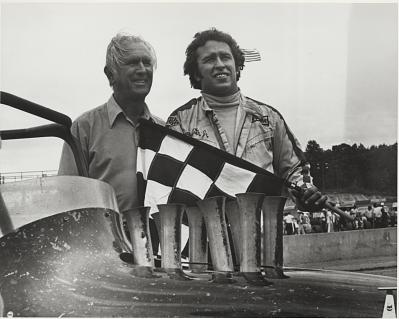