Leon Hurd’s race car exemplified a popular branch of stock car racing that developed after World War II. Stock car racing involved modifying inexpensive, used production cars and combining the most desirable parts from several models. Hurd, who lived in Groton, Massachusetts, was one of a small number of owners who approached this type of stock car racing on a professional basis. Many owners of stock cars entered racing for the fun and excitement, but they lacked the knowledge and financial resources to win races. Hurd steadily improved his mechanical and driving skills, and his patience, determination, and trial-and-error method paid off. 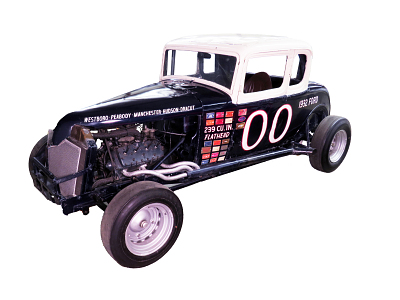 In 1952, Hurd rebuilt a 20-year-old Ford coupe into a race car carrying the number "00". Like most stock car owners, Hurd preferred a coupe because its relatively small size made it lighter than a sedan. His #00 “deuce coupe” (a generic term for a 1932 Ford, a popular car among owners of postwar racers) had a reinforced frame, stronger springs, and a 1942 Ford V-8 engine. There are no known records of Hurd’s wins and losses, but he claimed that he won 110 races in this car.

The high cost of designing and building race cars from scratch, and a strong desire among participants and promoters for cars that were affordable and available, had led to an explosion of stock car racing activities in the late 1940s and early 1950s. Vehicle owners modified production cars to enhance performance and safety. Spectators enjoyed watching the slam-bang style of racing made possible in closed coupes as they bumped fenders, wheels, and racetrack walls–risky driving that might have killed drivers of custom designed, open cockpit race cars.

By the early 1950s, there were two stock car classes in New England racing circles: Sportsman, which required a standard production car engine, and Modified, which allowed a larger, more powerful engine. Hurd assembled #00 as a Sportsman, but occasionally he raced against Modified cars. He raced on weeknights whenever he could spare enough time from his day job for preparation, repairs, travel, and practice laps. Hurd drove on tracks at Westboro, Norwood, West Peabody, and Groveland in Massachusetts, and Manchester and Hudson in New Hampshire. Before television became popular, attending live races attracted many spectators. Fans usually filled the grandstands, and there were many cars on the tracks. Hurd earned enough money from winnings to maintain his cars, with a small amount left over. 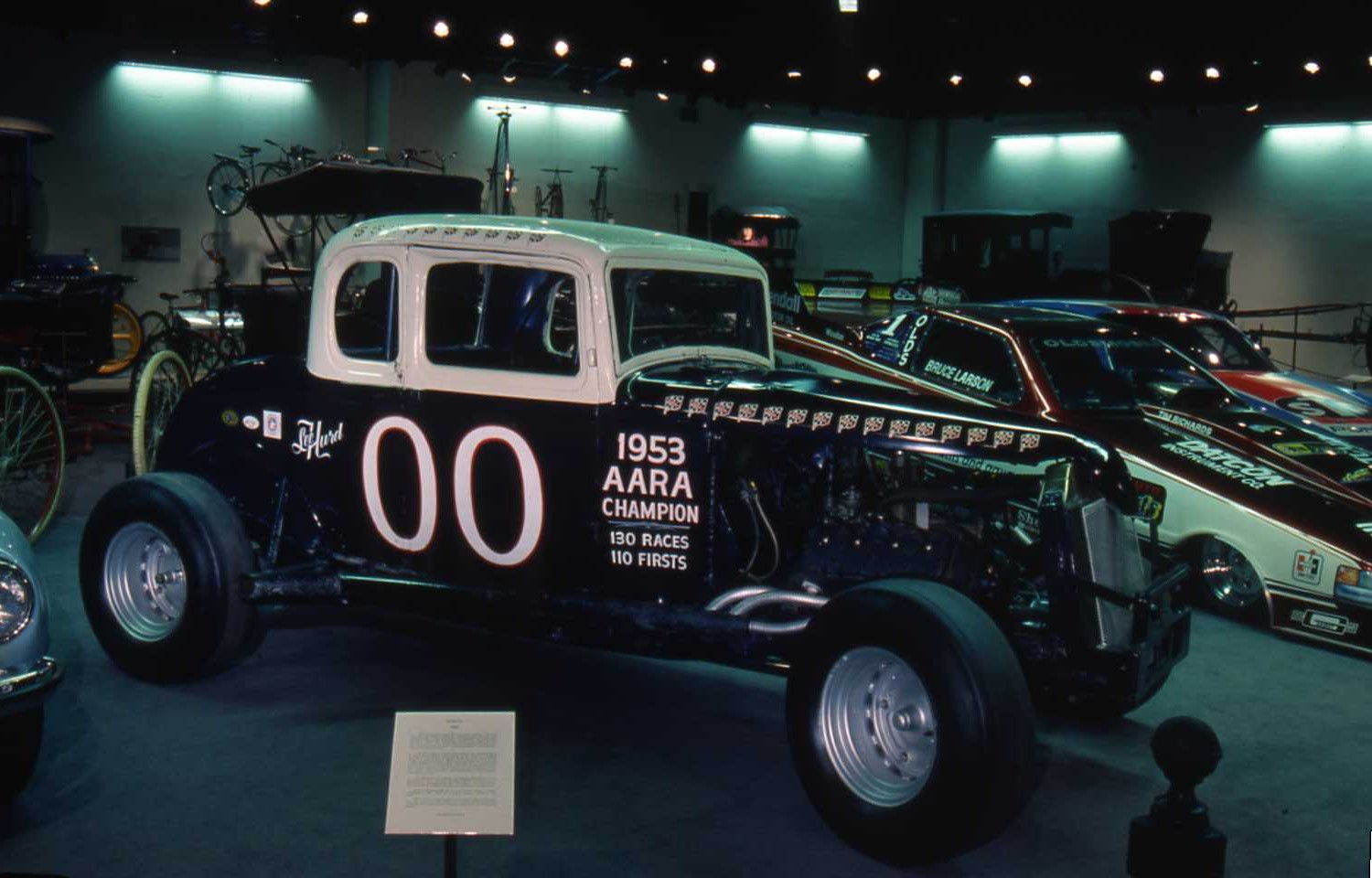 The Hurd Ford Coupe in the museum's Transportation Hall.

In 1953, Hurd reportedly drove in 130 races. Having become fully occupied with his job, he parked #00 at the end of the season and never drove it again in competition. Stock car technology moved on and, more important, some of the rules changed, making his car less competitive. He began driving for other stock car owners, including Marty Harty, who owned a racer with a pickup truck body. According to Harty, Hurd won a total of 11 consecutive Sportsman races and the track championship at Westboro Speedway. Hurd also became chief technical inspector for the United Race Drivers Club in New Hampshire. 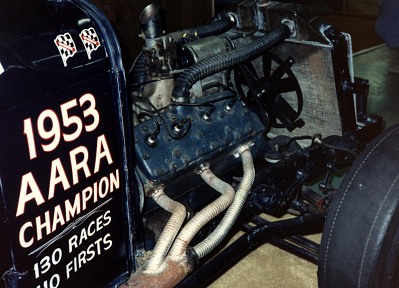 A close-up image of the engine inside the car's frame 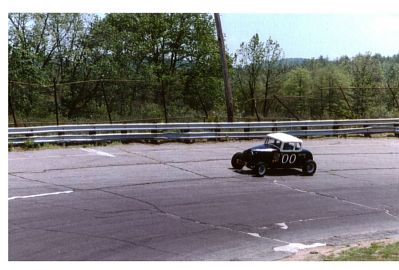 Hurd coupe #00 on a race track in Westboro, Massachusetts

Hurd restored #00 in 1979 and drove it in vintage racing events in New England. He donated it to the National Museum of American History in 1992.