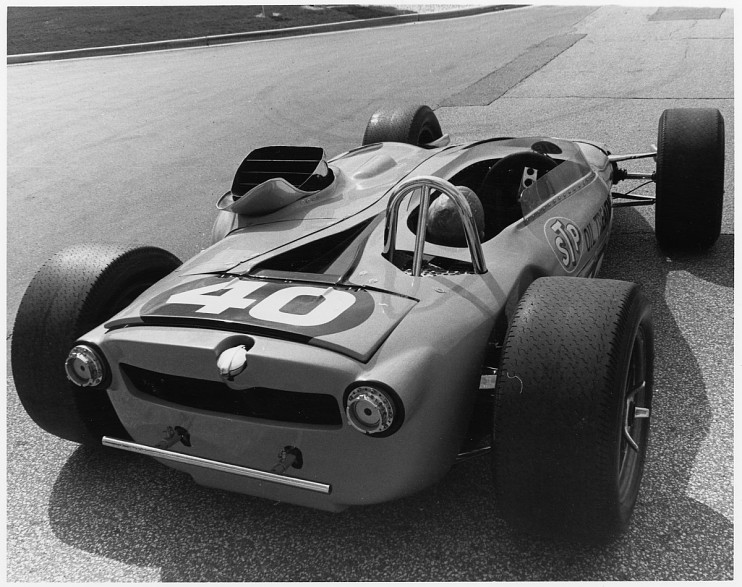 In 1967, the STP Turbocar became the first turbine-engine racer to qualify for the Indianapolis 500. Driver Parnelli Jones dominated that year’s race in this car and led almost until the end. However, a transmission bearing failed on lap 196 (out of 200), and he had to drop out of the race. 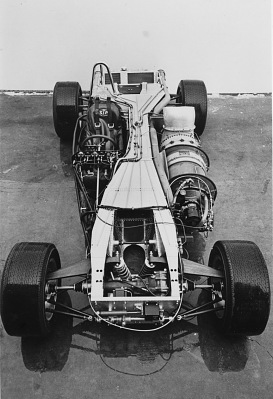 Turbine engine shown in place on the frame of the STP Turbocar
Image from division files.

Vince and Joseph Granatelli, brothers of STP CEO Andy Granatelli, built the STP Turbocar in complete secrecy but complied with all racing regulations in effect at Indianapolis at the time. The Granatellis wished to build “the first truly space-age racing vehicle … totally designed on aircraft principles,” according to a press release. The motive power would bear some similarities to a jet aircraft engine; both employed a turbine, but the race car engine would not be a true jet engine because it depended on a driveshaft, not thrust, to move the car forward. Nevertheless, the Granatellis chose Dr. Kenneth B. Wallis, an aeronautical engineer who directed experimental systems at Douglas Aircraft, to help design the car because of his extensive experience with aircraft design and his contacts in the field. After spending three years developing the Turbocar’s design, Wallis and the Granatellis built a practical, working vehicle.

Wallis and the Granatellis designed the car around a Pratt & Whitney ST6 turbine engine. This type of engine had a reputation as one of the world’s most successful industrial turbines. It could run on jet fuel, kerosene, or alcohol-based fuel. The car’s unique spinal chassis frame, constructed of an experimental aluminum alloy, consisted of a box-shaped structure with substructures for axle and suspension support, engine support, and driver containment. Thousands of rivets held dozens of frame pieces in stress. The design produced a great deal of torsional rigidity. 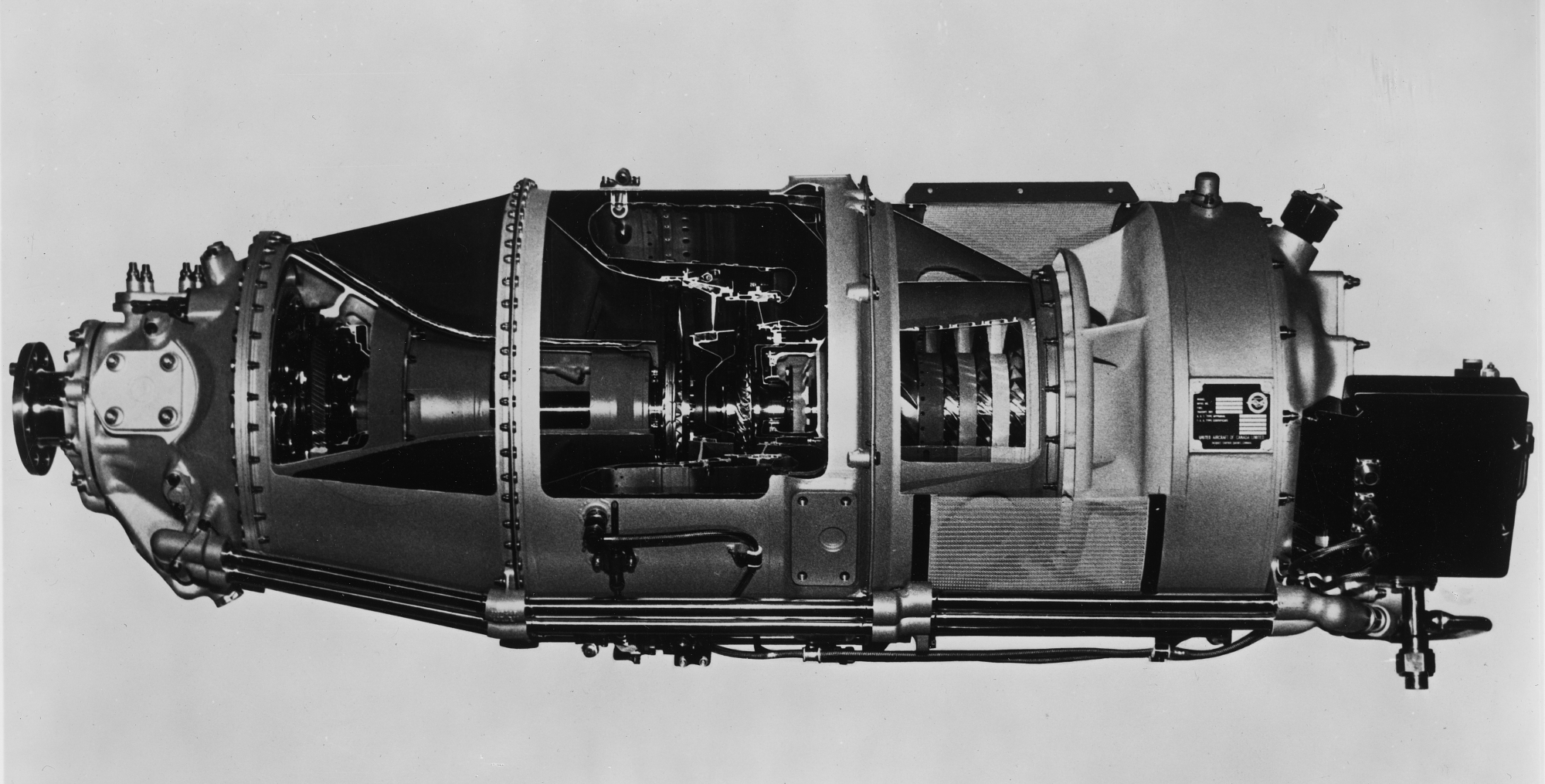 The car featured four-wheel drive, a centrally located fuel tank, and a layout that placed the driver beside the mid-mounted engine. A torque converter in the transmission box eliminated the need for a clutch and gear shifting. The combination of four-wheel drive, freedom from clutching, and freedom from shifting provided excellent handling and acceleration, especially coming out of the turns on an oval race track. The brake system included an innovative airfoil mounted on the car’s rear deck. An initial press of the brake pedal operated the airfoil; when pressed harder, the pedal engaged a hydraulic, four-wheel disc brake system. 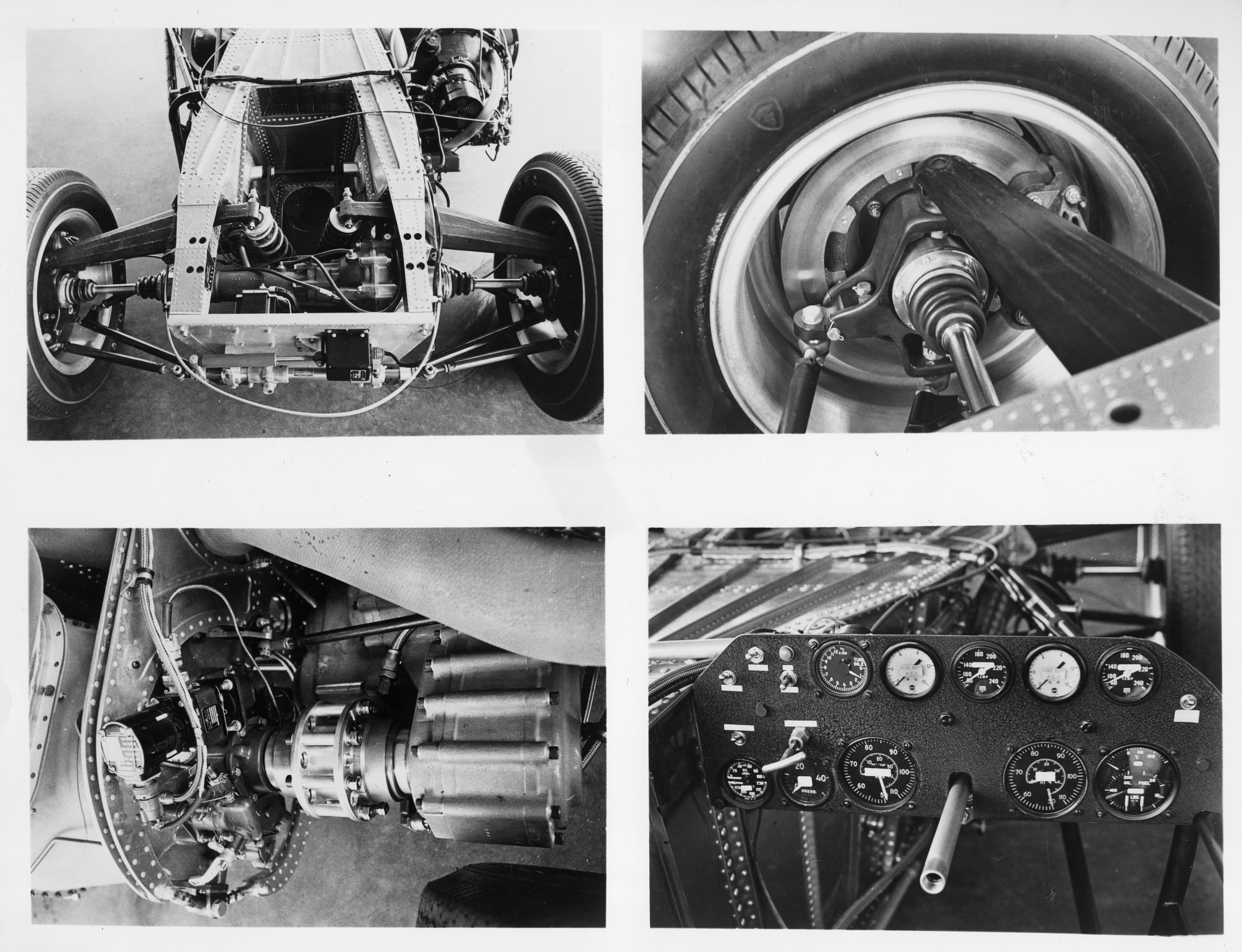 The turbine engine minimized spewing of oil and water onto the racetrack. The car has two oil radiators, one for the transmission gear case and one for the sealed engine bearing case. Oil never came near the combustion chamber, practically eliminating spilled oil as a hazard.

Due to the quiet, smooth operation of the turbine engine, the driver enjoyed an unusually comfortable ride. The absence of shifting gears, noise, and vibration greatly reduced driver fatigue while increasing safety and driver confidence. Parnelli Jones remarked about this car, “You can hear everything that relates to the safety of your ride. You can hear universal joints, the sound of pucks [brake pads] clapping on brake discs, and most important, every little squeak and squeal from your tires. The safety features provided security and a feeling of dependability that helps to win races. There is no better ride at the [Indianapolis Motor] Speedway.” 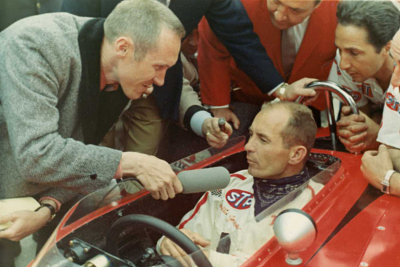 Parnelli Jones being interviewed after the Indy 500. Andy Granatelli can be seen in the background wearing his red jacket 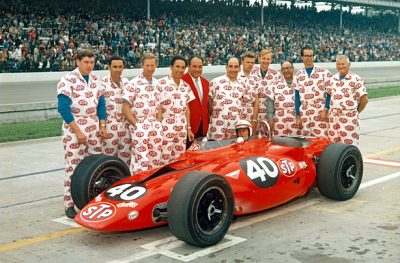