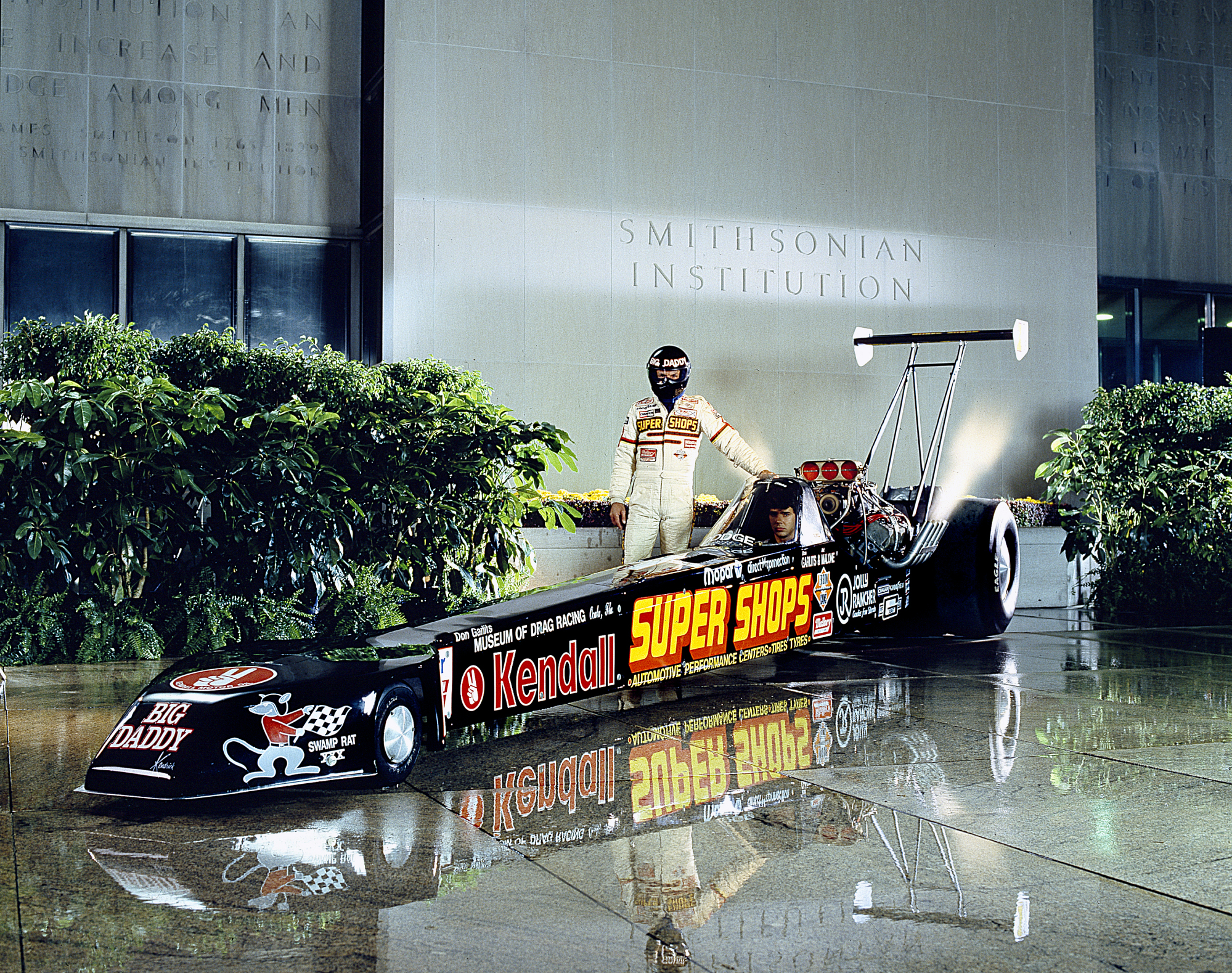 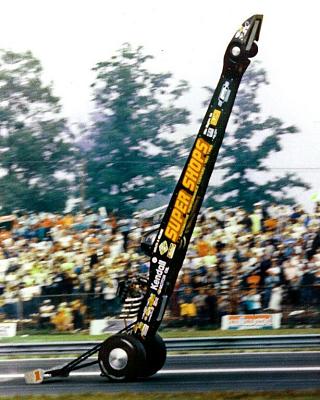 Don Garlits and Herb Parks built Swamp Rat XXX In the fall of 1985. The power plant is based on a Dodge “hemi” engine, with a hemispherical combustion chamber that offered the least internal surface area per cubic inch capacity and wasted the least possible energy. A Roots-type blower supercharged the engine by maintaining a manifold pressure of 50 pounds at 8,500 revolutions per minute. Garlits usually ran a fuel mixture of 85 percent nitromethane and 15 percent methanol through a fuel pump that fed the ejectors 50 gallons per minute. At 8,600 revolutions per minute, the engine produced 7,000 horsepower. To compete, the engine had to be rebuilt every three or four runs.

Beginning in 1950, the Florida native designed and built more than 40 dragsters, all bearing the “Swamp Rat” name after 1956. Over a career of more than five decades, Garlits became a major force in shaping drag racing. A constant tinkerer, he continued to refine engine design, aerodynamics, and driver safety. At the 1962 NHRA U.S. Nationals race announcer Bernie Partridge dubbed Don Garlits the “Big Daddy” of drag racing, and the nickname stuck.

Garlits fell in love with the intense, dueling nature of drag racing, competition between two cars and drivers in the ultimate test of acceleration and speed. He continuously refined his slender, one-off drag racing machines while pushing the limits of speed. Dominating the quarter-mile drag strips, he became the first to exceed 170 miles an hour and to break speed barriers of 180, 200, 240, 250 260 and 270 miles an hour. Overall, he won 144 races in national events and held 17 world championships. 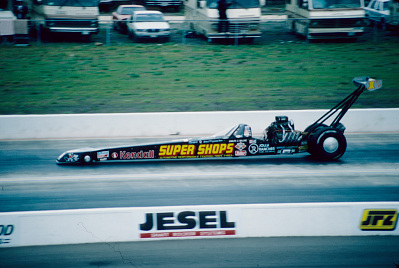 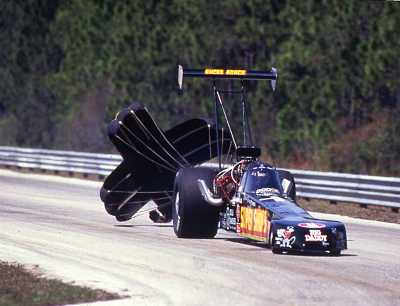 Garlits established important safety standards for professional drag racing. In the 1950s, very little consideration was given to safety on the drag strip. Helmets and goggles were the only safety gear worn by professional drivers. Then in 1959, during a run in Swamp Rat I, the supercharger exploded, causing Garlits to suffer near-fatal burns. Following this accident, Garlits introduced the practice of wearing a full-body fire suit while racing. In 1979, the transmission of Swamp Rat XIII exploded, tearing the dragster in half, inflicting severe burns on Garlits. and costing him the loss of a part of his right foot. In the wake of the accident, he determined to design and build the first competitive dragster with the engine in the rear instead of the front, and with a steel shield around the flywheel.

Front-engine dragsters, known as slingshots, had emerged in the 1950s and dominated top fuel drag racing into the 1970s. Previous attempts to build rear-engine dragsters had been unsuccessful because they were unstable and could not be driven in a straight line at high speed. Garlits began sketching a rear-engine design for Swamp Rat XIV. The task proved to be difficult, but Swamp Rat XIV set a record for the shortest elapsed time at the Indianapolis Motor Speedway dragstrip. That dragster was the first to exceed 240 miles per hour, and the improved safety and competitive success of Swamp Rat XIV solidified rear-engine design as the standard in top fuel drag racing. 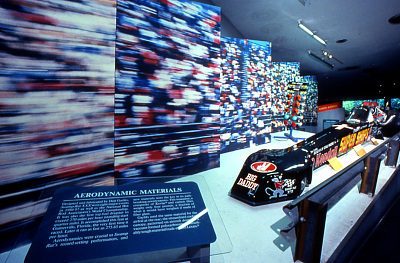 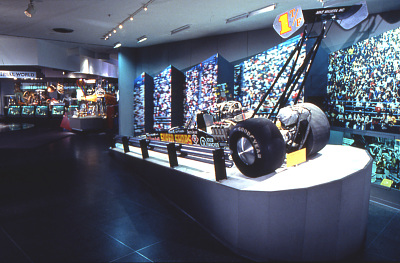