From the arrival of the Pilgrims in Massachusetts in 1620, religion in New England was shaped by the tension between traditions brought from afar and spiritual developments born of a land already filled with a diversity of practices and beliefs. Early efforts to enforce religious uniformity eventually gave way to an ever-expanding “spiritual marketplace” of Anglicans and Baptists, Quakers and Shakers, Congregationalists and Unitarians, as well as the resilient and adaptable traditions of African Americans and the region’s original inhabitants. The Pilgrims were only one chapter of a story that soon included new worlds of faith.

The first English settlements in Massachusetts were intended to be theologically uniform, but almost immediately differences of opinion became a part of the American religious experience. Facing persecution and sometimes death, dissenters fled to other colonies, while members of new denominations arrived and brought changes from within, creating a region known for both piety and diversity. 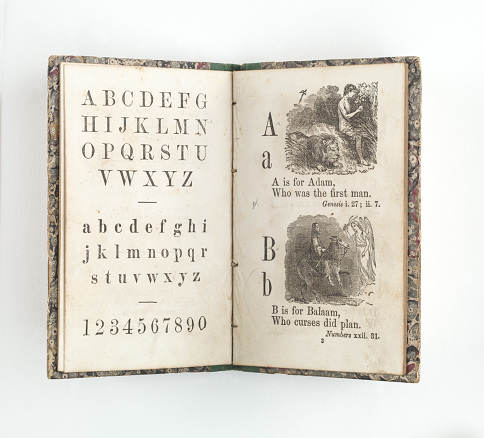 Religion informed every stage of life in early America, beginning with childhood. From the establishment of the first schools in New England in the 17th century, moral lessons and scriptural allusions were an essential part of education. Letter books like this one used biblical tales to teach basic reading skills.

The first book published in English North America, the 1640 Bay Psalm Book was used for worship by the Puritans of Massachusetts Bay, who prohibited any singing in church other than songs drawn from the Bible. For decades, this book set the tone for communal devotion. 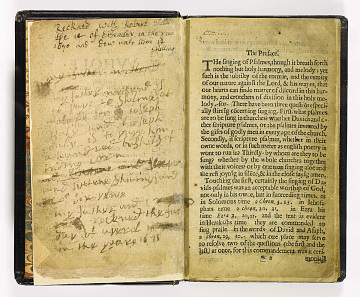 Massachusetts-born Quaker minister Lucretia Coffin Mott (1793–1880) was an educator, abolitionist, and pioneer of women’s rights. She led efforts to avoid the use of goods produced through the labor of enslaved people and organized the 1848 Seneca Falls Convention with suffragist Elizabeth Cady Stanton. 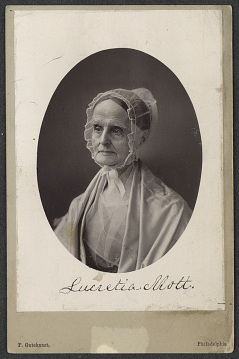 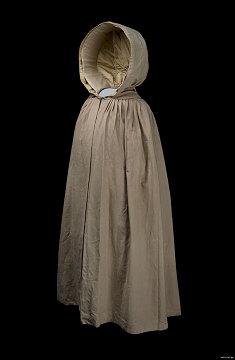 As governor of the Massachusetts Bay Colony, John Winthrop borrowed a phrase from scripture when he called his settlement “a city upon a hill,” serving as a model for others. He brought this communion cup with him aboard the Arbella, which transported early Puritan settlers from England in 1630. 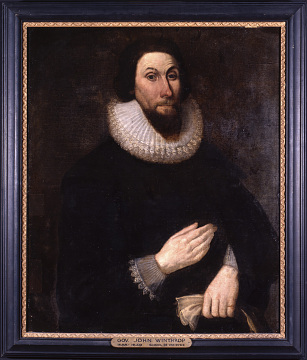 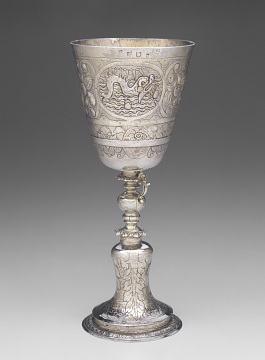 Loan from The First Church in Boston, courtesy of the Museum of Fine Arts, Boston

Led by Mother Ann Lee (1736–1784), the United Society of Believers in Christ's Second Appearing was a religious community influential throughout the 18th and 19th centuries. Called “Shakers” for their ecstatic worship, they embraced industry and commerce to further their cause, becoming known for craftsmanship, herbal remedies, and celibacy. 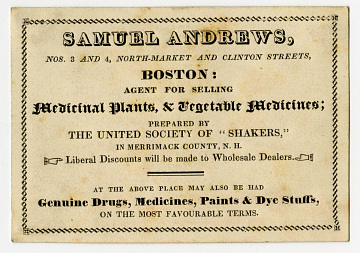 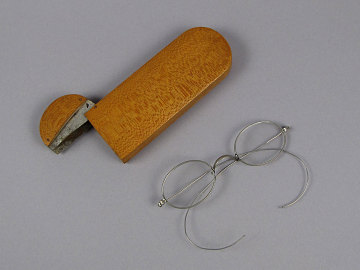 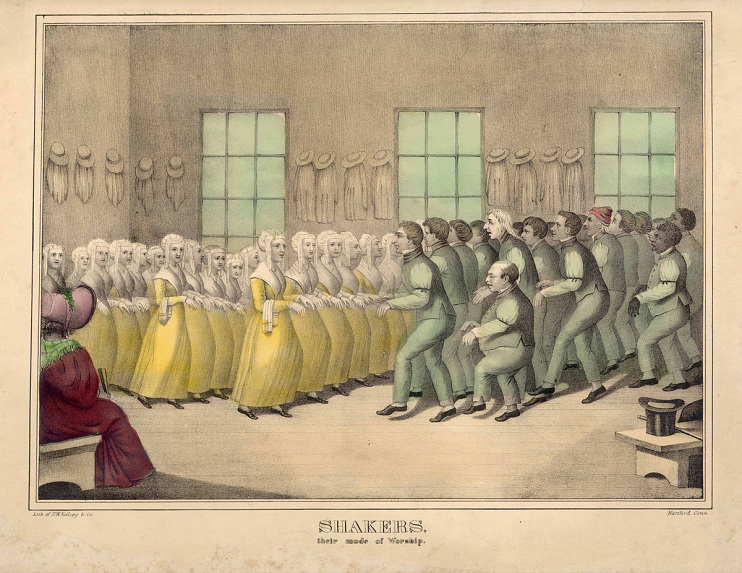 Exiled from Massachusetts for his unorthodox religious beliefs, Roger Williams traveled into what is now Rhode Island to start a colony of his own. He used this compass sundial as he explored southern New England, meeting members of the Narragansett tribe, from whom he purchased the land that would become Providence. 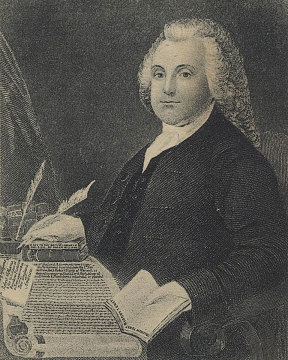 Courtesy of Museum of American Finance 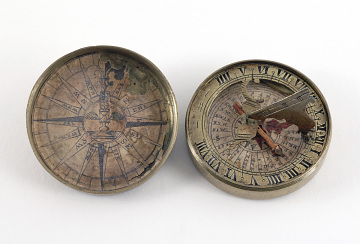 Interactions between European settlers and Native Americans often included exchanges of religious ideas. The first Bible printed in America was John Eliot's translation into the Algonquian language. Wampum not only served as currency but had religious significance, serving a function similar to scripture. 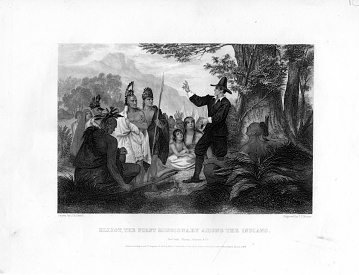 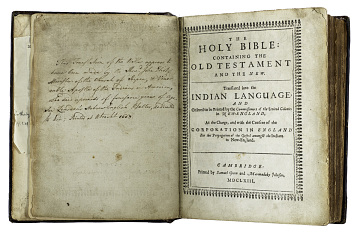 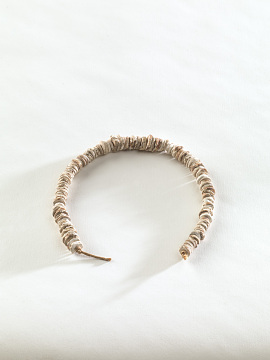 Gifts of Mendel L. Peterson and The Chase Manhattan Bank

Breaking with the Church of England

Saint Paul’s Church in Newburyport, Massachusetts, stayed open during the Revolution despite tension between their Anglican faith and New England’s patriotic mood. The church’s rector, Edward Bass, remained neutral during the war, but later crossed out benedictions for the King in his prayer book and inserted blessings for Congress. 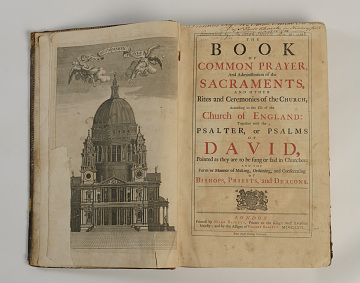 After the Episcopal Church in America was formally separated from the Church of England in 1789, Saint Paul’s in Newburyport became known as the “Bishop’s Church,” home to the first Episcopal bishop in Massachusetts. The church displayed this status atop its steeple with a carved wooden bishop’s mitre. 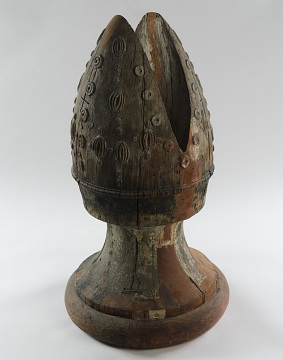 Church bells provided the iconic sounds of early America, not only summoning the faithful to worship but also serving as a communication system that could function at a distance in this mostly rural nation. For decades after the Revolution, Paul Revere was better known for his bells than his midnight ride. This bell hung in a Maine church until 1831, when it was moved to a Massachusetts textile mill. 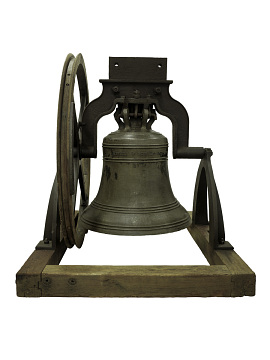 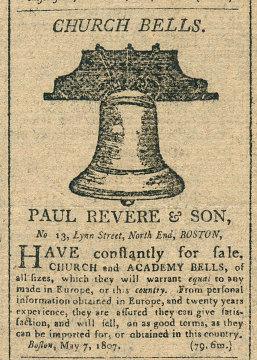 Courtesy of The Paul Revere House