The frontier spirit and wide open spaces of the American South fostered an explosion of religious devotion. Evangelical revivals brought the faithful out of their churches and into fields and forests, while non-Christian beliefs endured quietly or out of sight.

The revival movement known as the Second Great Awakening transformed the nation from the 1790s to the 1830s. In the southern states, Evangelical Christianity expanded via Methodist circuit riders and Baptist farmer preachers, attracting multitudes of all races, while older traditions adapted. Anglicans, prominent before the Revolution, broke ties with England to become Episcopalians, while traditions the enslaved carried with them or adopted—including Islam, Christianity, and many African traditions—became sources of solace. 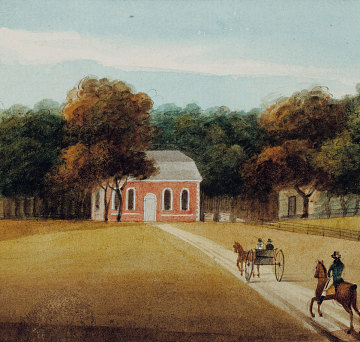 Religion in early America was practiced not only in houses of worship but also at home, often with clergymen presiding over improvised ritual objects. This blending of the domestic and the sacred was typical of a time in which faith was expected by many to play a role in every aspect of life.

George Washington became a member of the Anglican Church with his christening on April 5, 1732, during which he was wrapped in this brocade silk blanket. While many infants at the time were baptized in churches, gentry families like the Washingtons often performed this ritual at home. 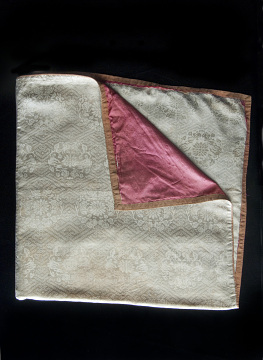 This silver monteith, or bowl for chilling wine glasses, doubled as patriot George Mason’s christening basin. It was in the Mason family for generations. Noting that all his children had been christened in the bowl, Mason’s will requested that it “remain in the family unaltered for that purpose.” 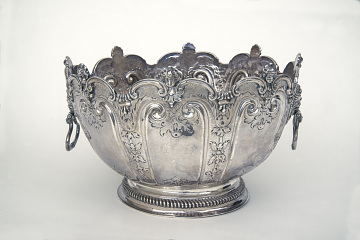 Loan from Board of Regents, Gunston Hall

Among the Cherokee and other Native American peoples, the game known as stickball (also known as A-ne-jo-di, “Little Brother of War”) was no mere athletic pastime but a ritual. Played with the guidance of medicine men, the game settled disputes between tribes and was thought to give pleasure to the Creator. 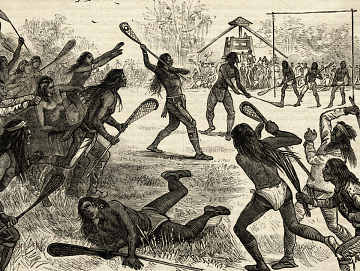 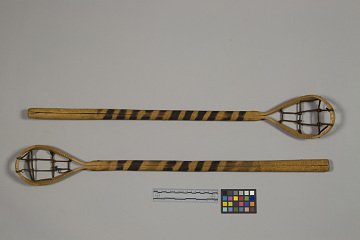 The suppressed religions of the enslaved—Islam, Yoruba, and other African traditions—endured through adaptation and blending with Christianity. On Sapelo Island, Georgia, the enslaved Muslim Bilali Muhammad composed this Islamic text in the 19th century. Elsewhere in the South, enslaved men and women kept polished beads for spiritual protection. 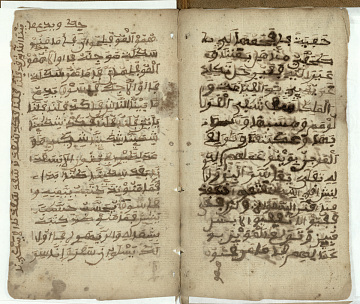 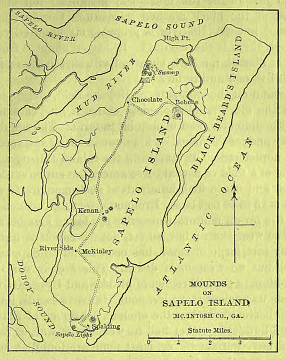 With churches prevented from receiving state funds, the regular request for financial support from the congregation became its own religious ritual. This handmade collection basket received congregants’ weekly offerings, helping to maintain a Virginia Baptist church. 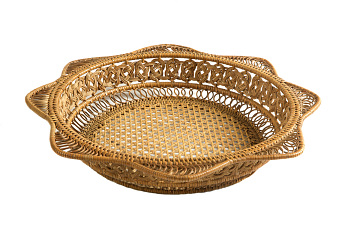 From the beginning, Americans interpreted scripture through their own experiences. In this embroidered silk depiction of the Exodus story of Moses found in the bulrushes by the Pharaoh’s daughter and her attendants, the three women are shown in dresses popular in the 1830s. 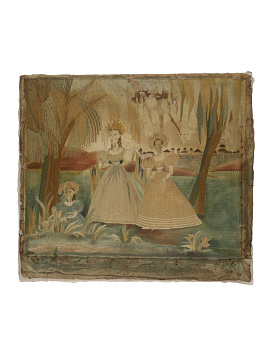 Religion in the Growing Nation

Camp meetings were a popular form of Protestant worship throughout the 19th century. Lasting several days, these open-air events often involved ecstatic communal prayer. Hundreds and even thousands came from miles around for preaching and worship, and to enjoy the festival-like atmosphere. 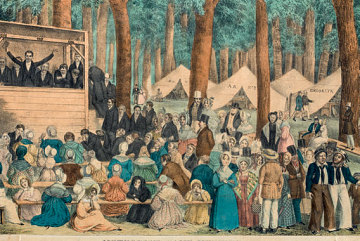 Distributing Bibles, tracts, and hymnals, Methodist circuit riders spread literacy along with religion as the country expanded. One of the first two Methodist bishops in America, Francis Asbury (1745–1816), rode more than 130,000 miles, often carrying this trunk and powder horn. He visited nearly every state once a year. 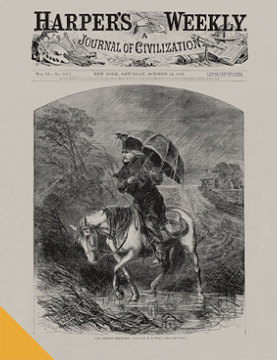 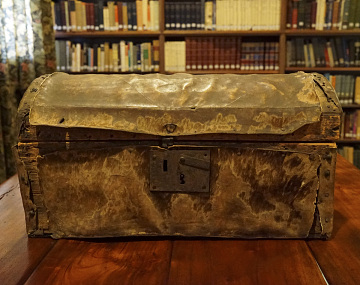 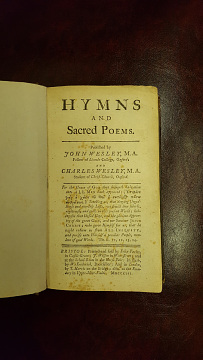 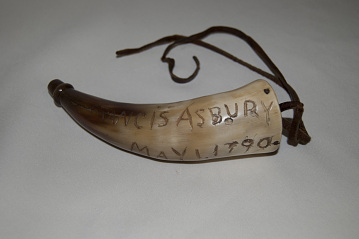 Loan from The General Commission on Archives and History, The United Methodist Church

George Whitefield (1714–1770) was an important figure of the religious revival known as the First Great Awakening. Traveling throughout the colonies, he preached open-air sermons from portable pulpits, including this one he used perhaps two thousand times. Benjamin Franklin once calculated that Whitefield’s voice was loud enough to be heard by a crowd of 30,000. 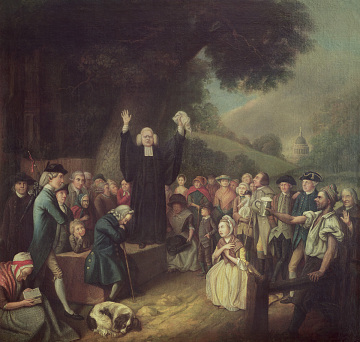 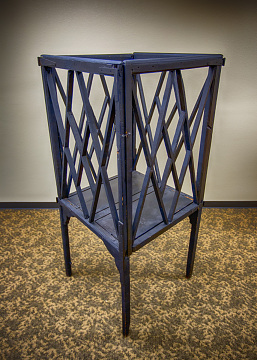 ‹ Mid-Atlantic up The Presidents' Bibles ›