This website is based on an exhibition that was on view at the National Museum of American History from February 2017 to July 2019. 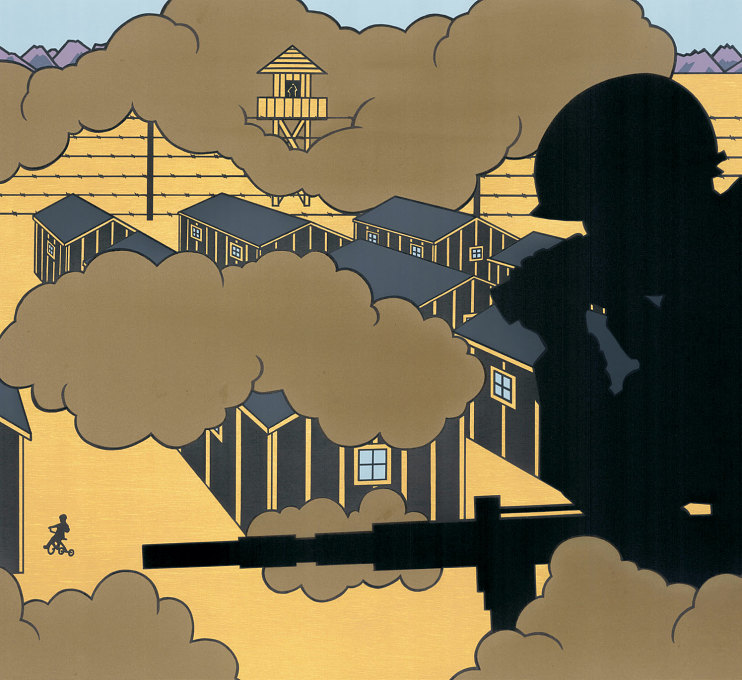 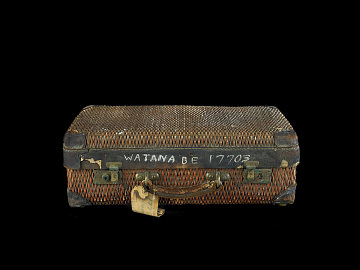 Evacuees were allowed to bring only what they could carry. The Watanabe family brought this suitcase marked by identification number 17703 with them to the Minidoka camp in Idaho. 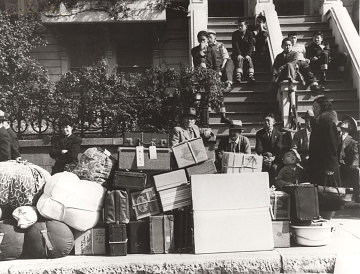 The Fuchigami family used this baggage tag with the number 20480 assigned to their family when they were ordered to leave their peach and walnut farm.

Twenty-year-old Bill Fuchigami wore this ID tag with the family number 20480 as he was transported first to a temporary detention center in California and then to the Amache camp in Colorado. 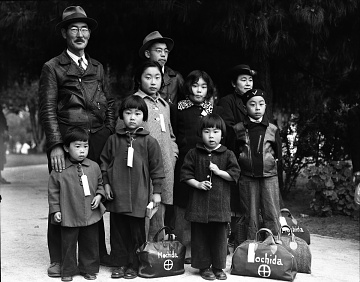 Members of the Mochida family await an evacuation bus in Hayward, California, May 8, 1942.
Dorothea Lange, Courtesy of National Archives 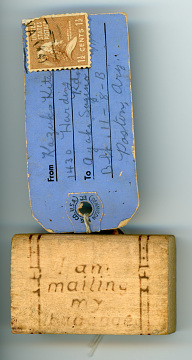 Kazuko Kita sent this hand-carved wooden pin through the mail to Ayako Sugino, who was held at a camp in Poston, Arizona.