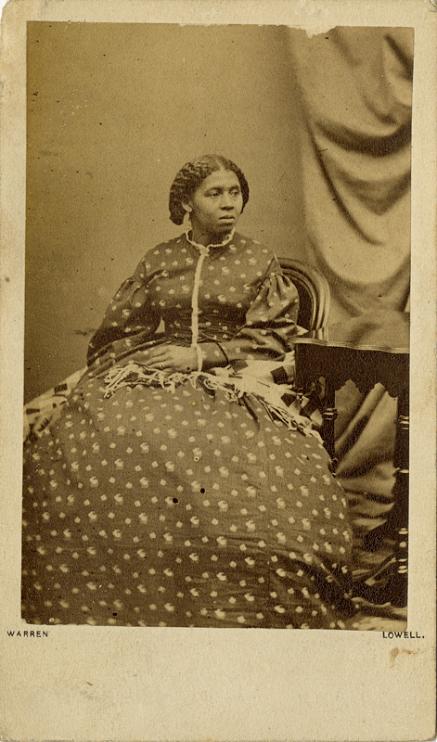 As an emancipated slave, Miriam Washington’s character highlights the role of escaped and freed slaves during the war. Freed slaves were involved in the fight from the very beginning. Figures like Frederick Douglass, Harriet Tubman, and Sojourner Truth were well known during their time. Frederick Douglas helped convince President Abraham Lincoln that slaves should be allowed to fight in the Union Army and that a goal of the war should be the abolition of slavery. Harriet Tubman served as a Union scout and spy. Sojourner Truth helped recruit African-Americans for the Union Army.

Famous African-American abolitionists were not alone in their work. Both freed and escaped slaves joined the cause and contributed in many ways, including as soldiers, spies, scouts, nurses, cooks, blacksmiths, paid laborers. In the case of the Miriam Washington character, it was through working as a laundress for Union Army soldiers.

Regardless of their path, many people gained inspiration from famous African-Americans like Sojourner Truth and Frederick Douglass.

In some states, freed slaves were required to carry documentation and proof of their status called freedom papers. Such a document would have been extremely important. Many states passed special legislation to block the Fugitive Slave Act of 1850, which allowed the capture and return of runaway slaves; however, the act was not repealed until 1864.

Supporters of abolition believed slavery should be ended, but there was substantial debate about the future of freed slaves. One movement supported by the American Colonization Society sought to help freed slaves return to Africa. In 1822, the society created a colony in West Africa, which became the independent country of Liberia in 1847. The District of Columbia Compensated Emancipation Act of 1862 offered to pay the newly emancipated slaves $100 if they agreed to move to Haiti or Liberia. It would have been on the mind of Miriam Washington.

Many freed slaves thought moving to Africa would help them escape racism and find more opportunities for success. Critics argued that freed slaves should enjoy the same freedoms and rights as other citizens of the United States.

The pamphlet to the right could have been read by someone like Miriam Washington. While many southern states had laws preventing slaves from learning to read and write, not all states did and some slaves learned in secret.

American Colonization Society Pamphlet (Courtesy of the Library of Congress)

‹ The Real Stories up Julia Dietz ›