Editor’s note: This post is the third in a series of monthly posts exploring the work of Smithsonian Gardens and its relationship to American history.

Each November 11th, at 11:00am, the date and time of the signing of the armistice that ended World War I, much of the world honors those who have served in the military. During this time of war, Veterans Day is especially meaningful for Americans remembering the sacrifices that our men and women in the armed forces make. 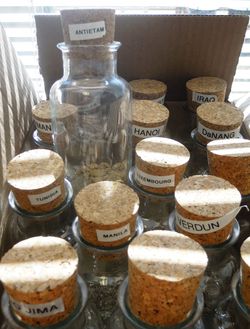 On November 10, 2010, at 9:45 AM, Smithsonian staff and visitors will observe Veterans Day with a special ceremony dedicating a beautiful red oak, Quercus rubra, a traditional symbol of the military, on the grounds of the National Museum of American History. The tree will be symbolically planted by spreading soil collected from 16 battlefields from 11 different wars or conflicts involving the United States, ranging from Antietam to Afghanistan, around the roots.

A few years ago, the missing or declining red oaks on the grounds of the museum were replaced with ones collected from historically significant places—Lexington Green, The Trail of Tears, Manassas Battlefield, etc.—the thought being that the visitor experience should start as soon as one steps onto the grounds of the museum. The idea for a Medal of Honor Oak in battlefield soil originated from a conversation between Smithsonian Gardens horticulturist, Brett McNish, and a museum community friend on how to give an existing ordinary tree meaning. The soil, also called mud, earth, ground, dirt, and dust, is symbolic in military tradition; it’s where brave men and women fight, where valor occurs, and where victory is won.  Soil is sacred. The battlefield soil, when spread around the base of the tree, will not only nourish the Medal of Honor oak for decades to come, but give it meaning.

The distinguished Medal of Honor is the highest American military decoration that can be awarded, and is bestowed on those who perform exemplary actions “conspicuously by gallantry and intrepidity at the risk of his or her life above and beyond the call of duty while engaged in an action against an enemy of the United States.” The Smithsonian Institution, in conjunction with the Congressional Medal of Honor Society, wishes to honor recipients of this award with a living memorial to their courage and sacrifice. It is just one example of Smithsonian Gardens’ efforts to expand the Smithsonian experience to the gardens and grounds that surround the museums. 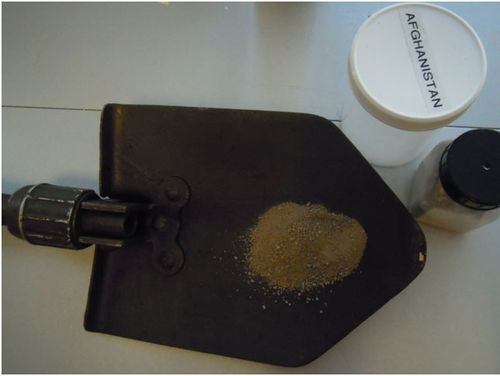 Representatives from the Congressional Medal of Honor Society will join Smithsonian officials in spreading battlefield soil samples around the tree.

The ceremony is free and open to the public. Please join us on November 10, 2010, at 9:45 AM, just inside the wall near the corner of 12th Street and Constitution Avenue, N.W.

To learn more about American military history, please visit The Price of Freedom: Americans at War. You can find several medals in the collections of the National Museum of American History, including:

Editor’s Note: You can recognize a veteran with a gift to the museum. After making a donation you have the option to send an eCard to let your loved ones know right away.

Posted in Back to Our Roots, Public Programs