History in the walls 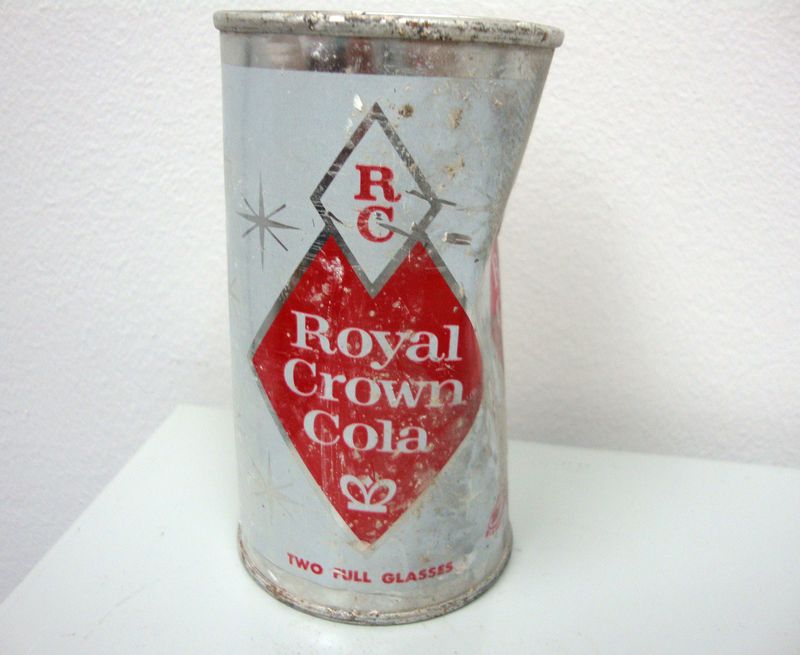 One of the cola cans discovered in the museum's walls

Museum people have a hard time throwing things away—our offices are proof of this. When the Washington Post took a peek into the office of a senior curator who had worked at the National Gallery of Art for 38 years, I recognized the telltale signs of a long career of sharing collections and stories with the public. As museum folk, we see the value of the stuff we preserve and interpret—and we tend to hang onto that.

But curators aren't the only ones guilty of keeping props from exhibitions that closed years ago, scraps of public feedback on comment cards, and other bits and pieces of the building's history. Property Management Specialist Angela Perez and Architect/Project Manager Pedro Colon recently acquired their own office decor.

As two staff members involved in the renovation of the museum's west wing, a project that will bring the museum new galleries, an education center, interior public plazas, performing arts spaces, and a panoramic view of the Washington Monument, Perez and Colon were doing a routine walk-through when they noticed something odd.

"There were two cans hanging out of a wall where the contractors had already started to cut through," said Perez. "The cans caught our eye." They turned out to be RC Cola cans from around 1958. "Pretty cool, huh? What a fun and great find! I wonder what else are in those walls..." she said.

"There are perks in everyone's job," said Perez. "That day was a perk for us!" 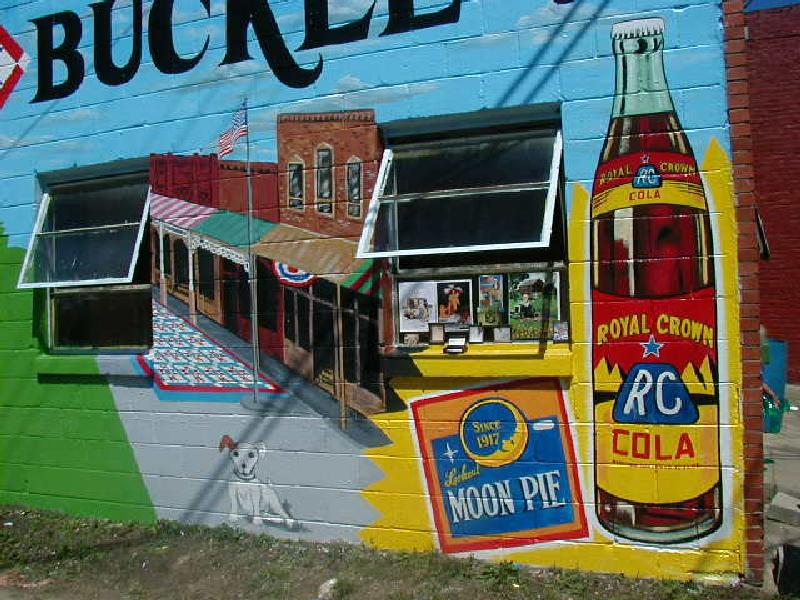 To some, the cans may just be junk. But to museum folks, the discovery piqued our interest in learning more about RC Cola. The combination of an RC Cola and a MoonPie were known in the 1930s as the "working man's lunch," a ten-cent meal popular among laborers and coal miners. Perhaps workers from the building's construction had enjoyed the beverages—after all, the groundbreaking took place in August of 1958. In the 1950s, a country song called celebrated the sweet combination, which some still enjoy today, especially at the Bell Buckle, Tennessee, annual festival honoring the treat. 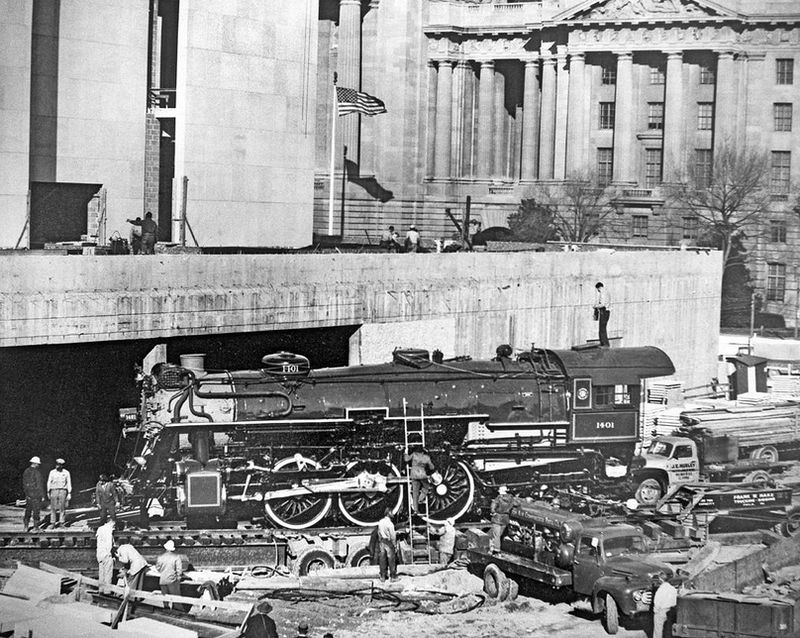 Workers move the 1401 steam locomotive into the museum building using a pulley system in 1961.

But there are many other historical angles from which to explore the cans, especially if you're a museum curator. "I would encourage viewers to take a closer look at the can to think about manufacturing, labeling, and marketing changes," said Shannon Perich, associate curator for the photographic history collection. "History is everywhere, even in someone's hidden trash."

As renovation transforms the museum, the cola cans offered us an opportunity to reflect on the museum's history and the different angles we take on historical objects and stories. It reminded me of an activity I've done while training museum volunteers to visually investigate objects. You give them a McDonald's food container (or any other everyday object) and ask them 50 questions about it. 50 Ways to Look at a Big Mac Box challenges us to truly mine an object for the maximum number of possible meanings; once you try this, you have a new appreciation for the job of writing a museum label or picking a theme for a section of an exhibition.

Have you ever stumbled upon a piece of history while renovating a room or moving? Tell us in the comments!

The museum's center core and east wing remain open during renovation. Before visiting, check out our renovation website to see which exhibitions have moved or closed and plan your visit.

Erin Blasco is an education specialist in the New Media Department. Besides an occasional cola or two, she also likes to enjoy cider, hot chocolate, or tea—just like people drank in colonial times.

Posted in Musings, Behind the Scenes