Abercrombie & Fitch might be best known today for its teen casual clothing and risqué window displays. But the company was once the go-to outfitter for wealthy Americans looking for rugged outdoor gear. Originally founded in New York in 1892 by camper, hunter, and fisherman David T. Abercrombie, A&F called itself the "Greatest Sporting Goods Store in the World." 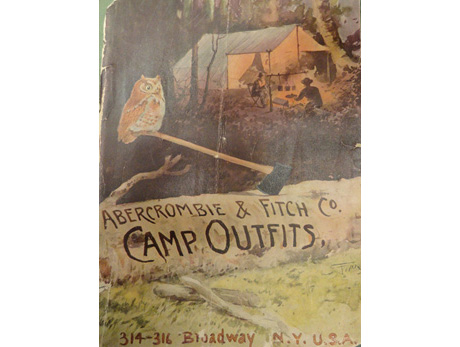 A&F catalog, Warshaw Collection of Business Americana, housed in the Archives Center at the National Museum of American History. The museum's collection of old A&F catalogs illustrates the surprising origins of the company as an outdoor outfitter.

I've been examining historical catalogs from outfitters like A&F, L.L. Bean, and Filson during my residence as a research fellow at the museum. With generous funding from the Smithsonian Institution Pre-Doctoral Fellowship and a Lemelson Center Research Fellowship, I've spent the past five months conducting research for my dissertation, entitled "From Buckskin to Gore-Tex: Consumption as a Path to Mastery in Twentieth-Century American Wilderness Recreation," which I'm completing at the University of Wisconsin-Madison.

The dissertation examines the gear Americans took with them on wilderness vacations from the late 19th century to the late 20th century and, more importantly, people's ideas about what technologies belong in nature. 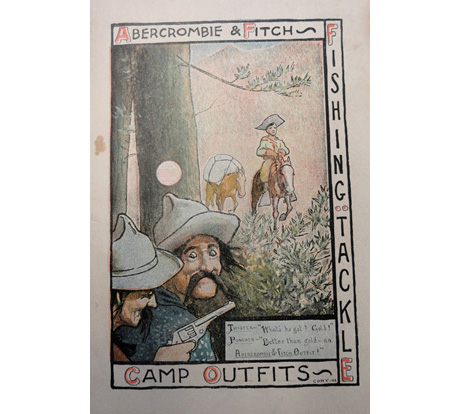 The museum's collection of Abercrombie & Fitch catalogs dates from 1903 and represents a key set of sources for my doctoral research, offering a glimpse into the growing outdoor industry in the early 20th century. The "Fisherman Flannels," "Explorer's Tents," and other gear in the pages of an A&F catalog were "an invitation to every sportsman and sportswoman in the United States" to start hunting and camping.

These early catalogs were not just lists of inventory—they also contained long paragraphs describing how to camp. Often, A&F quoted famous guidebooks on how to choose a walking outfit or how to select a proper campsite. For example, a 1922 A&F catalog quotes Horace Kephart's Camping and Woodcraft: "Carrying with him, as he does, in a few small bundles, all that he needs to provide food and shelter in any land, habited or uninhabited, the camper is lord of himself and of his surroundings." 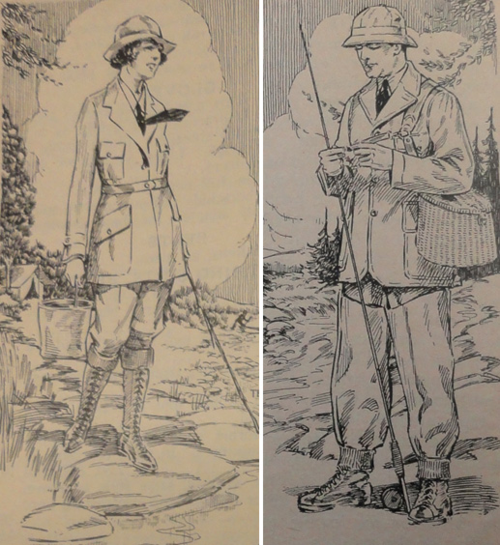 A&F cultivated an image as "a Clearing House for the information which the great Goodfellowship of Sportsmen, Travelers and Explorers are only too glad to pass on to others." Interweaving philosophical texts about the craft of getting back to nature with the goods for sale was a common practice in outdoor catalogs. In addition to selling fishing suits or backpacks, the catalogs could also teach potential consumers how to behave on the trail. 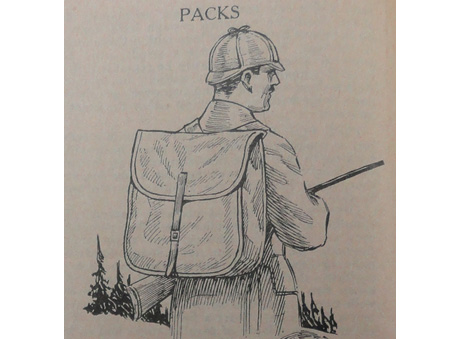 A&F catalog, 1922, Trade Literature Collection, National Museum of American History Library. This pack was "made famous by 'Nessmuk,' the old-time woods traveler and writer" and was designed "for carrying light loads in compact form."

One important idea repeated again and again in early 20th century catalogs, Abercrombie & Fitch's included, was the importance of not overpacking. That might be surprising, since the catalog was designed to sell as much gear as possible.

Beyond sore shoulders, why did it matter so much if you overpacked for a camping trip? Since the early 20th century, overpacking has been associated with beginners. Only greenhorns who didn't know what they were doing packed too many gadgets. "Men of experience," one guidebook assured, knew to leave "cute things" behind when they headed off for a wilderness vacation. 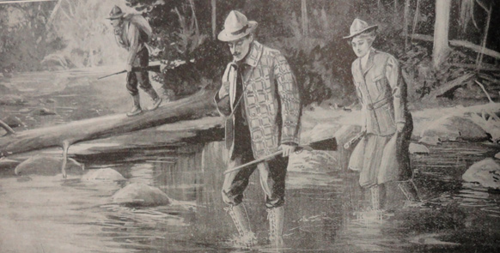 A&F catalog, 1913, Trade Literature Collection, National Museum of American History Library. "By far the most important of all outdoor equipment is your footwear. When your feet hurt, you hurt all over. …Whether you climb a mountain trail, play baseball, golf, or only walk a country road, your shoes must fit and your feet must be kept dry."

A&F catalogs from the early 20th century illustrate the changing world of outdoor recreation. While generations of outdoor workers, like ranchers, miners, and cowboys had camped outdoors out of necessity, camping as a leisure-time activity was growing in popularity in the teens and twenties. Abercrombie & Fitch catered to wealthy and middle-class Americans who wanted to find their "bit of Paradise" as sportsmen on wilderness vacations. Examining the text and images of the catalogs shows that outdoor companies like A&F sold more than gear—they also taught Americans how to think about camping and outdoor sports in the early 20th century.

Abercrombie & Fitch no longer sells rugged outdoor clothing and equipment, but its legacy lives on. Pick up an outdoor gear catalog from The North Face or Patagonia and you will find similar lessons: clothing and equipment to get us outside, and essays, articles, and copy meant to teach customers how to do it right.

Rachel Gross is a Pre-Doctoral Fellow and a Lemelson Center Fellow at the National Museum of American History. She is a Ph.D. Candidate in History at the University of Wisconsin-Madison.

Hiking enthusiasts may also wander over to our online exhibition on Earl Shaffer, the first person to walk the entire Appalachian Trail from Georgia to Maine in one continuous hike.