On the 150th anniversary of the fall of the city of Atlanta to the Union Army's Division of the Mississippi during the Civil War, we're launching a new online group of artifacts related to Union Army General William Tecumseh Sherman. Project Assistant Ryan Lintelman brings us three Sherman facts that might surprise you. 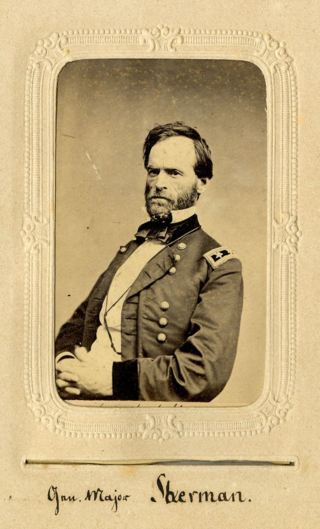 One of the most debated figures of the Civil War, Sherman has been equally celebrated and reviled in public memory. He brought hard warfare to the South, leaving a wake of destruction through Georgia and South Carolina which hastened the surrender of Confederate forces in the Carolinas, Florida, and Georgia in April 1865. His harsh tactics ended the bloody conflict and resulted in freedom for millions of enslaved people.

Here at the museum, we have a unique collection of Sherman objects which illustrate a broader view of his life, not just his Civil War service, and these speak to a surprisingly rich and complicated legacy. Sherman saw more of the United States than most of his contemporaries and participated in some of the major events and debates of the era. Here are three interesting objects from our new web group which help illuminate the life of William Tecumseh Sherman:

Since Sherman is now best known for his destructive March to the Sea, it may come as a surprise to learn that he began his military career in the South before the outbreak of the Civil War.

When Sherman graduated from West Point in 1840, he was sixth in his class, and was offered a relatively plum commission as a lieutenant in the Third United States Artillery. He briefly served in Florida during the waning days of the Seminole War and at Fort Morgan in Mobile Bay before his assignment to garrison duty at Fort Moultrie, in Charleston, South Carolina, in 1842. Sherman wore this coatee—a short coat with tails—while on duty in Moultrie on and off through 1845. 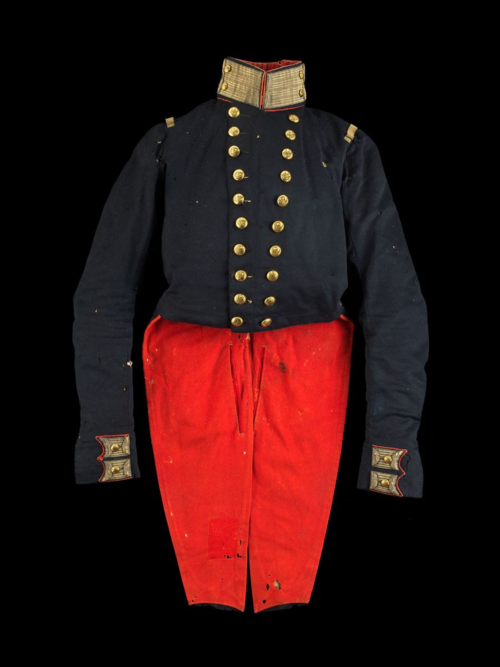 The young officer was accomplished, gregarious, and the foster son of Thomas Ewing, a prominent Whig politician from Ohio, all of which gave him access to the upper echelon of Charleston society. Sherman wrote home about his delight at spending his ample leisure time fox hunting, fishing, boating, dancing, and making hundreds of visits to friends in Charleston and the fashionable resorts of Sullivan's Island. He found his South Carolina home "so bright and delightful, that I have almost renounced all allegiance to Ohio, although it contains all whom I love and regard as friends."

2. He witnessed the early days of the California gold rush and was a California pioneer

The most famous General Sherman in California today is the giant sequoia which bears the Civil War officer's name—the largest single-stem tree in the world. But William Tecumseh Sherman also found renown in the Golden State during one of the most exciting periods of its history. When the United States declared war on Mexico in 1846, Sherman did not join most of his West Point friends on the front lines; instead, he was sent to Monterey, California, to serve as a quartermaster. After a 198-day voyage in which he sailed around Cape Horn, Sherman landed at Yerba Buena, a city whose name was changed to San Francisco two days after his arrival. In the late 1840s, the California territory was sparsely populated by a diverse mix of sailors, soldiers, Mexicans, ranchers, and American Indians, and the United States Army occupied a string of fortifications to maintain a nominal Federal presence in this far-flung frontier.

In 1848, Sherman accompanied military governor Richard Mason on a tour of the burgeoning gold fields near San Francisco and was on the scene when Mason's report to Congress launched the California gold rush. 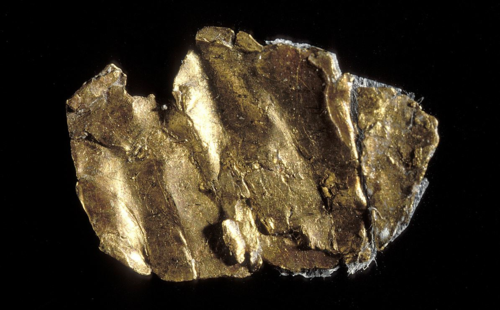 This small piece of yellow metal is believed to be the first piece of gold discovered in 1848 at Sutter's Mill in California, launching the gold rush

He made a modest profit from a store he opened with fellow officers to sell supplies to prospectors at Coloma, but Sherman found greater opportunity in the booming California economy than in the gold fields. He was hired to help survey and engineer the new city of Sacramento, became vice president of California's first railroad, was appointed commander of the state militia, and even worked as a San Francisco banker until the bank went bust in the Panic of 1857.

This gold badge of the Society of California Pioneers was presented to Sherman by the citizens of California in 1869. The Society was a social and historical association with membership open to "pioneers" who came to California before 1849, and few Americans saw as much of early California history as Sherman. 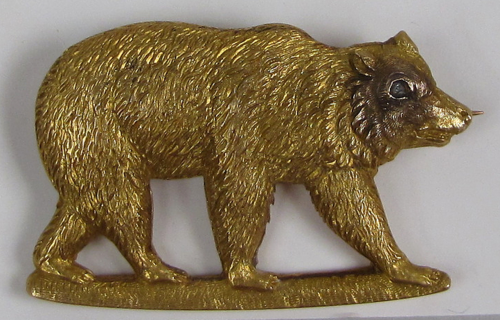 When Ohio Supreme Court Justice Charles Robert Sherman died suddenly in 1829, he left his widow Mary with 11 children and no means of support. A friendly neighbor in the Shermans' hometown of Lancaster, Ohio, prominent attorney Thomas Ewing, offered to take in Mary's nine-year-old son to help ease her burden. After renaming the boy William (according to some accounts, he'd previously been known only as Tecumseh, named for the famous Shawnee leader), Ewing raised Sherman as his beloved foster son.

Ewing was elected to the Senate in 1831, served as Secretary of the Treasury and Secretary of the Interior, became a fixture of Washington, D.C., society, and William Tecumseh Sherman's star rose along with his foster father's. Ewing secured a coveted appointment to West Point for Sherman, and on his return from California, welcomed him at the Blair House, where he lived in 1850 while serving as the first Secretary of the Interior. There, Sherman was reunited with his foster sister, Ellen, who had been his constant correspondent and confidant throughout his military career, and to whom he'd proposed marriage six years prior. 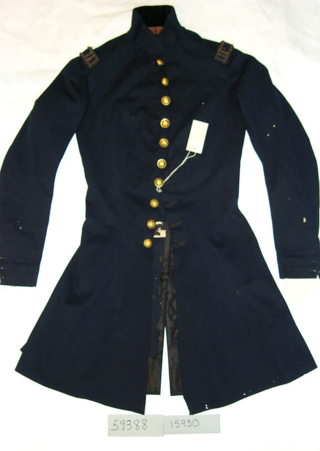 Although it may seem strange to us now, Sherman's biographers have yet to find any contemporary objection to the union of these foster siblings; Ewing wrote Sherman to offer his daughter's hand and hosted the May 1, 1850, wedding at the Blair House, where President Zachary Taylor and his entire cabinet watched Sherman, dressed in this frock coat, and Ellen marry. Despite disagreements about his career and her zealous Catholicism, the two were devoted to each other for the rest of their lives.

Ryan Lintelman is the Civil War 150 Project Assistant in the Armed Forces History Department. He has also blogged about the behind-the-scenes story of the Smithsonian Civil War book. 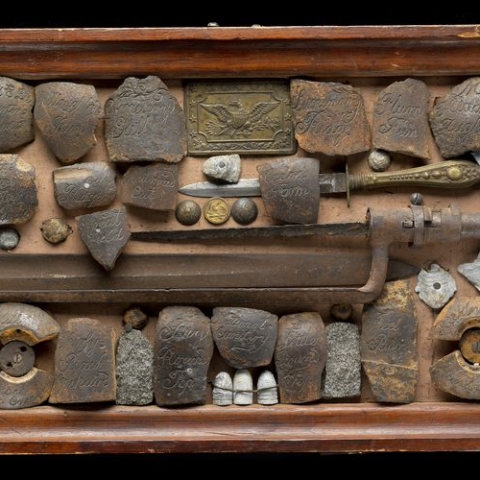 Civil War buffs' 5 must-read posts of 2013
This year marked the 150th anniversary of the Civil War. As 2013 winds to a close, we thought it would be altogether fitting and proper to...