Taking the oath of office is the only constitutionally mandated event of the day, but every president has agreed with George Washington that an inaugural address is an important part of the national celebration and has followed his example.

Presidents look to previous speakers for role models. Bill Clinton read Abraham Lincoln's second, Franklin Roosevelt's first, and John Kennedy's inaugurals; Donald Trump said he looked to the speeches of Kennedy and Ronald Reagan. But the collection of inaugural addresses is more than just a series of individual speeches. Rhetorical scholars Karlyn Kohrs Campbell and Kathleen Hall Jamieson argue that each inaugural address is not simply one stage in the ritual of transition. It is also part of a genre which has aspects understood by both speakers and audiences. Knowing the characteristics of this genre identified by Campbell and Jamieson and exploring some examples can help listeners better understand these speeches in which presidents first demonstrate their worthiness for the job that started when they took the oath.

Unification of the Audience

Inaugurations serve as the transition point between the competition of a campaign and the needs of an administration beginning to govern. For the audience to properly fulfill their role as witnesses to this investiture of power, they must be unified and reconstituted as "we the people." Therefore, according to political scientist Lee Sigelman, these speeches are "literally brimming with verbal tokens of unity." There are references to our founders, our nation, and the future we face. Dwight Eisenhower spoke of the purposes "to which we, as a people, are pledged" (second inaugural) and Benjamin Harrison called his inaugural moment a "mutual covenant" between himself and the people. Thomas Jefferson in his first inaugural may have been the most explicit: "We have called by different names brethren of the same principle. We are all Republicans, we are all Federalists."

New presidents must also establish their qualifications for the office by demonstrating they understand and will preserve the communal values that are key to what Bill Clinton in his first inaugural called "the very idea of America." These traditional values are proclaimed in words like freedom, liberty, democracy, faith, courage, destiny, etc. Speakers honor the "venerated example" of previous presidents (James Monroe, first inaugural) by quoting from their inaugurals and promising to promote policies that build on the principles of the past.

Unlike many other presidential addresses, most notably the State of the Union, the inaugural is not a speech intended to advocate specific legislation. Instead, inaugurals present the more general philosophies that will guide administrations. Particular policies are offered, not for action, but to demonstrate presidents' commitment to the democratic system. James Polk promoted his "plain and frugal" economic plans because a national debt "is incompatible with the ends for which our republican Government was instituted." Herbert Hoover said that the policies he listed would be tested against the "ideals and aspirations of America." Even William Howard Taft, whose inaugural was among the most policy specific, framed his ideas with respect to the "proper" role of the federal government "in what it can and ought to accomplish for its people."

Candidates give speeches that are highly partisan and self-promoting, but audiences have different expectations when the campaign ends and governing begins. Campbell and Jamieson note that new presidents must demonstrate they "can lead the nation within the constitutionally established limits of executive power." In his first inaugural, Franklin Roosevelt acknowledged the constraints on his "leadership of frankness and vigor" and pledged to rely on his "constitutional duty" to work with Congress. Campbell and Jamieson add that these speeches must also enact the "public, symbolic role of president of all the people" by revealing traits such as humility and reliance on a higher power. A typical example is Warren Harding's conclusion: "I accept my part with single-mindedness of purpose and humility of spirit, and implore the favor and guidance of God in His Heaven. With these I am unafraid, and confidently face the future."

Because of the circumstances surrounding them, inaugural addresses carry the stylistic expectations of ceremonial speaking (what Aristotle called epideictic rhetoric). Such speeches strive to reach beyond the immediate situation to evoke timeless themes using memorable phrases. Kennedy's "ask not what your country can do for you—ask what you can do for your country" challenges Americans across the decades. The closing of Lincoln's second inaugural, possibly the most eloquent section in inaugural history, is appropriate to the end of any conflict: "With malice toward none, with charity for all, with firmness in the right as God gives us to see the right, let us strive on to finish the work we are in, to bind up the nation's wounds, to care for him who shall have borne the battle and for his widow and his orphan, to do all which may achieve and cherish a just and lasting peace among ourselves and with all nations." 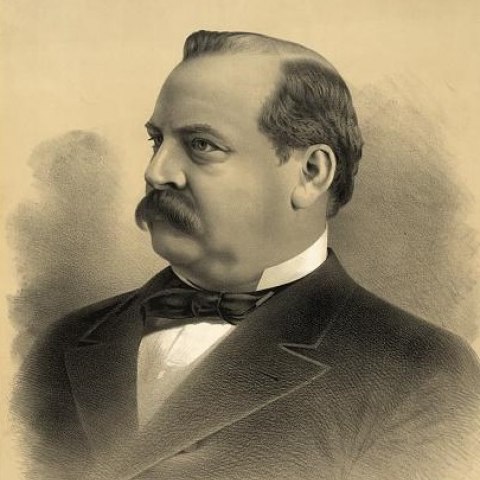