Tabasco and the war against bland military meals

Object Project new media assistant Caitlin Kearney explores the history behind how American soldiers have used Tabasco sauce to spice up their military meals. Opening in July 2015, the Patrick F. Taylor Foundation Object Project will give visitors a closer look at everyday things that have changed our daily lives. It will include a look at the origins of convenient prepackaged food items. 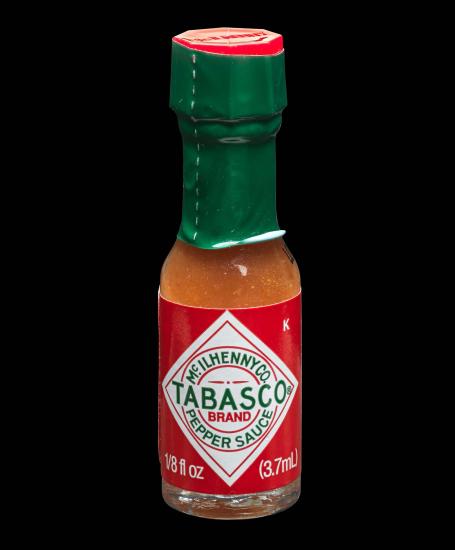 Tabasco: It's the beloved tangy red sauce used to spice up meals all over the world, from humble diner booths to the Queen of England's table. For the past few months, I've been doing research for The Taylor Foundation Object Project, opening in July, an exhibition about things that have transformed daily life. It will encourage visitors to take a closer look at some objects we use all the time but might take for granted, like prepackaged foods. 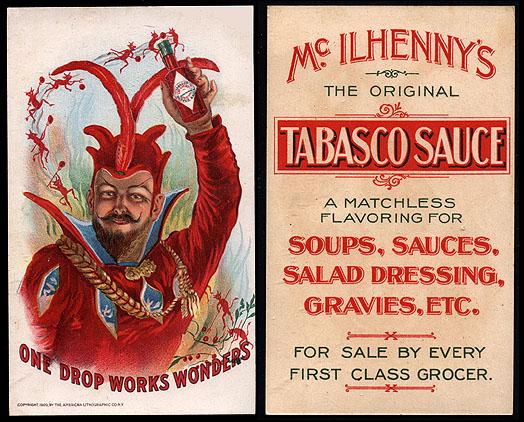 Tabasco struck me as an important addition to the American diet, especially as it grew to become a part of everyday consumption. The hot sauce especially caught on in the 1950s as the company expanded its advertising efforts and as Americans' palates became more adventurous (learn more about changing tastes in our FOOD: Transforming the American Table, 1950-2000, exhibition!). 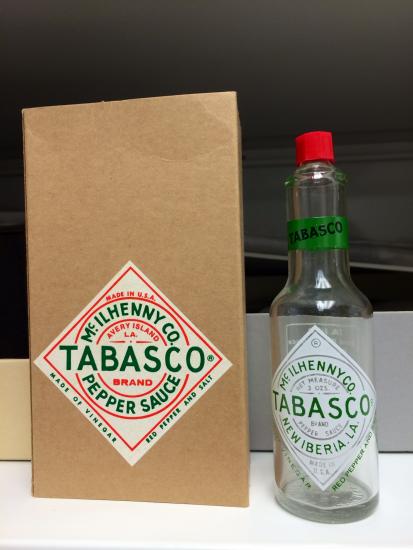 In addition to its popularity among civilians, Tabasco also has an intriguing military history, particularly in connection with the Vietnam War. This year, April 30 marks the 40th anniversary of the end of the Vietnam War, so I decided to take a closer look at one small aspect of American soldiers' daily lives during that time: Tabasco's connections to our troops and what they ate while they were away from home.

The famous hot sauce was actually born out of a major American conflict, the Civil War. The McIlhenny family, which still runs the McIlhenny Company that produces Tabasco, fled their plantation on Avery Island, Louisiana, when the Union Army came to town. Upon returning after the war, the McIlhennys found that their garden of Capsicum peppers survived. Combining these peppers with salt from the island's mines, the McIlhennys began selling their legendary hot sauce in 1868. 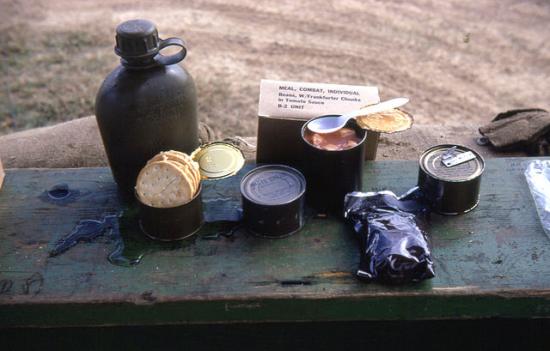 During World War I, the military made an effort to deliver hot meals to troops in the field. "Trench rations," as they were called, consisted of canned meats like corned beef and sardines. These meals grew repetitive and were cumbersome to transport—the heavy cans were intended to feed 25 men. The subsequent C-ration was an attempt to deliver more nutritionally balanced meals, and they became the soldiers' bread and butter for several years to come. A future Tabasco CEO, Walter McIlhenny, served in the Marines during World War II and found that he and his compatriots also quickly grew tired of their bland C-ration meals. 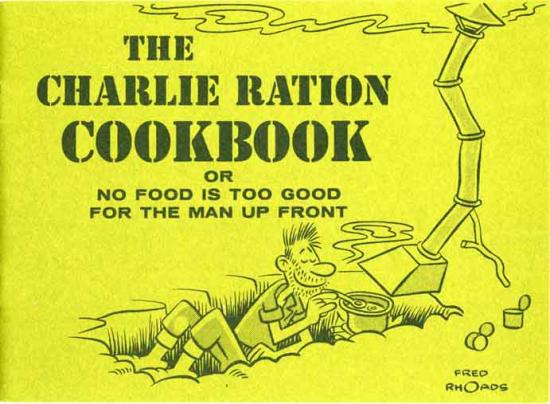 By the Vietnam War, Walter was leading Tabasco and saw a prime opportunity: a chance to give soldiers a taste of home and advertise Tabasco at the same time. In 1966, Tabasco published the Charlie Ration Cookbook or No Food Is Too Good for the Man Up Front. The pocket-sized cookbook was wrapped around a two-ounce bottle of Tabasco and placed in a waterproof tube for shipping to soldiers in Vietnam. Newspaper ads suggested "Send YOUR man overseas some new food ideas and a few laughs, too," all for just $1.

The Charlie Ration Cookbook certainly delivered laughs, as promised. Recipe names included "Cease Fire Casserole" and "Fox Hole Dinner for Two." The cookbook's introduction brings to mind a comical image of soldiers donning aprons over their fatigues, ready to prepare a sophisticated entrée: "G.I. Joe has gone gourmet. These recipes were created for the fighting man in the field. Bon appétit." 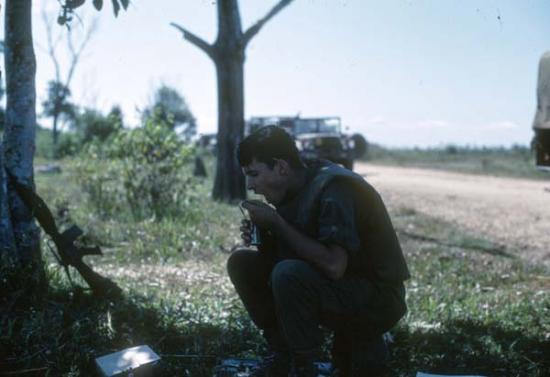 The Charlie Ration Cookbook aimed to provide recipes involving items commonly available in C-rations, combined with Tabasco and some foods that might be found locally in Vietnam. However, some of the ingredients seemed a bit far-fetched. A recipe for "Fish with Front Line Stuffing" first instructs the military chef to "Catch a fish." Vietnam returnees interviewed in a 1967 newspaper article noted that one of the complications with the cookbook was that they avoided native foods for fear of diseases, commonly nicknamed "Ho Chi Minh's Revenge." Chris Woelk, who served in Vietnam from 1968 to 1969, distinctly remembers the trials of cooking at war: "The cookbook often called for ingredients we did not have, but the bottle of Tabasco sauce was always ready to aid any crappy 1968 C-ration dish."

The Meal, Combat, Individual (MCI) replaced the C-ration in 1958 but remained nearly identical to its predecessor, and troops continued to use the popular C-ration, or "Charlie rats," moniker. Meals, Ready to Eat (MREs) replaced MCIs in 1981, with lightweight packaging instead of cans. Troops grew so fond of Tabasco sauce that it was officially included in MREs, starting with the Gulf War in 1990. Most recently, in 2012, the military switched over from 1/8-ounce glass bottles of Tabasco to ketchup-sized packets in MREs, for the sake of minimizing weight and cost. Despite the new shape, Tabasco's recipe remains unchanged and a favorite among soldiers for spicing up their military meals while they're away from home.

Caitlin Kearney is a new media assistant for The Taylor Foundation Object Project. She is a student in the Museum Studies program at The George Washington University. Previously, she has blogged about 1903 deodorant and Halloween candy.