While the iconic egg-shaped Beautyblender sponge is wildly popular and used by makeup professionals and everyday people from all backgrounds all over the world, few people know the story behind the company and how it got its start. The history and development of Beautyblender, as well as the life story of its founder, Rea Ann Silva, highlights both the long history of women’s contributions to the cosmetics industry, as well as the struggles women of color endured to make their mark in the world of beauty.

Born in 1961, Rea Ann Silva grew up in Los Angeles in a working-class Latino family. Silva’s father worked as an auto mechanic at a Ford factory and her mother worked as a waitress. Four-year college was not part of her parents’ experience and Silva, like many first-generation college students, did not grow up prepared for it. Yet her parents’ intense desire for Silva to make something of herself propelled them to find a post-secondary option for Silva. Aware of Silva’s interest in art and of her creative ability, her mother enrolled her at the Fashion Institute of Design and Merchandising (FIDM) in Los Angeles.

While attending FIDM in the 1980s, Silva deepened her interest in drawing and sketching while learning the principles of art and fashion illustration. Under the mentorship of Professor Nancy Riegelman, Silva also learned about color and texture—ideas she eventually applied to her professional canvas of choice: the face.

Silva’s entry into the beauty industry was not through makeup. Unexpectedly, it was through perfume. While at FIDM, Silva needed to work to supplement her living expenses in West Hollywood. She got a job selling perfume at a local department store.

Pretty soon, Silva became friends with the young women who worked at the cosmetics counter near her perfume station. Eventually, Silva switched to the cosmetics counter, which opened a new direction for her life. After learning the principles of makeup application, Silva parlayed those skills into another job opportunity—doing makeup on the numerous TV and film sets of Los Angeles. Taking a risk and starting from the very bottom, Silva worked hard, building her portfolio and her reputation in the professional beauty industry.

It is impossible to understand Silva’s determination to make it without understanding why she worked so hard. A strong work ethic from her parents was part of the reason, but personal considerations influenced Silva as she struggled to build her professional reputation. She was a single mother, therefore her success had real consequences for her small family. Like many women, she faced the true balancing act of managing her family and her career.

As a Latina in the predominantly white beauty industry, Silva experienced discrimination because of her ethnic background, including directors who refused to work with her. In part because of this exclusion, but also because of her long interest in color, Silva became well known for her work with entertainers of color, eventually working with people such as Macy Gray, Brandy, Kerry Washington, Sean Combs, Vivica Fox, and Regina King. Silva’s success and popularity as a professional makeup artist meant her reputation preceded her. By 2000 her television and film credits included Friday, Set It Off, Arsenio, The Keenen Ivory Wayans Show, and Moesha.

Silva’s work as a makeup artist on Girlfriends, a show that debuted in 2000 on the United Paramount Network (UPN), unexpectedly thrust her into the beauty products industry as an innovator and entrepreneur. Girlfriends, created by Mara Brock Akil, broke ground as an ensemble sitcom focusing on the lives of four Black women; it was also one of the first to film in high definition (HD). Filming in HD magnified any flaws or blemishes on performers’ skin or makeup, pushing Silva and other makeup artists to adjust and try new techniques.

Silva mastered airbrushing makeup application, but soon discovered that, after hours of shooting, actors ended up with a ton of makeup on their faces. And using the machine meant taking actors off set, which slowed production. Silva needed an efficient and precise way to apply makeup. She did this with sponges, but sometimes their shape meant they were imprecise or could not cover hard-to-get-to areas.

Silva retooled existing sponges, experimenting with various shapes and sizes to fit her needs. Eventually she settled on the shape of an egg—it had no edges, and the pointed tip allowed the sponge to get into the hard-to-reach crevices of the face. Additionally, as a member of the makeup professionals’ union, Silva attended a professional development class where she learned a new but simple sponge technique—wetting the sponge to apply and manipulate products. The combination of sponge shape and technique revolutionized Silva’s makeup practice. As a makeup department head, Silva shared her homemade creations with her staff, but she soon noticed that her stash continually disappeared. Actors were stealing her sponges because they noticed how well they worked.

Silva realized she could turn her creation into a business opportunity, prompting her to sell the sponge through her new company, Beautyblender. Working double and triple shifts on TV and film sets provided Silva with the money to finance her company. Her reputation as a professional makeup artist meant that she had connections in many aspects of the business and she used those to further develop, manufacture, and distribute her sponge.

Several qualities made Beautyblender popular. First, it was created to be reusable. While makeup brushes could be washed and reused, typically sponges were used a few times and discarded or not used at all. Second, the sponge was a tool that could be used with any brand of makeup. Finally, while the sponge started out as a tool used by professional makeup artists, the advent of the internet, YouTube, and social media influencers opened the door for everyday people to experiment with their makeup.

The popularity of Beautyblender’s sponge meant that the company quickly outgrew its base of operations in Silva’s home. In 2008, Silva relocated from California to Pennsylvania's Lehigh Valley and opened a manufacturing facility. At this facility, the sponges are hand cut and shaped by individual workers, making each sponge unique. The success of the sponge provided Silva with enough capital to research and develop a line of foundation, bringing her full circle and back to her time as a student at FIDM where she developed her interest in color.

From her humble beginnings to her position of CEO, Silva celebrates her heritage, while acknowledging her own work ethic, noting: “I always try to do the most and not the least….Being Latina, we are a very colorful people. We are not afraid of color. We embrace color. And we celebrate color.”

Crystal M. Moten is curator of African American history in the Division of Work and History. A south side of Chicago native, she has taught at small liberal arts colleges on the east coast and in the upper Midwest. Her research interests include the intersectional connections between African American labor, business, and civil rights history with emphasis on post-World War II Black freedom movements in the urban Midwest. 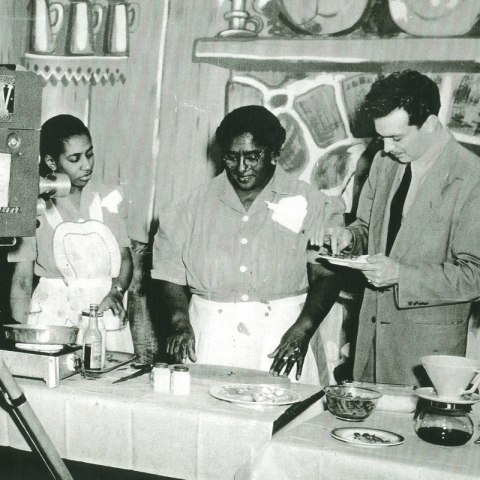 Chef Lena Richard: Culinary Icon and Activist
Lena Richard was an African American chef who built a culinary empire in New Orleans during the Jim Crow era. She reshaped public... 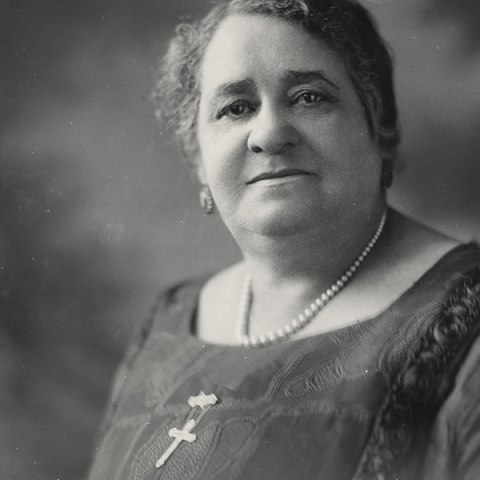