The United States produced very little laboratory glassware in the 19th century. Most chemical glassware was imported, largely from Germany and Bohemia (today's Czech Republic.) Europe's role at the center of scientific research made it a natural place for producing laboratory glass.

In the 1880s a team of German scientists and instrument makers developed an improved recipe for laboratory glass. Known as borosilicate glass and branded "Jena glass," the new material could withstand high temperatures and harsh chemicals more effectively than any other glass previously known.

By the mid-1890s scientists recognized Jena glass as the best for the laboratory. Although some American companies introduced their own borosilicate glasses as early as 1902, none could compete with the German domination of the market. 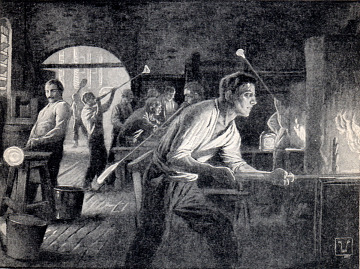 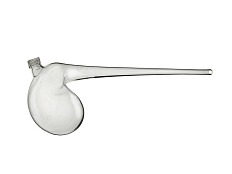 Before the introduction of borosilicates, the Bohemian glassware of Josef Kavalier of Sázava was considered to be among the highest quality for the laboratory. Despite its hardness and resistance to chemical attack, Kavalier glassware still had to be blown very thin to prevent shattering from thermal shock. 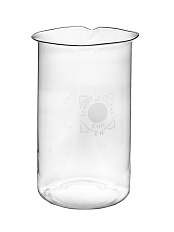 In the early 1880s Carl Zeiss, Otto Schott, and Ernst Abbe began experiments in Jena, Germany, to improve glass for lenses in telescopes and microscopes. Eventually their research led to the discovery of borosilicate glass. 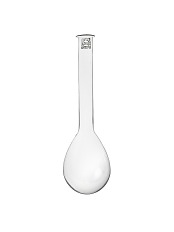 In the late 19th century Danish chemist Johan Gustav Kjeldahl developed the flask that would bear his name. The long neck and round bottom helped prevent splash back from boiling material, a problem he encountered while conducting chemical analysis to determine the protein content of different grains used for brewing beer. 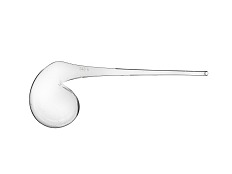 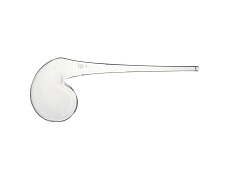 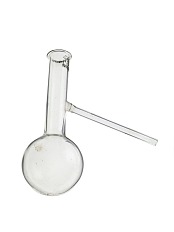 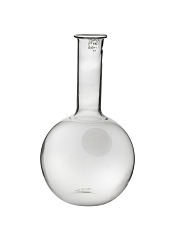 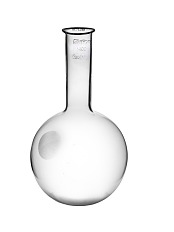 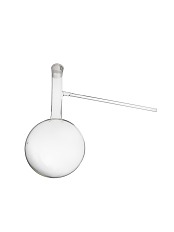 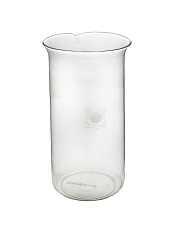 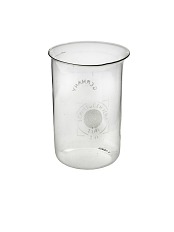 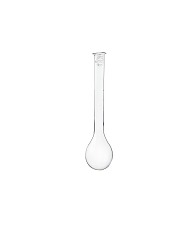 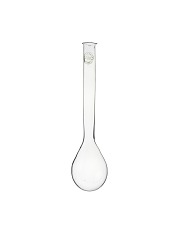 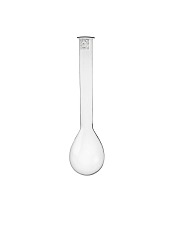