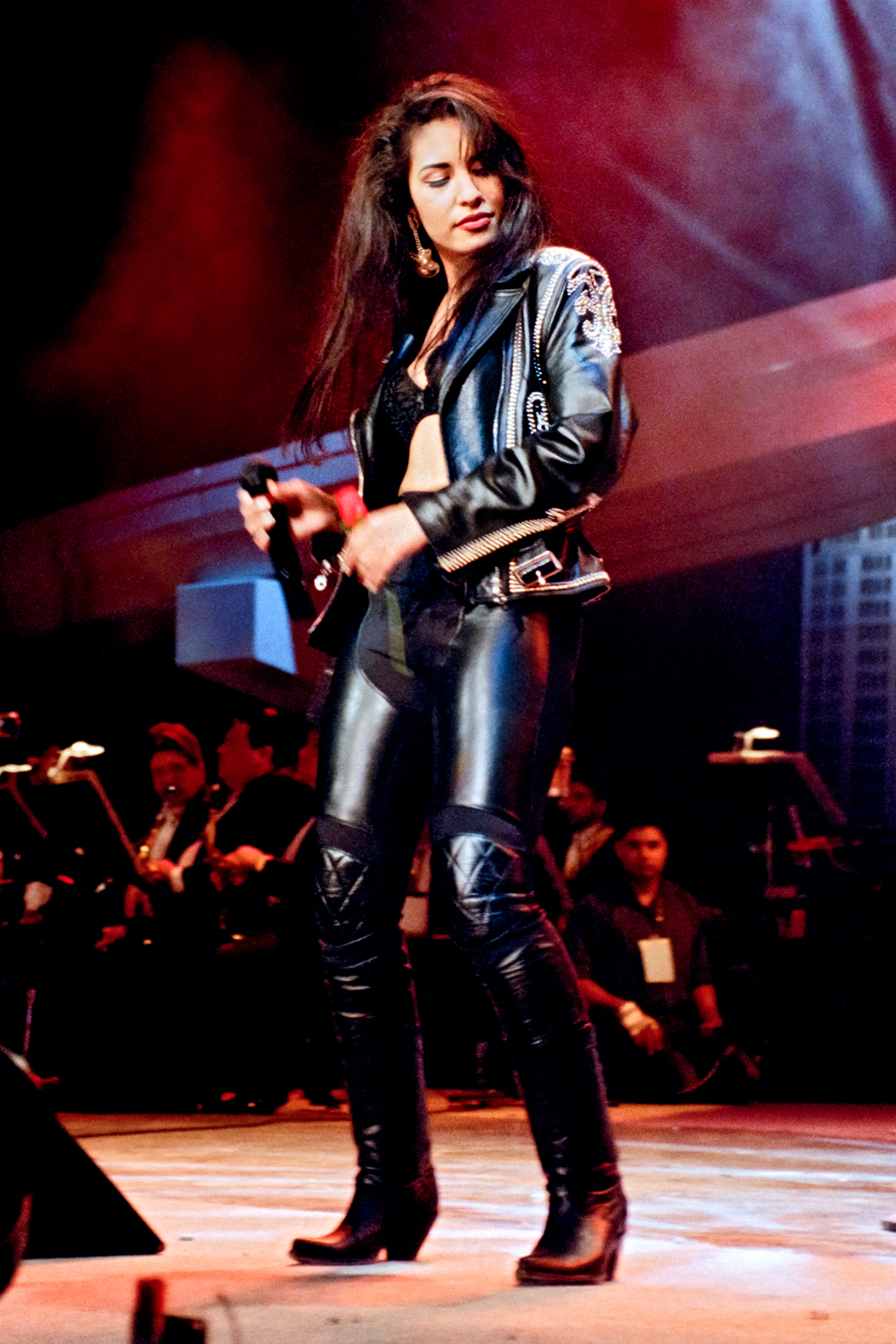 The Smithsonian’s National Museum of American History has acquired 18 images of the iconic Tejana singer Selena Quintanilla-Perez (1971–1995) to add to its collection of photographs taken by San Antonio, Texas-based photographer Al Rendon. It will also release an educational video April 16 highlighting objects about, and images of, Selena in the Smithsonian’s collections to share her story on what would have been her 50th birthday. One of Selena’s performance costumes was gifted to the museum by her family in 1998.

These recently collected photographs depict Selena in concert, interacting with fans and professional headshots. A purchased acquisition, the images are part of the museum’s Photographic History Collection and join images of Selena taken by Rendon and donated in 2015 as part of the museum’s collecting initiative around Hispanic advertising history. In addition, the museum is publishing several digital resources to help audiences learn about Selena’s legacy, including the final installment in the Smithsonian’s “Latinas Talk Latinas” video series, produced in collaboration with the Smithsonian Latino Center. The video was filmed in spring 2021 in her home state of Texas and in Washington, D.C. An educational Learning Lab featuring Selena in the Smithsonian collections will accompany the video, and the museum will publish blog posts and social media content.

Selena was an American singer-songwriter who became known as the “Queen of Tejano Music,” a popular form of music originating in Texas that takes influences from polka, rock, conjunto and mariachi. She rose to fame in the late 1980s among Mexican Americans and Mexicans, and her popularity quickly grew across U.S. and international Latino markets. She went on to sign with a major record label and served as a regional spokesperson for Coca-Cola from 1989 until her death. Selena played for crowds of 80,000 and won a Grammy for the best Mexican American album in 1994. At the time of her death, Selena was recording her first album in English, her native language, and had opened several fashion boutiques. She was killed March 31, 1995, by the president of her fan club, who also managed her clothing stores.

“Selena’s music continues to animate family BBQs and celebrations such as quinceañeras, as her music and story continue to inspire, resonate and connect across generations and communities,” said Verónica A. Méndez, curator at the museum. “Almost 30 years after her tragic death, she remains one of the most influential Latina artists of both the 20th and 21st centuries, with a growing fan base introduced to Selena by the 1997 namesake movie starring Jennifer Lopez, one of the best-selling cosmetics celebrity collaborations in 2016 and the recent 2020 Netflix series.”

The museum’s “American Enterprise” exhibition displays Selena’s black leather jacket and black satin bustier that she wore between 1990 and 1995 for performances in the U.S. and Mexico to illustrate the story of Hispanic Advertising. It is the same outfit in which she is depicted at the Selena Memorial statue in Corpus Christi, Texas, and in several of the newly acquired photographs. The exhibition also features transparencies of Selena from a Coca-Cola photo session taken by Rendon, some of which were never published, and an image from the 1994 Coca-Cola ad developed by Sosa, Bromley, Aguilar & Associates. In addition, images of Selena are featured in the museum’s new “Girlhood (It’s Complicated)” exhibition.

A rare video of an interview with Selena on the program “Tejano USA” was discovered as part of a separate donation to the museum’s Spanish-language television project by Univision, the parent company of San Antonio’s KWEX-TV, Channel 41. The interview, with footage of Selena from 1994, has been viewed almost 4 million times and can be found here: https://www.youtube.com/watch?v=cVN5akAeL08.

Selena’s costume is part of the museum’s entertainment collections in the division of Cultural and Community Life. Other Mexican American artists whose costumes are in that collection include Lydia Mendoza (1916–2007) of Texas, who was known as the “La Alondra de la Frontera” or “The Lark of the Border,” and “San Antonio’s First Lady of Song” Rosita Fernández (1918­–2006), who was best known for her corridos or ballads.

Through incomparable collections, rigorous research, and dynamic public outreach, the National Museum of American History seeks to empower people to create a more just and compassionate future by examining, preserving and sharing the complexity of our past. The museum, located on Constitution Avenue N.W., between 12th and 14th streets, is currently closed due to COVID-19 safety precautions. For more information visit https://americanhistory.si.edu.