SO WHAT BY MILES DAVIS SEXTET

Miles Davis was the coolest of the cool. So cool he invented a style of jazz called cool! He wore sunglasses indoors and sometimes ignored the audience by playing with his back turned. It was hard to impress Miles Davis but listen to his band try to prove their coolness. Can you figure out what instruments play the "So What" part? What makes Miles Davis's trumpet sound cool? Learn more about Miles Davis by listening to the Eddie Jefferson version of So What.

SO WHAT BY EDDIE JEFFERSON 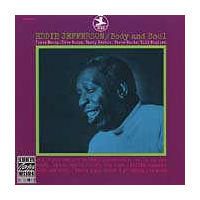 Eddie Jefferson was an amazing jazz singer. He invented vocalese, which just meant putting words to an improvised solo an instrumentalist had already recorded. Eddie Jefferson learned the Miles Davis solo on So What and figured out words to tell a story about Miles Davis and John Coltrane (the saxophone player on So What). Now go back and listen to MIles Davis play So What and imagine you are in the audience watching his group play So What. How would you feel if Miles left the stage when his solo was over before the song ended? Is that cool? Or not?

SO WHAT BY MARCUS AND MILLER 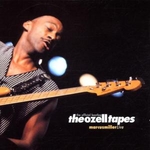 Here is a new version of So What by electric bass player Marcus Miller. Compare it with the Miles Davis version and see how many things you hear that are similar and how many you hear that are different. Do you think it still sounds like cool jazz? If not, what type of music would you call this version?

Trumpet player Dizzy Gillespie hung out with musicians from Cuba and fell in love with the musical style called Afro-Cuban jazz. Today we think of Salsa music when we hear exciting music with brass instruments and all sorts of Latin percussion. This is where that music comes from. Dizzy Gillespie figured out how to combine Afro-Cuban music with bebop jazz. Listen for the conga drums in Gillespie's great Afro-Cuban jazz composition called Manteca.

Dizzy Gillespie was a famous trumpet player who along with Charlie Parker and others invented a new style of jazz called bebop. The word "bebop" might have come from scat singers using the word "be-bop" in their solos, or it might have come from the fast solos that Dizzy and Charlie played that often ended in phrases that sounded like the word "be-bop." Listen to Dizzy and Charlie play improvised solos and see if you can hear their instruments sounding like the word "be-bop" as they finish phrases. See if you can join in on the words "salt peanuts." 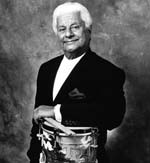 Jazz musicians like music that grooves and is fun to improvise to. Sometimes they like to play jazz with a Latin groove. This music is called Afro-Cuban jazz and great musicians from Cuba helped to bring new sounds to jazz in the 1940s. Tito Puente was one of the most popular of these musicians. His music is exciting and for dancing. What makes this song sound exciting? 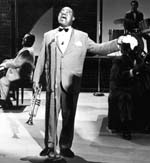 Louis Armstrong and other jazz musicians were very upset by the way some whites were treating African Americans. In the 1950s, when this song was recorded, it was brave of blacks to sing about racism. Because he was so loved by people all over the world, Armstrong was able to sing this song and encourage people to think about the message of this song and whether it was fair to judge people by the color of their skin. Listen to his soulful trumpet solo. Musicians try to communicate their feelings through their instruments and solos.

MOANIN' BY LAMBERT HENDRICKS AND ROSS

Ella Fitzgerald was one of the greatest jazz singers of all time. Instrumentalists loved to play with her because she not only could really swing but she could also scat sing as good as any horn player. Listen to her improvise the first solo and then you will hear six trumpet players each play short solos. The first trumpet player is Clark Terry, and he is followed by Shorty Baker, Willie Cook, Cat Anderson, Dizzy Gillespie, and Ray Nance. Can hear the trumpet players change? Count 1,2,3,4 four times and if you listen really close you will hear them change. Ella comes back in and scats some more. She loved to imitate horns. What instrument do you think she might have been aiming for sounding like? 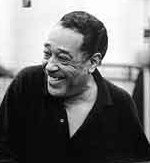 Most jazz is in 4/4 time, which just means 4 steady beats that repeat. Jazz musicians improvised in different meters, most of the time in 4 but sometimes in other meters. A waltz is in 3⁄4, which means 3 steady beats repeating. Duke Ellington usually played his famous theme song in 4 but sometimes for fun would play it as a waltz and then change it back to 4. Listen to him start out in 3 and then switch to 4. Can you tell where that happens? 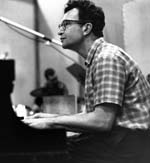 A cool jazz group, the Dave Brubeck Quartet had a big hit with the recording, Take Five. This was in 5. Can you hear 1,2,3,4,5? It helps to listen for the bass; it plays on counts 1 and 4. Listen for it and then see if you can count all five beats. The cool-sounding saxophone is played by Paul Desmond, who also composed Take Five. 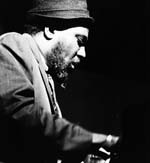 Thelonious Monk was an American original. He played music that sometimes sounded strange. Some people thought he played a lot of wrong notes, but he liked those weird-sounding notes. He liked to wear crazy hats, too. Sometimes he might show up in a hat that no one would ever be caught dead wearing. Sometimes when musicians in his band were playing great solos he would get so happy that he'd get up and start dancing. As you listen to his song Misterioso, think about how Monk makes his song sound mysterious.

THERE YA GO BY BOBBY MCFERRIN 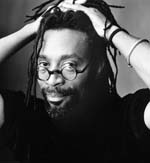 How does he do that? Bobby McFerrin can imitate instruments better than anyone and does it in a way that sounds like he is a whole band by himself! In this recording, there are no instruments playing or other singers helping him out. How do you think he gets those sounds and what instruments is he trying to sound like? Listen and see if you can hear him thumping himself on the chest to sound like drums. Can you figure out how to make up a song and sound like you are singing with a group of instruments? 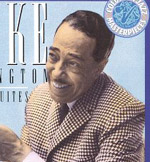 You might recognize this song from the famous Christmas ballet called The Nutcracker. Duke Ellington loved to play around with taking music someone else wrote and changing it; people who do that are called arrangers. Tchaikovsky, a Russian composer who had never heard jazz, composed The Nutcracker. He wrote the Waltz of the Flowers to be danced in 3 but Ellington thought it would be fun to change it around and make it in 4. It was no longer a waltz and so he named it Dance of the Floreadores. Your teacher might have a recording of the Tchaikovsky's Waltz of the Flowers and it might be fun to compare this Ellington arrangement to it. What things do you hear that sound the same and what things are different? 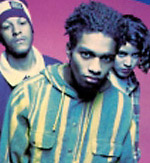