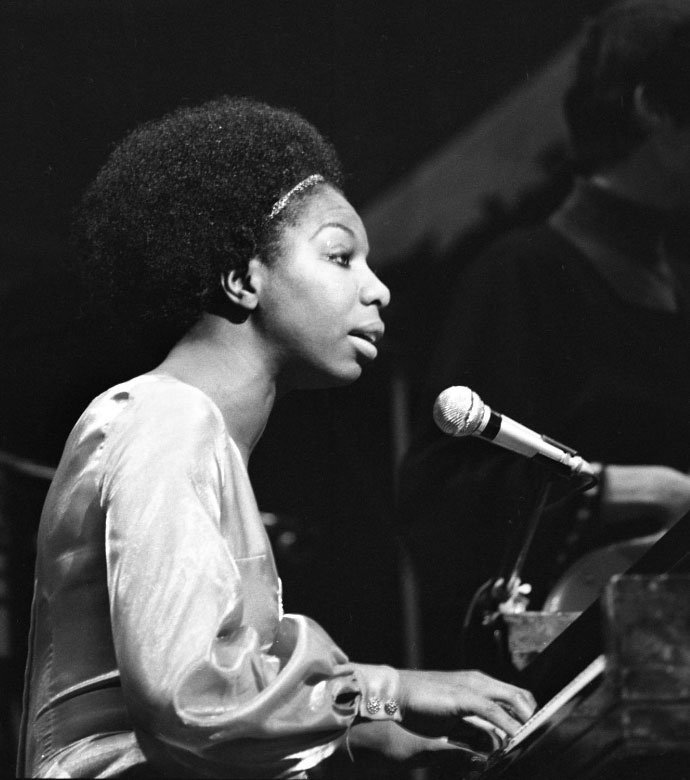 Featured on this year’s official 2021 poster is pianist, singer, songwriter, storyteller and civil rights activist Nina Simone. Born February 21, 1933, in Tryon, North Carolina, Simone became enamored with music at the early age of three when she learned to play the piano by ear. She went on to study classical repertoire and aspired to continue her education as a concert pianist at the Curtis Institute of Music in Philadelphia, but that future did not come to pass. An audition in 1954 at the Midtown Bar & Grill in Atlantic City, New Jersey, was noted by historians as a defining moment in her career that introduced her talents as a pianist and singer to an unsuspecting and enthusiastic audience. Some of her many recordings include her debut album, Little Girl Blue, on Bethlehem Records; the 1962 live recording Nina at the Village Gate; and 1964’s Nina Simone in Concert, which famously addressed racial inequality. Simone received the Grammy Hall of Fame Award in 2000 and was inducted posthumously into the Rock and Roll Hall of Fame in 2018. Her 1964 performance of “Mississippi Goddam” was selected as culturally and historically significant by the Library of Congress in 2018 and included for preservation on the National Recording Registry. To learn more about Nina Simone, visit ninasimone.com.

The artist for the 2021 JAM poster is Naa Anyele Sowah-De Jesus, a sophomore visual arts student at the Duke Ellington School of the Arts, Washington, D.C.

Who is Toshiko Akiyoshi? 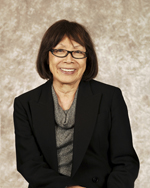 Born in Manchuria, Akiyoshi first moved to Japan with her parents at the end of World War II, and then to the United States in 1956 to study at Berklee School of Music in Boston, Massachusetts. Following a series of performances in top New York venues, in 1973, she and her husband, saxophonist/flutist Lew Tabackin, formed the Toshiko Akiyoshi Jazz Orchestra. Known for her uniquely textural big band compositions and Japanese influence, Akiyoshi has received fourteen Grammy Award nominations, was the first woman to win Best Arranger and Composer awards in Down Beat magazine's annual Readers' Poll, and received the title of NEA Jazz Master in 2007.

To listen to the words of Toshiko Akiyoshi, visit her Smithsonian Jazz Oral History Interview.

Support for jazz programming is made possible by