Opened in 1881, the United States National Museum offered display space in a cross-shaped design of four main exhibit halls with balconies. When a new museum for natural history collections opened across the Mall in 1910, the former National Museum building was designated “Arts & Industries.” 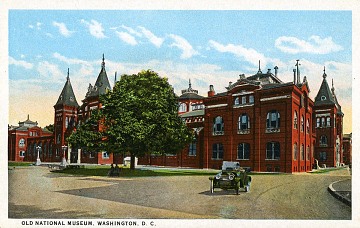 Souvenir postcard of the “Old National Museum” (later known as the Arts & Industries building), about 1919 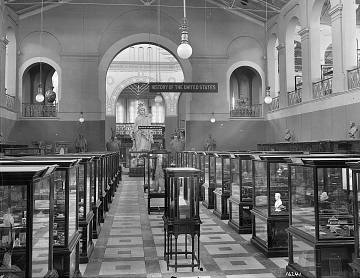 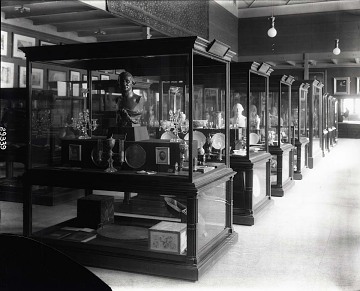 George Washington’s personal and household relics from Mount Vernon, displayed in the North Hall of the Arts & Industries building, about 1925

In 1941 a stylishly designed exhibit offered visitors a visual “index” of the Smithsonian’s collecting units. This portion of the exhibit highlighted Military, Civil, and Naval history. The Civil case featured a copy of the Washington bust by Jean-Antoine Houdon and the portable lap desk on which Jefferson wrote the Declaration of Independence. 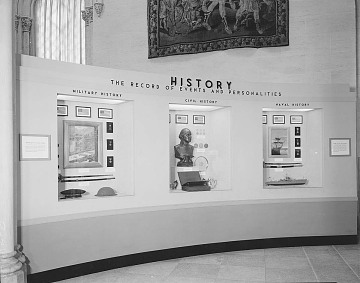