John Varden enjoyed the earliest and longest museum career in Washington, D.C. An enthusiastic collector of historical relics, Varden installed a public gallery in his own house, calling it the Washington Museum from 1836. In 1841 he sold his collection to the National Institute for the Promotion of Science and joined its staff as “keeper” of historic relics, which were displayed in the National Gallery of the US Patent Office. For a time Varden enjoyed simultaneous positions with both organizations.

Varden was a curator with the temperament of a showman. After selling his museum collection to the National Institute, he continued his relationships with his previous museum donors, acquired new collections, and created special displays. He then worked for the Smithsonian from 1858 until his death in 1865. 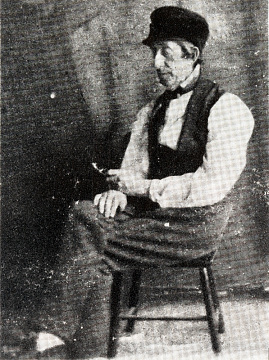 The National Institute for the Promotion of Science acquired James Smithson’s personal effects, displaying them in the National Gallery of the Patent Office beginning in 1842. There, John Varden, the collection’s keeper, apparently helped himself to a supply of Smithson’s calling cards. Varden gave this one to Caleb Bentley, a Quaker silversmith, shopkeeper, and postmaster of Brookeville, Maryland—and a contributor to Varden’s Washington Museum. Varden’s gift to Bentley went unrecorded until 1892, when the card came back to the Smithsonian with an inscription that noted its diversion. 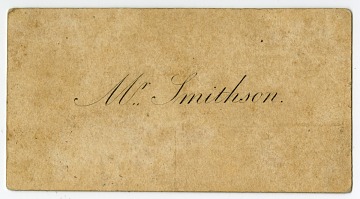 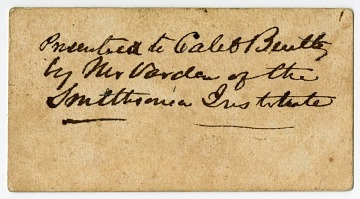 Hair of the Presidents of the United States with other Persons of Distinction
John Varden began to collect these locks of hair in 1850. At the time, he was working as keeper of collections for the National Institute for the Promotion of Science at the US Patent Office, but he considered the hair collection to be his personal property.

Varden presented his first hair display at the Patent Office in 1853, assembled from donations that he personally solicited, purchased, or may have repurposed from existing collections. The presidential locks are now missing from the 1853 collection; Varden moved them to a separate display in 1855. The remaining “Persons of Distinction” include Samuel F. B. Morse, sculptor Clark Mills, Generals Winfield Scott and Sam Houston, Senators Henry Clay and Jefferson Davis, and other luminaries. Varden’s inscription makes a public appeal: “Those having hair of Distinguished Persons, will confere [sic] a Favor by adding to this Collection.”

The 1855 display features the hair of presidents from George Washington to Franklin Pierce. 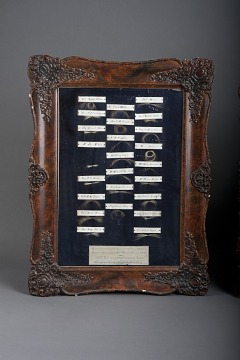 Hair of the Presidents of the United States with other Persons of Distinction
Washington, D.C., 1853 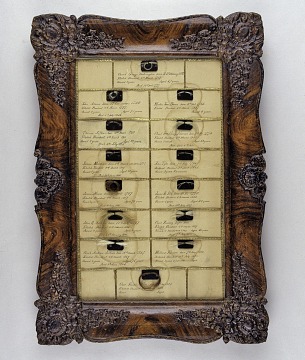 President George Washington’s state coach featured four side panels representing the seasons. This panel, encased in an oak frame, depicts “Spring.” Washington used the coach to travel between the capital and Mount Vernon and on two presidential tours, to the northern and southern states, in 1789 and 1791. Mrs. Mary Dunlap of Georgetown presented the panel to John Varden at the National Institute for the Promotion of Science. The Smithsonian accessioned the panel, along with the rest of the Patent Office’s historical relic collections, in 1883. 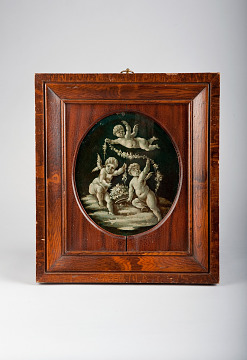