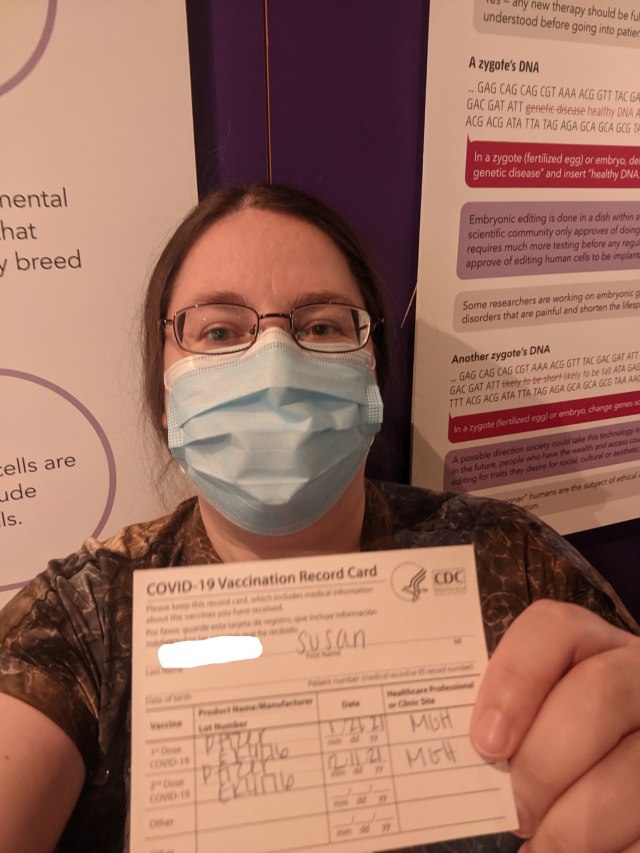 We first heard about Covid around Dec. 2019. Probably around Jan or Feb in 2020, I started realizing it was going to hit us. The reason was finding out that asymptomatic people could be contagious for up to 2 weeks. I knew that it would not be possible to trace effectively.

My last memory before shutdown was the first week of March 2020. A friend went with me to walk in a local park. It was a warm day and we were coming out of winter. We had such a nice time. I had heard about some people being diagnosed in the U.S., but was hopeful that we would be able to avoid the worst of it, like we had done before with other pandemics. It was obviously not the case. It had started to hit In Washington State first, but we were probably about second to start to grow rapidly.

I work at Massachusetts General Hospital as an RN in the operating room. As the staff all were hearing about the numbers rising in the news, we started getting cases in. We were afraid because we did not yet fully know how it spread yet. We did know, however, that it was killing nurses, doctors, and other hospital staff around the world. Also, other countries wore head to toe coverings that still didn't keep them safe. We did not have that. As we heard that a Covid spike was going to be coming soon in April, the hospital was preparing. The whole place had this tension for weeks leading up to it, like we were all waiting for a whole lot of bad to head our way. It weighed heavy on everyday leading up to the spike, and everyone was on edge.

Administration started moving around ICU's and floors to accommodate all of the patients that were going to be coming. The OR cancelled all the cases that it could. The highway was next to empty coming in and out everyday. It looked like the start of a zombie apocalypse. PACU nurses that had any ICU experience in the last five years were shifted to our ICU's. Staff from the OR started being shifted to help other areas as well. Our aides, anesthesia providers, surgical technologists, and nurses were sent to where they were needed most. Everyone's skills had to be expanded rapidly. It was such a nerve wracking time, and we all had to adjust. Many healthcare providers wrote out wills or where important papers were for family. I am 38, but I did it too. My mother is a nurse as well, so we were able to discuss our just in case plans. Some family wanted us to quit to protect ourselves, but people needed us.

Covid has been absolutely awful. Politics for in the way of science. Conspiracies abounded. Such pain and sadness in our country.

Submitted on:
March 15, 2021
This story is part of a Healthcare Workers collection.