A Simple Walk on the Eve of the Pandemic 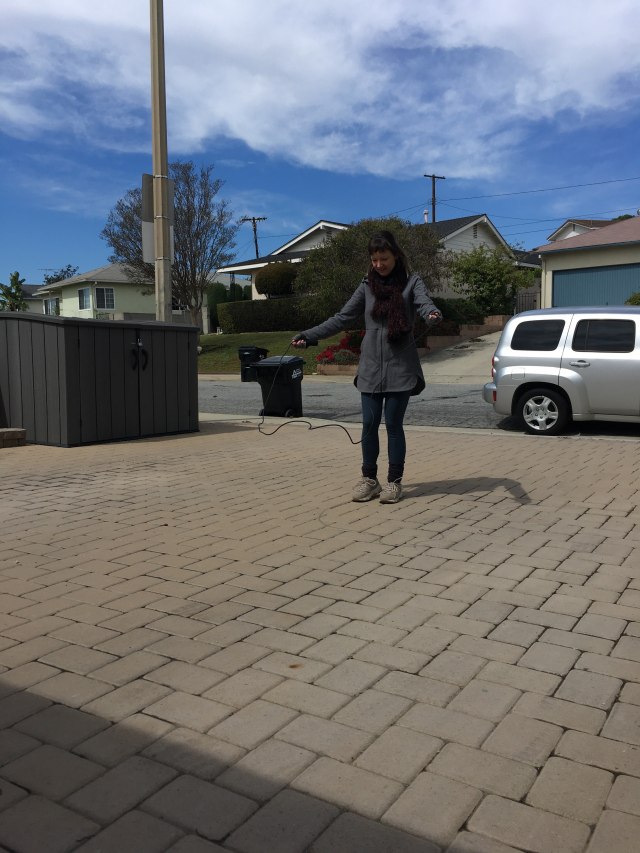 I went for a simple walk. It was the middle of March, 2020. A man on a motorized wheelchair was scooting along, a few houses down the street. I wondered if he had anyone checking on him. Then I realized that he might be part of the vulnerable population. Was he? Maybe? Could I, with my runny nose and persistent cough, potentially be an airborne threat to him? Could I have the virus? How would I know? I wondered if I should wait until he rolled past. I froze in place on my porch. He went the other way. I decided to start my walk. I passed my almost-neighbors’ house. They are older. I had been worried about them. The wife was in the garage and it was open. I was  elieved to see that they were stocked up with supplies. I looked away quickly. I didn’t want her to think I was staring. I did a tiny wave. She did a tiny head bow. I felt a little better since it looked like they were prepared. For what, who knows? But at least they’re prepared. I kept walking and I saw the signs posted on front doors: “Please, just leave deliveries on the side.” I saw a family unloading large packs of water from a silver crossover SUV. They saw me notice them. They looked nervous. I wanted to say “Hey! Don’t worry! No judgement here, I have NO idea what we are in for,” -- but that would be weird. I was on the other side of the street. No one talks across streets in LA. I kept on walking. I passed an elderly gentleman, standing on his own porch. I smiled and waved at him. I tried really hard to make my smile and wave communicate: “Don’t worry, I’m not going to come any  closer.” He seemed to get the message. He smiled and waved back. And then I felt the pressure in my chest. It kept growing. Then I felt something in my eyes. I was crying. And I almost never cry.

Are we living through the Black Plague? Was it like this, back then? It all seemed so sad. The isolation we have all been living in has suddenly emerged in a visceral form. A concretization of how we really are. Now it’s being pushed into our faces and we have to look at it. I thought about how maybe this might force us to use all of this technology that we have at our fingertips for good — for figuring out how to find a real connection with each other instead of how to insult, judge, and alienate each other. Earlier, I was carefully setting up the iPad for a virtual play-date for my kid. It was so nice just to SEE another family. So strange that a screen, with a mom walking by with an overflowing basket of laundry in her own home, calling out “how’re you guys doing?” could give me so much comfort. Could seem so delightfully normal. Normal. What is normal, now? Even walking was surreal. I  continued on. I saw a couple of men talking to each other. I didn’t know what to do. Did they believe the whole six-feet-plus, keep-your-distance, beware-the-virus, thing? They weren’t obviously close and they weren’t obviously far. And they didn’t leave six feet for me to pass by in. I could walk in the middle of the street, but would that be so obviously weird? But am I carrying this dreaded germ of death? I crossed over to the other side. The whole thing was so poignant. Us, staying away from each other because we care about each other. Us, using the internet to come together, to find each other, when so far it has been tearing us apart.

A woman came around the corner, energetically and enthusiastically walking her dog. “Nice to get out, isn’t it??” she called out to me, as she strode by across from me. She seemed genuinely delighted to talk to someone. She must be extroverted. I felt for her. This must really suck. “Yes, yes, it really is! It’s sunny, at least,” I said, awkwardly. I’m not one for knowing how to talk to strangers. But I appreciated her friendliness. Probably more than ever. “You have a good day now!” “You too.” I ambled on, and I saw a man, riding a bright orange bicycle. He was making lazy circles in the quiet intersection. It looked like fun. He saw me coming and quickly rode off. Probably, like me, he wasn’t sure if being near other people was OK, or if it was the conduit of death. Or maybe he just wanted to be alone with his thoughts. I have felt that way too. I thought about how we are all coping with this in our own way. I thought about how I hadn’t known that I needed to cry. How it came out of nowhere and suddenly asserted itself, a wet manifestation of my soul on my face. And then, in the quiet, it started to rain.