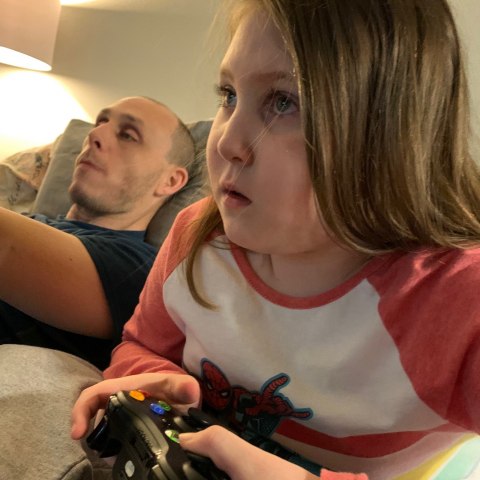 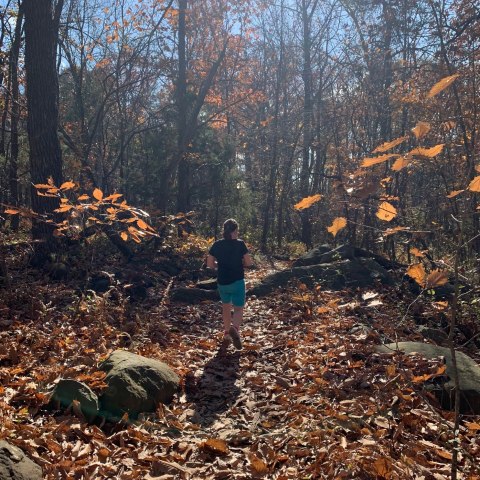 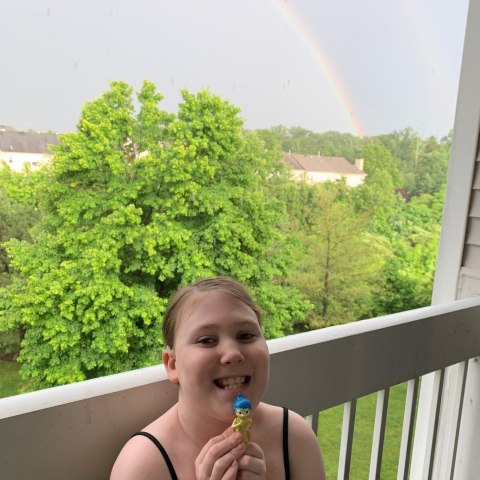 Our lives changed in an instant on March 13, 2020. Being in the suburbs of Washington D.C., and just a few miles from an international airport, our area shutdown before the majority of the country. My job as a child care worker was suddenly tossed to the side when my daughter’s school closed. I, for the first time ever, got to provide a full time education to my daughter, though she had no understanding of anything that was going on. The curse and blessing of being someone with differing needs.

My daughter lost her hearing after a three month stay in the hospital when she came prematurely in 2010. As the years progressed, her speech remained delayed despite the cochlear implants she had to allow her access to sound. Lack of communication and understanding led to major behavioral issues within the public schools. Being a full time employee and navigating school meetings, calls, unexpected requests to pick up my child, it had become too much for me to handle. I had been navigating the best I could, but I was still emotionally and physically drained. As the area shutdown, however, life for the both of us finally became easier. Neither of us were forced to get up at 5:30 in the morning. I knew how to handle my daughter, and the behavioral outbursts that had led to a special school as well as restraint and seclusion were extremely rare as the weeks turned into months. The child who had fallen far behind at school finally started to write, then identify words, then reading sentences. I was lucky, as I was able to receive some pay from work, an extra couple months of health insurance and quickly received unemployment checks. My boyfriend and daughter’s father was an essential worker and remained working full time. We had parents that immediately let us know they could help if needed. My daughter remained mostly oblivious to the reality facing the world. She was very happy to not be going to school, although she requested weekly video chats with her favorite teacher. Her placement was a bit different, so I was sent materials and we checked in once a week so I could show progress of her work.

When the protests began, I did what I could to help my daughter understand. If circumstances were different and she and I could speak about the important issues at hand, I would have brought her to Washington D.C. to march. But years ago, I had made the decision that if she could not understand what she was doing, I would not force my will upon her. We did happen upon a march which blocked the entrance to our apartment complex. She had no understanding, but my daughter smiled and waved to the children marching. As the months continued to pass, we settled in. I kept in touch with some of the children I had taught. I texted friends. My daughter and I would spend an hour a day walking around our neighborhood, or a local farm, keeping our distance and always wearing a mask. While my daughter had opposed the mask at first, one simple bribe to keep it on apparently taught the lesson and she never fought it again. Because I was seeing the daily cases in our county on a daily basis, I did comment online to other communities that masks could help negate case numbers. I was flabbergasted to see the vitriol thrown back at me. I pointed out how essential workers, such as truck drivers and movers could easily transmit the virus before showing symptoms. I feel like I tried to help warn some of the states that would later on have some of the highest per capita case numbers, but many did not want to hear facts. I still can’t understand how wearing a mask to protect others became such a hotly debated topic here in the United States. We were the furthest from “united” since the civil war.

Overall, our “new normal” was pretty good. As the new school year began, I officially withdrew my daughter from school. Her placement changed and was expected to sit for nearly four hours on a computer. Firstly, I knew she couldn’t do that. Her Individualized Education Plan stated that as well. And secondly, as a teacher, I knew I could do better. Kids can learn anywhere. I knew she could learn more with me, and since I was home, that is what we did. It was the best decision, and one I hope we can continue after life goes on after COVID.

My daughter and I would spend some time working on her skills, whether it was reading, writing or life skills. She began to help with the dishes, laundry and cleaning, skills that she never had time to learn in our old, rushed lives. We had a quiet time. We played video games, including virtual reality. We had outside time. We soaked in what we usually missed including rainbows or a walk in the woods. We still kept a normal bedtime.

This isn’t over as I sit down to recollect some of my thoughts over the last year. Schools are still closed. I’m still out of work. It is estimated the vaccine won’t hit the average population until this summer. I don’t foresee my daughter or me returning this school year. Life isn’t going to go back to “normal” anytime soon. Although I, for one, hopes it never does. I want to see a United set of states once more. I want to see how to help our fellow man, not how much we hurt each other, either with weapons or laws. I want to see education valued. I want to see changes with how we treat those with differing needs. I want to see essential workers paid as such. I want to see maternity leave as a right, not a privilege. I want to see women and those of color in more positions of power. I want to see different cultures valued.

I just want a new normal.

Submitted on:
January 4, 2021
This story is part of a Educators collection.