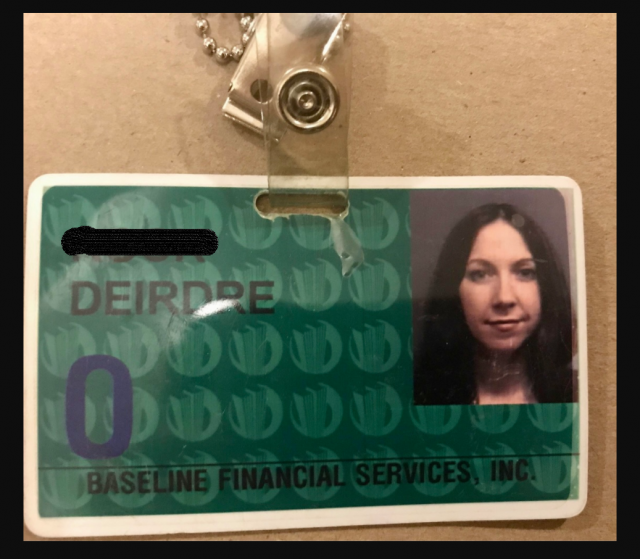 My journey began that beautiful fall morning like it always did, taking the train to Hoboken station and then connecting to the Path train going to the World Trade Center. I stopped at a stamp vending machine in Hoboken Station as I needed stamps to mail some letters home to Ireland. I was always borrowing stamps from my co-worker and friend Bernie. I remember laughing a little to myself that she would be surprised I actually had some for a change. The gentleman in front of me was frustratingly slow, and I was somewhat annoyed that he did not seem to know how to use a vending machine.

It delayed me by a few minutes; how little did I know that would matter.

I arrived at the World Trade Center trade, and as I came up the escalators, it was eerily quiet. In fact pretty much empty except for the police officers charging up the escalators with fierce determination. My first thought was there is a shooter. I was apprehensive to ascent into the lobby, and when I did I it was empty—none of the typical hustle and bustle of the morning commute. I was stunned; I did not know which way to go. I made a split decision to go to my office on the 78th floor of tower 2 to check on my coworkers and staff. I started to walk towards the elevators, and then suddenly, I pivoted. I still don’t know why I changed course. It was instinct. I took the closest exit outside, and there were tons of people all gazing upwards, where I saw smoke erupting from the building.

I was confused and disoriented, unsure which tower I was looking at, and worried for my staff, many of whom were just young graduates. I asked someone beside me which building is that? He said North Tower; a plane has hit. I remember thinking this could not be so; it seemed like something else. I was sure it was a bomb. I don’t know why I thought of that, but I instantly felt certain it was a terror attack.

I decided I needed to go back in and find out where my staff was, and suddenly everyone started screaming, and the second plane whipped around.

It’s hard to describe what followed next, so much noise, smoke, and piercing screams.

Everyone started running, someone grabbed me, and we ran together a few blocks. I told them I was ok and we parted. I walked some more and ended back in front of the buildings again. I had my bag with me; it was heavy, as I had brought some work home, and I remember thinking I should just toss it, as it was slowing me down, but then I thought, how would they identify my body? It was clear we were under attack; they were taking out the city. The noise was excruciatingly painful, and I remember turning down my hearing aids. I kept trying my phone, but there was no service. The police and firefighters were everywhere. I was lost but could not disturb them they had more important things to do.

I knew I needed to get in touch with my husband Rob; we were just married a few months earlier; I needed him to reach my family, to say goodbye. I finally stood in line for a payphone and, by some miracle, got through. He gave me my escape plan - “Get out of the city, don’t take the subway get the ferry. I will find you; they have taken over the planes; we don’t know how many.” I remember telling him I needed to find my staff and make sure they were ago. They were all so young; I hired them. It was on me. We will do that together, he told me. I am coming for you.

I looked back at the towers wondering how long before we could go back to work. God, it was such a special place. I walked some more when a bus stopped beside me, and the driver said, get in. As we drove across town, it was surreal. People were walking, talking, sitting outside; I felt like I had just left a movie scene. Suddenly, I was at the ferry; there were hundreds of people there, all shell shocked.

I don’t know how suddenly someone was calling my name, I looked around, and there was my boss, Barbara Tripp. I remember her shouting, “Oh my god, Deirdre, you’re alive.” People moved apart to let me get her. We hugged in shock and were shepherded onto the ferry, and we stood together looking at the burning buildings, just sobbing. And suddenly before our eyes, our building descended into rubble, right there floor by floor, it can’t be unseen. It was an absolute horror to try and comprehend how much loss there was. We had to disconnect; it was too much to process, too much on this beautiful random day in this city that had become home.