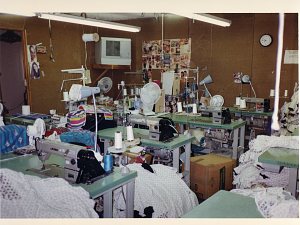 On August 2, 1995, a multi-agency task force led by the California Department of Industrial Relations raided a fenced seven-unit apartment complex in El Monte, California, a small community near Los Angeles. What they found was one of the most horrendous U.S. sweatshops in modern times.

Law enforcement officers arrested eight operators of a Chinese-Thai, family-owned garment sweatshop and freed 72 illegal Thai immigrants. The workers, most of them women, had been held in virtual slavery behind fences tipped with razor wire and forced to sew garments in conditions significantly worse than those found in most sweatshops. 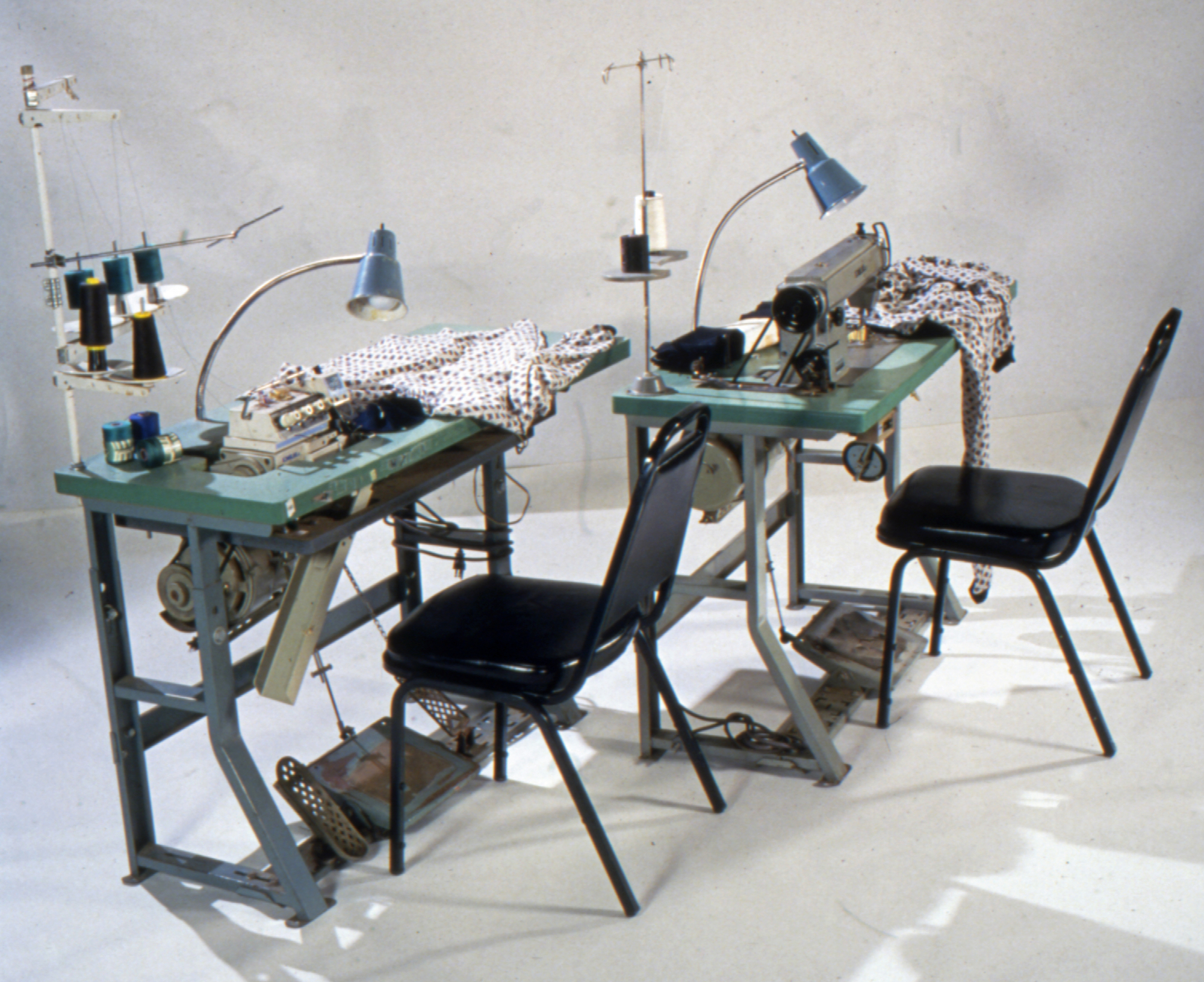 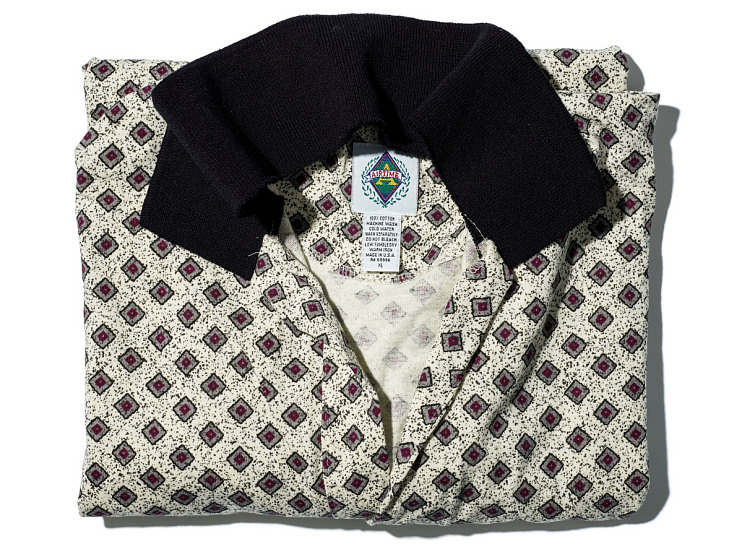 Acting on a tip from the boyfriend of an escaped worker, investigators from the California Department of Industrial Relations staked out the apartment complex and gathered enough information to obtain a search warrant. On August 2, 1995, authorities raided the site. The working and living conditions they found horrified even these seasoned professionals. 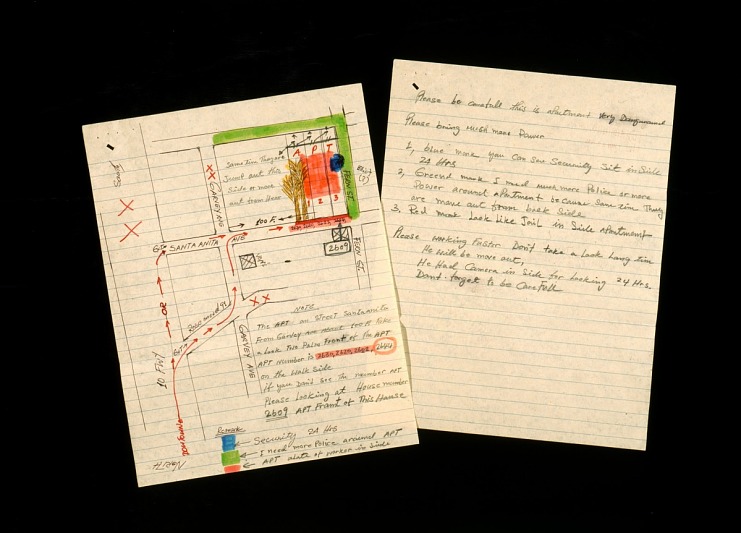 The Business of Smuggling

Recruited from rural areas of Thailand, the workers were tricked into accepting employment by misrepresentations of their future working and living conditions. After signing indenture agreements promising to repay 120,000 baht (nearly $5,000 in 1997 dollars), they were smuggled into the United States on fraudulent passports.

On arrival, their passports were confiscated by their employers. Their debt, a guard force, and threats of harm to them and their families in Thailand discouraged the workers from escaping. Although the confinement of the work force was highly unusual, many aspects of the business, such as recruiting and illegally importing workers, are relatively common. Less enslaving forms of debt peonage occur surprisingly often in some Asian immigrant communities.

Application for replacement passport based on fraudulent claim of loss 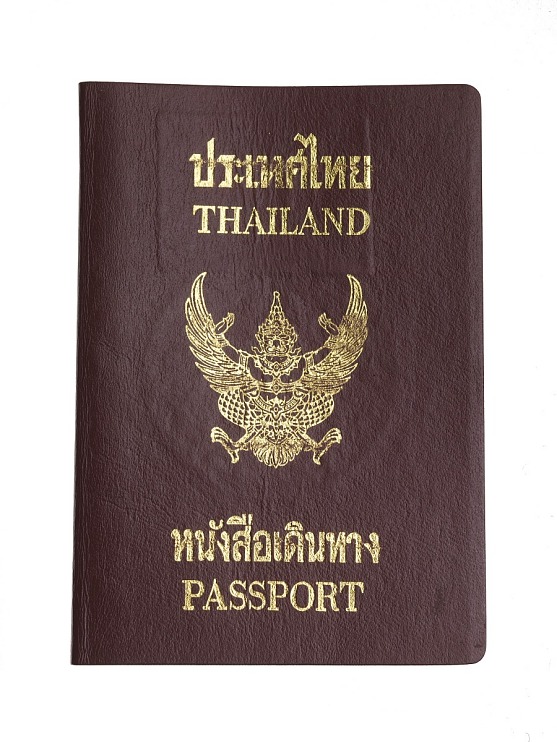 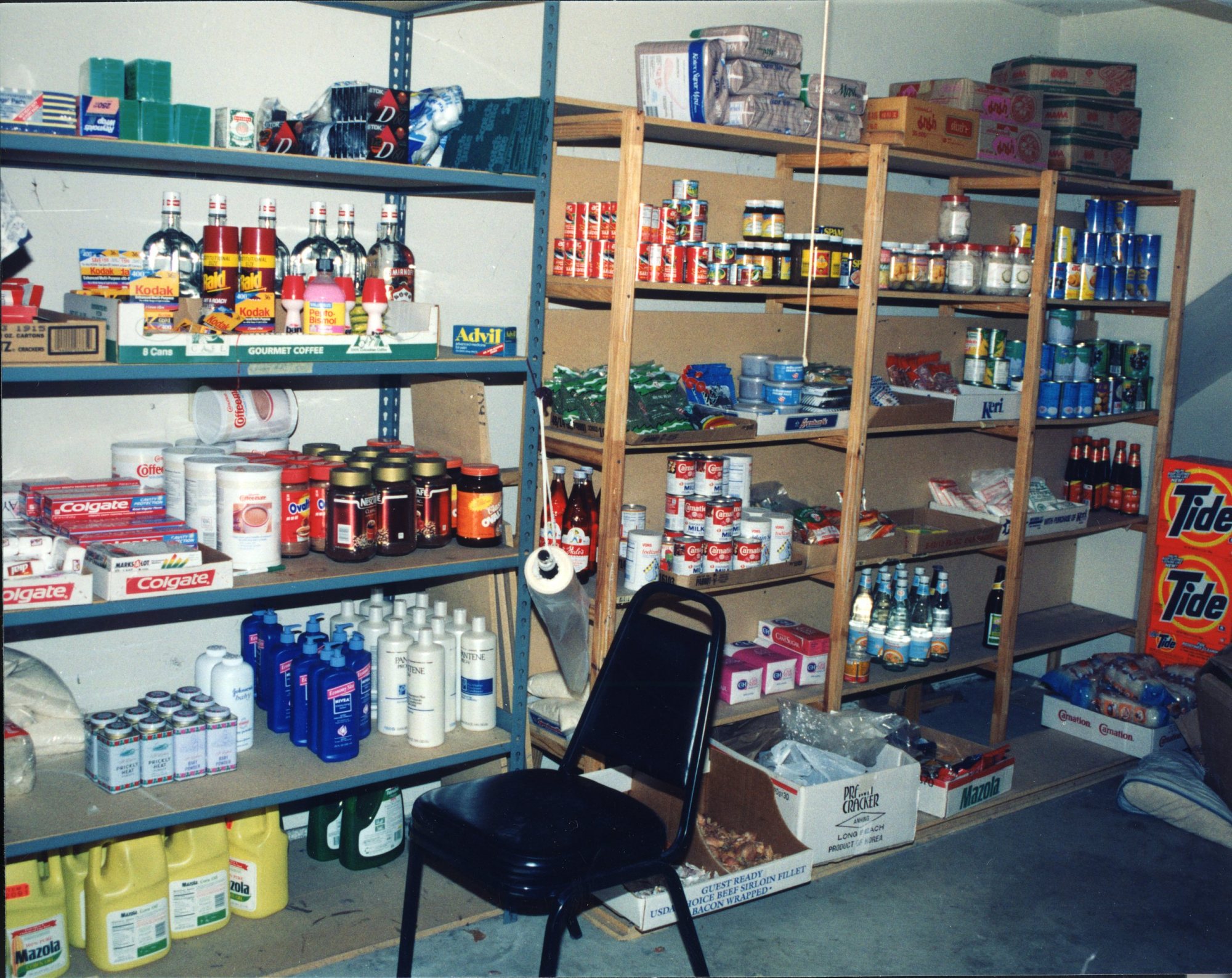 Photo of the El Monte Store 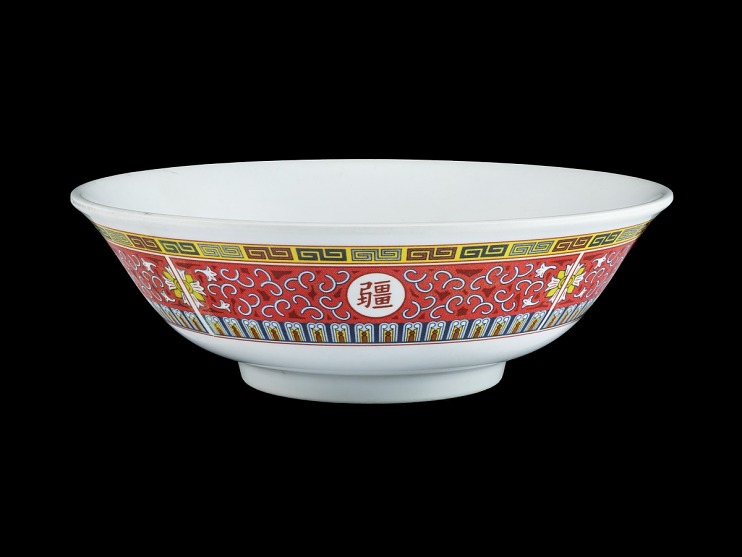 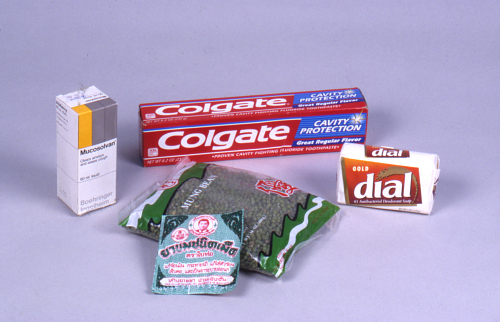 The sweatshop's store sold everyday items like soap and toothpaste as well as food and medicine familar to the Thai workers.

The operators kept the workers disoriented and confused by censoring their mail. To keep workers highly productive, the owners withheld incoming letters containing bad news. Some letters home were not mailed.

Letter from worker to management pleading to leave:

To: Daeng and Boy

. . . I want to go home . . . I won’t mess with you guys again. I’ll forget about the living conditions here. I give you my word as an honest poor person, I won’t cause trouble for you. At least many people love me. Have mercy on the poor people who are working, exchanging their efforts for their destitute families in Thailand.

Letter written to friends in Thailand and intercepted by sweatshop operators:

. . . I want to visit you but can’t because they won’t let us go anywhere. Once a week they’ll take us to buy groceries on Fridays at about 7:30 to 8:00 p.m. It is a very rushed trip there and back. I want to call but can’t because they seized all documentation, including the business card that Mr. Chon gave me. That’s how bad it is. They won’t even let us out for a walk in front of the house.

Letter written to friend in Thailand and intercepted by sweatshop operators:

. . . I really miss Thailand. If I knew it would be like this, I wouldn’t have decided to come here . . . Samli, please tell me what to do. Sometimes I really think about running away from here but I don’t have any documents.

Letter written to sweatshop worker Nit by friend in Thailand imploring her to come home and see her terminally ill father:

To My Poor Friend Nit,

. . . I went to your house and found out that your dad is very ill. The doctor says he won’t live more than three months . . . He asked if you are going to come back to see him. I told him I didn’t know. Nit, your dad deliriously speaks of you often. He says he wants to see your face one last time and wants to know if you will let him. Nit, all your brothers and sisters are here now. You’re the only one left. Nit, are you going to come see your dad or not? 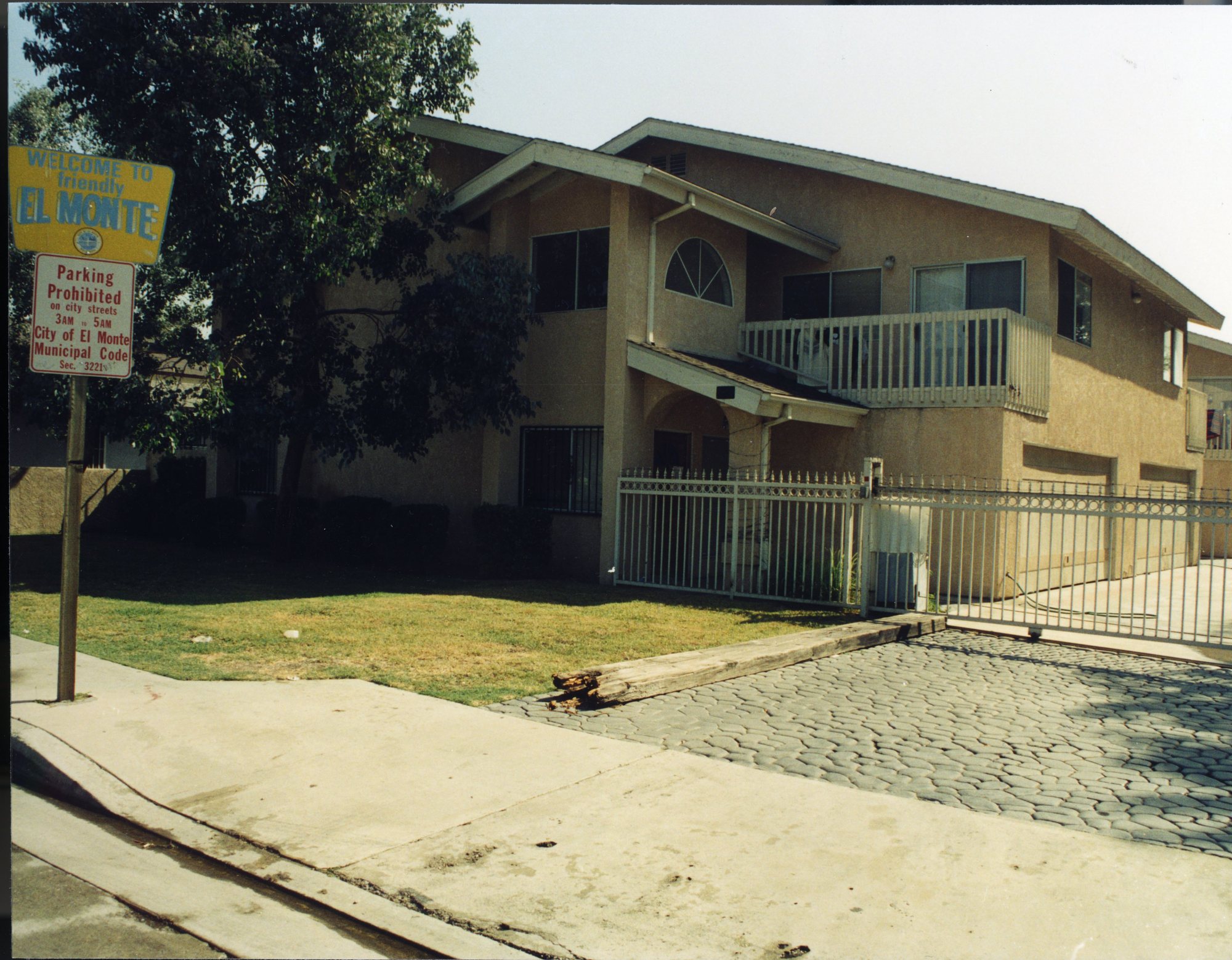 Phillip Bonner, U.S. Immigration and Naturalization Service, 1995
S&K Fashion (also known as S&P Fashion and D&R Fashion), a small manufacturing operation in the Los Angeles garment district run by the El Monte operators, fronted for the sweatshop. Working from two locations, the shop’s 50 to 80 Latino employees provided the theoretical source of garment production when representatives from retailers and manufacturers came to inspect facilities and the merchandise they ordered. However, even this shop was in violation of wage and hour codes. Workers, mostly women, finished the garments, put them on hangers, and added tags in preparation for delivery to stores and manufacturers. 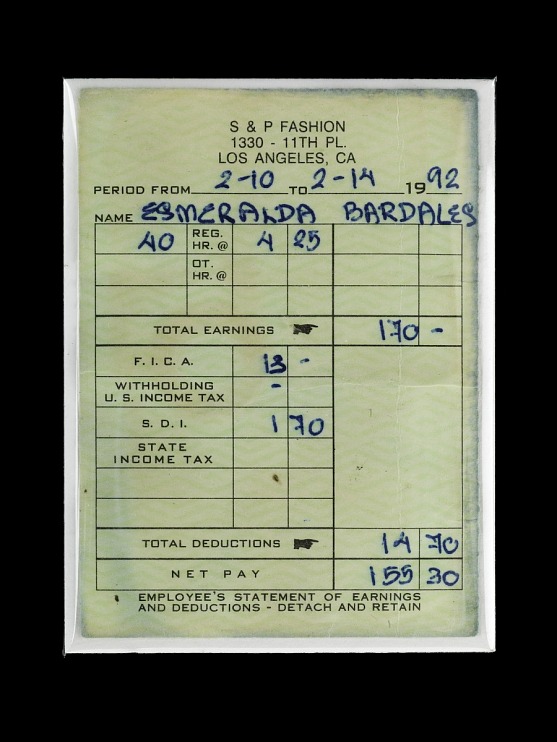 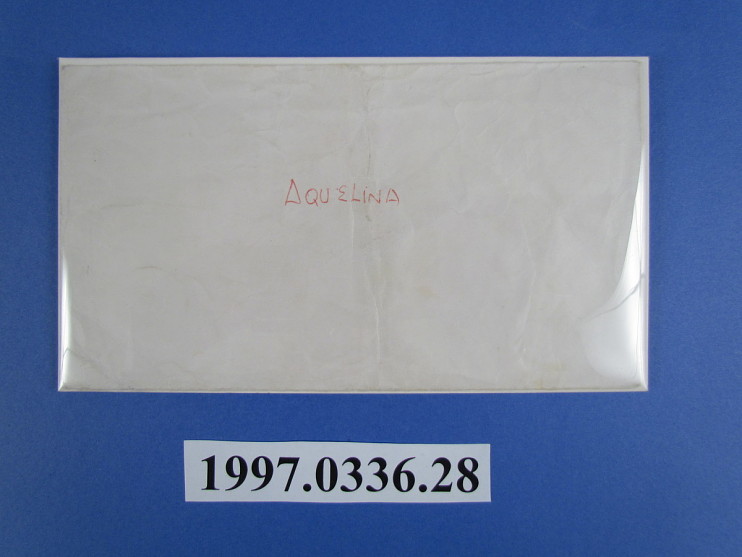 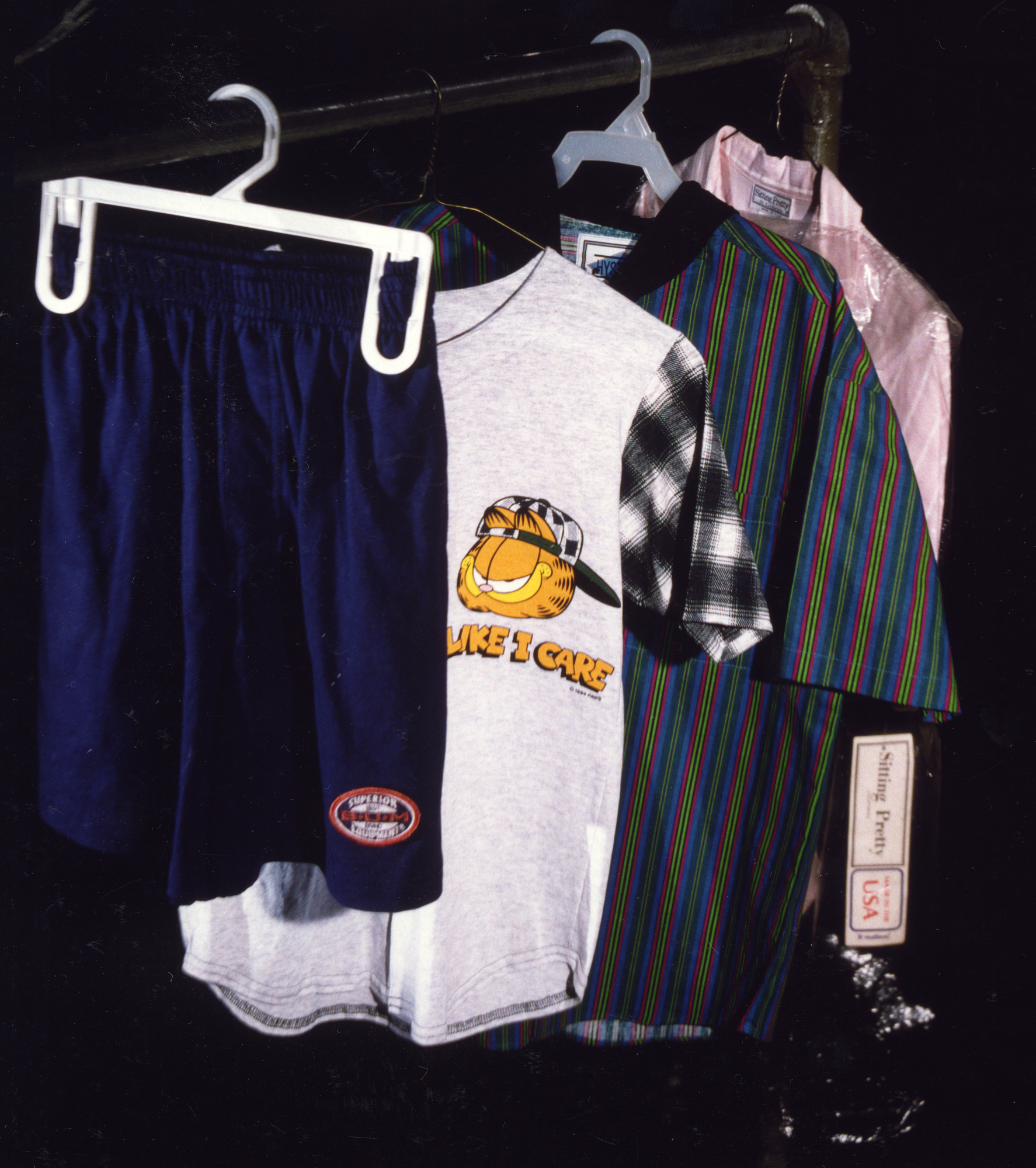 Garments made in the El Monte sweatshop 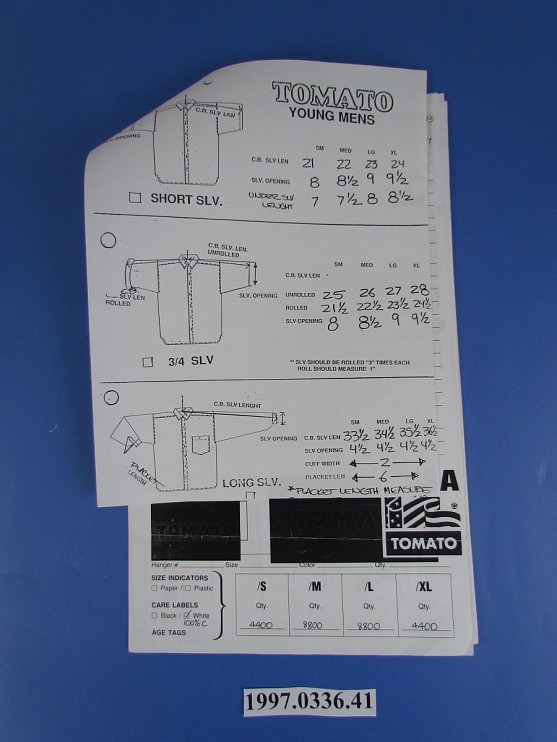 The El Monte shop assembled a variety of garments for retailers, manufacturers, and other contractors. Following the raid, federal authorities prosecuted the sweatshop operators on criminal charges, while the workers sued the companies that contracted with the El Monte shop for back wages.

Montgomery Ward, Mervyn’s, Tomato Inc., Bum International, L.F. Sportswear, Miller’s Outpost, F-40, Ms. Tops, Topson Downs, Beniko, and Balmara made no admission of wrongdoing but agreed to pay more than $3.7 million to the 150 workers who labored in the El Monte sweatshop and its front operation over the years.

As in most cases of sweatshop production, these 11 organizations contend that they did not knowingly contract with operators who were violating the law. 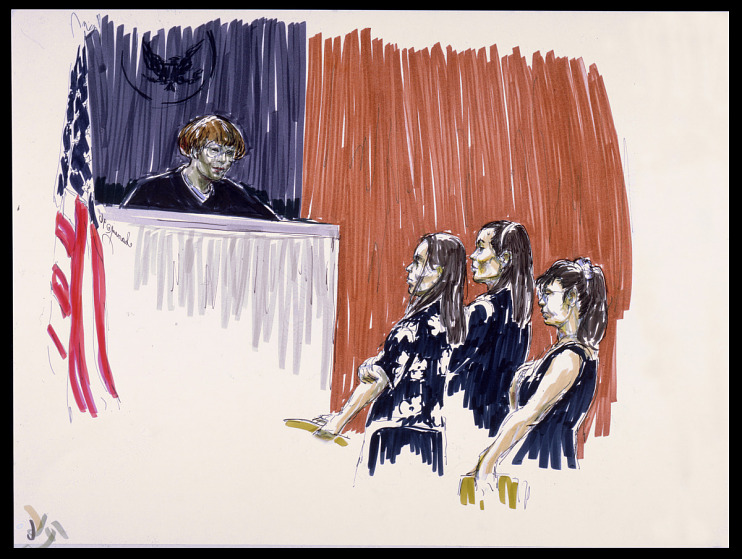 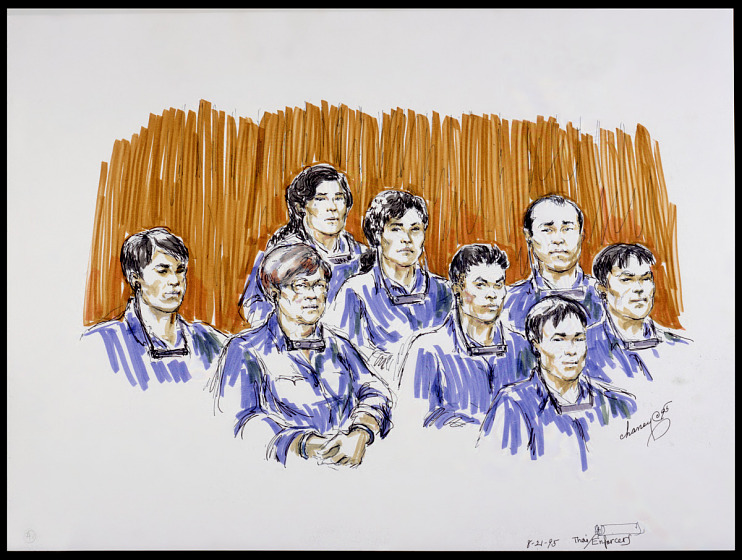 The First Day of Freedom

After the raid, the workers were held in custody awaiting deportation. Nine days later, they were released as material witnesses pending trial of the sweatshop operators. Concerned for the workers’ safety if returned to Thailand, the federal government granted them legal residency with the right to work in the United States. All expect to apply for citizenship after residency requirements have been met. Since being set free from El Monte I was able to experience a good side of America. So now I have come to see there are good aspects to this country. . . . I believe this country is truly a land of freedom . . .”— Praphapan Pongpid, El Monte sweatshop worker, 1996

We will continue to use every tool in our arsenal to end the exploitation of garment workers”— Robert Reich, U.S. Secretary of Labor, 1995

The discovery of the El Monte sweatshop shocked the nation. What many consumers thought took place only in other countries was happening at home.

The El Monte sweatshop, like the Triangle Shirtwaist disaster, has become a powerful symbol in American history. Although many sweatshops have been raided in recent years, El Monte has been used as a media event by U.S. Secretary of Labor Robert Reich; Victoria L. Bradshaw, State Labor Commissioner, California Department of Industrial Relations; and others to galvanize the American public into action. Some industry representatives suggested the situation has been blown out of proportion. Others wondered whether it was just the tip of the iceberg.